Stuck on (a couple of) diagramless kakuros

I was working through OAPC 6 (http://oapc.wpc2009.org/archive.php?id=46). I was having trouble with the diagramless kakuros. The rules for this puzzle are as follows: Place the numbers $1-n$ (7 and 9 respectively) into the grid to form a valid kakuro. The black squares should have symmetry with respect to 180 degree rotation about the centre. The clues represent sums formed in the grid. They are in order of where the first number in the sum appears, going across the first row, then the second row, etc. Every number in the puzzle must be in a sum of at least 2 numbers in each direction (so no singletons, neither horizontally nor vertically). All white squares should be connected.

I have worked through the one on the left a bunch of times and keep running into a problem in the top right corner. I am not convinced the puzzle is possible and was hoping someone can give it a try and either confirm my suspicion or give me a hint/solution.

The second one I only worked through twice, so I am less convinced it is necessarily broken. However, I have not managed to solve it and ran into the same problem both times. So I guess for that second one, once I am asking about the first one, I am just more interested in a "yes or no" with regards to whether it is possible or not. 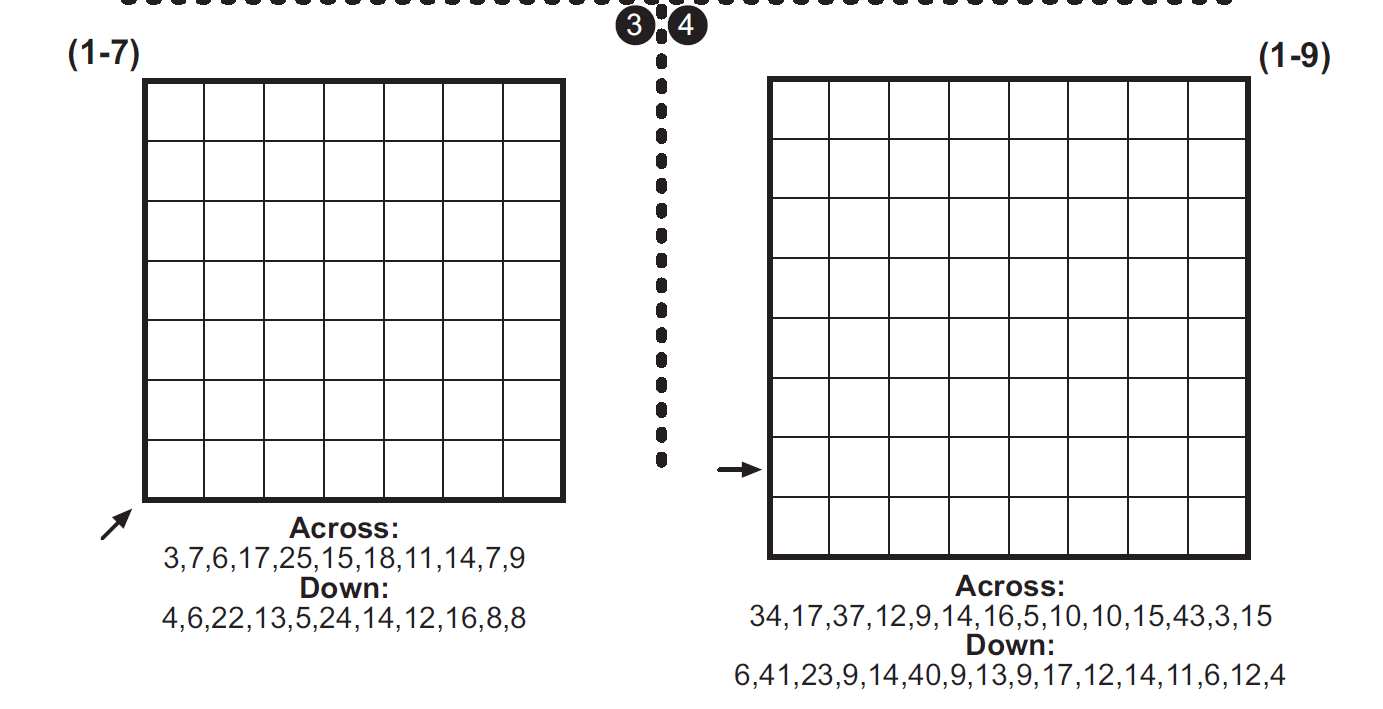 Looking at the 7x7 grid, my answer is

First I worked out the length range for each solution.

After some unsuccessful (even wrong) attempts to work it by logic, I resorted to making a C program to figure out the possible grids. The sequence of the Across solutions was fairly easy, but not so for the Down solutions, as they vary accoring to the starting row.

I found one grid fitting the symmetry and possible length and sequence of the lights: 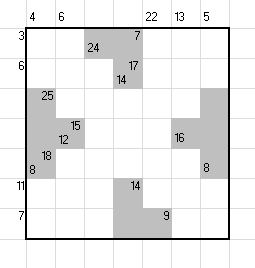 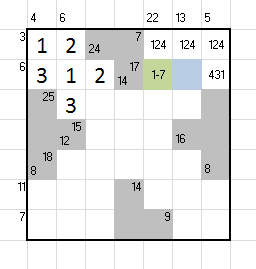 This allows a range for the blue cell to be found from the 17 Across clue. 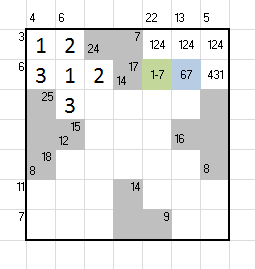 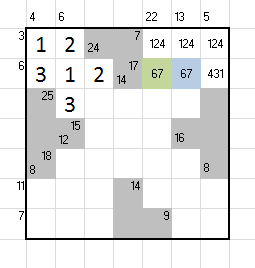 Which resolves to this 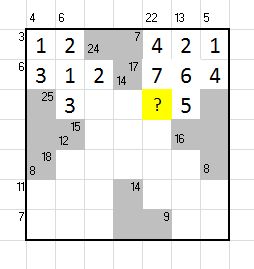 Not the answer you're looking for? Browse other questions tagged logical-deduction solvability or ask your own question.

3
Magic cutting squares with given sum
8
Can you solve the 7x7 (sudoku-ish) centered sums puzzle
38
Sudoku embedded in a Kakuro
4
Can you solve this kakuro puzzle?
4
Minesweeper challenge #2
8
Stuck on a puzzle
3
Stuck on a Tapa (variation)
26
Hokuro Puzzle: Introduction
9
Hokuro Puzzle 10x10
6
Fillomino with Sums: The Fillo That Smiles Back!