An odd chess crime has occurred. The below position, a criminal one, was on the board when it was intercepted. 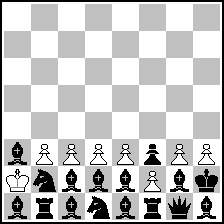 Is it a legal or illegal chess position? Give reasonable proof as to why. You are to judge whether it is guilty (illegal) or innocent (legal)!

To start with White had 9 pieces to offer, and black has 9 bishops (5 black and 4 white) and a pawn in f3 in the end with the starting knight pair, rook pair, and a queen.

3 more bishops to promote while the black need to move to A1 or H1 with 7 pieces remaining?


To go from C to A column white needs to sacrifice 2 pieces. The same story goes for F to H. This means black has 8 bishops (4 black,4 white) currently. While white only had 3 pieces left to offer. Meanwhile, the end positions show that black got 5 black bishops and a pawn at f3 in the end.

The leftover pawn was D, E of black. This means E pawn needs to be promoted in E1 for it to be black, this cost white 2 pieces for a black pawn to go to F row and back to E row. Finally, D pawn needs to go to the F column and this requires white to fork out another 2 pieces. Which white missing out a piece.

After a deliberation of several months, the jury has reached a verdict, and found the defendant

Since there are very few legal options for white's latest moves, we can deduce that two moves ago the board must have looked exactly like this: 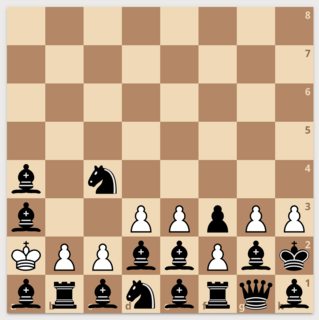 It is now white's turn, and the current position was reached by these moves:

(Anything else would require that the game was in an illegal position earlier, (missed possibility edited in after OP's comment:) or that the white piece that made the previous move was just captured, which would also add a ninth captured white piece to the tally.)

This means that all the bishops must have been promoted while b2 and c2 were unmoved.

Since all black pieces are accounted for, and all the 7 missing black pawns were promoted to bishops, the unmoved b2 pawn means that there can only have been one promotion on a1.

Taking this into account, let's count the minimum number of captures required to promote the black pawns:

Adding these up, we don't even need to check the colours of the bishops' squares to reach the verdict: black's promotions can only have happened if at least 9 white pieces were captured, but only 8 white pieces are missing.

16
Are you more clever than Alice?
14
Replace a piece to checkmate
10
Queen & “paralyzed” King vs King
8
Uncle Jimothy and the Kriegspiel match
21
Monte Carlo Chess
12
Getting rid of all chess pieces (except the kings) in a sequence consisting only of captures
8
Fabi and Mag played chess again
8
Reconstructing A Chess Game #4
10
How many total checkmates can you possibly make against the enemy king?
2
Pawninos-44 Checks In A Row