The House of Hippolyta was one of those small boutique-type shops that often spring up in well-to-do parts of town, that could somehow afford to sell only a very narrow, specialist range of one specific type of product. Hercules had never understood how these shops could possibly do enough business to make a profit, but they always seemed to, so there was a clearly a market in Athens for...

“Belts with novelty buckles!” exclaimed Admete, the owner, gesturing around her at walls which could barely be seen beyond the hundreds upon hundreds of belts on display, each with its own unique (often colourful) buckle. Everywhere he looked, Hercules could see buckles shaped like animals, sports logos, numbers, household appliances, celebrities, body parts, street signs, TV characters, foodstuffs, flowers... – a huge variety. Admete continued: “The finest quality novelty belts from the top designers of today. I am only ever interested in the top lines, see – everything else is ‘below the belt’!”

Admete laughed at her joke more than was deserved and pointed to a sign mounted behind the till:

She slid a sheet of paper across the counter. Sure enough it contained a crossword grid and some clues.

“The clues are cryptic,” she explained, “but the crossword itself isn’t quite as straightforward as you might expect. Complete the grid and then work out how to derive from it the object which the buckle of your mother’s belt is shaped like.”

Hercules picked up a pen, took a deep breath and began... 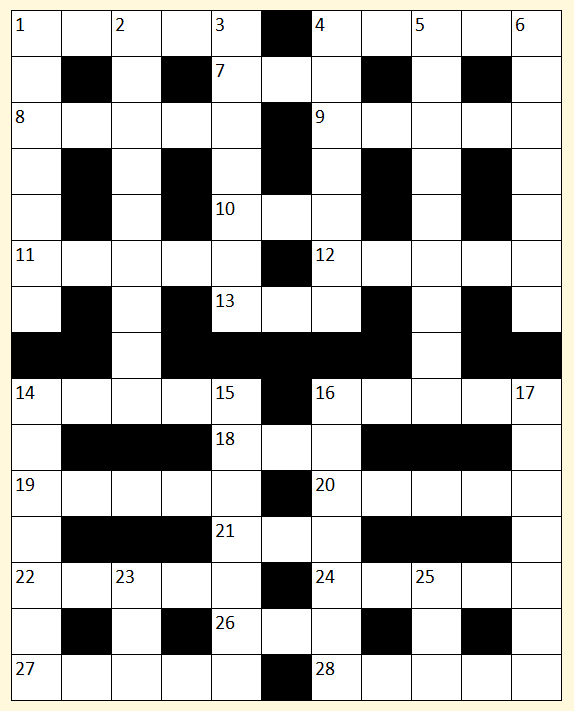 The final answer is produced in a visual manner from the overall arrangement of letters in the completed grid. Interpret the remaining story hint correctly and the answer will soon be in hand without the need for any deep, complicated analysis...

See Deusovi's answer for the first step of filling in the grid. Now

mark all the letters that are top-line in the sense of appearing on the top row of a QWERTY keyboard. We get (choosing a suitable orientation for two of the words necessarily left ambiguous in Deusovi's answer): 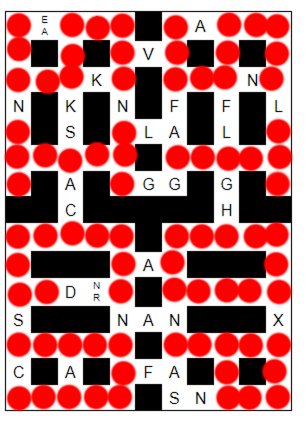 or, rotating through 90 degrees and suppressing the distracting crossword grid itself, 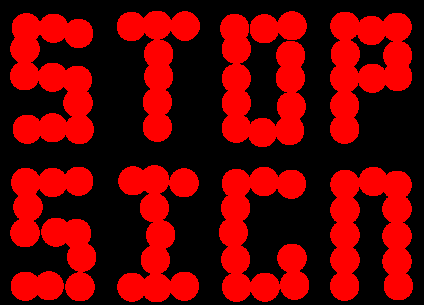 so evidently the buckle resembled

Partial answer: Grid filled, not sure how to extract

The trick to filling the grid is that

some answers must be reversed before entry (as hinted by the second line of the policy, "if it doesn't fit, it's fine to bring it back").

The filled grid, and clue explanations:

The only unused information from the puzzle is the first line of the policy: "If it isn’t top-line, we’re just not interested."

There are three ambiguities in the solved grid, confirmed in chat to be disambiguated by the extraction.

Many letters in the left and right sides seem to match, but it was also confirmed in chat that this is not relevant.

Not the answer you're looking for? Browse other questions tagged word enigmatic-puzzle visual story cryptic-crosswords or ask your own question.