Arabia and the Middle Ages 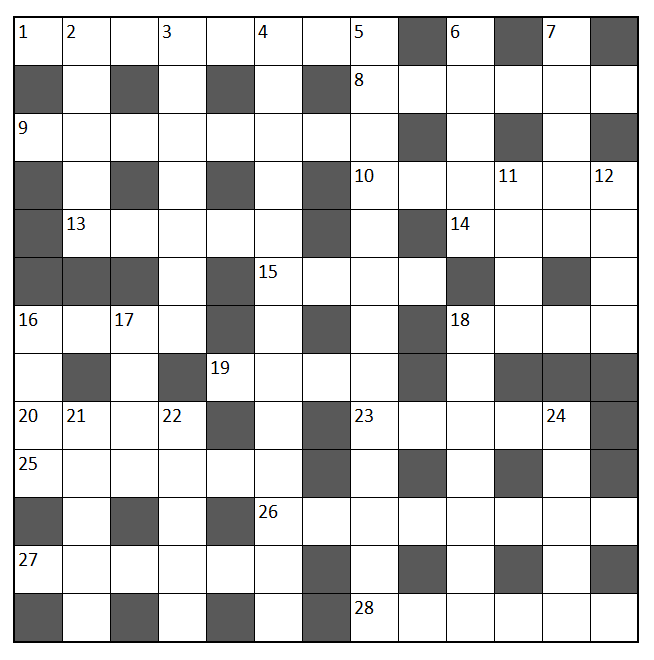 Down
2. Bullet's shape (5)
3. Heads of poles seen after going out (7)
4. Perhaps the Solomon Islands duly constrain flying (6, 7)
5. Peddling some kind of greeny mass, in a relative sense (7, 6)
6. Support South Chicago's footballers (5)
7. Last of herb as one additional, finishing ingredient in pesto sauce (5)
11. In the Middle Ages, Arab striking heart of Sauron's realm (4)
12. From the south, identify peaks (4)
16. Unfairness starts to become increasingly apparent before the end of elections (4)
17. Category of heartless predator (4)
18. The case of eleven attempts to get permissions to go in (7)
21. Royal Brewery's product knocked back (5)
22. Collect from a man with donkey (5)
24. Deliver flowing verse (5) 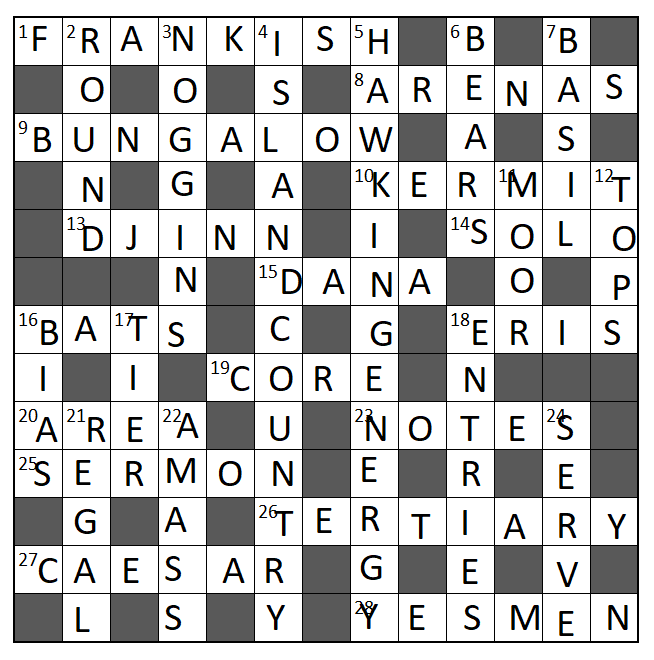 ARENAS (def "stadiums", first ARE followed by S for small beyond the ends of NbA).

DJINN (def "in Arabia, spirit"; sounds [on the radio] like gin which is a spirit found in a tavern, or DJ followed by INN).

SOLO (sounds [on the radio] like "so low"; I guess "never tell him the odds" refers to Han Solo?)

DANA (def "in the X-Files, Scully"; appears [in secret] in "planneD AN Attack").

TERTIARY (def "like Violet and Amber", which are apparently tertiary colours; TIA is Spanish for "aunt", in the middle of TERRY). Thanks @Jens!

ROUND (double def). Thanks @OmegaKrypton!

NOGGINS (def "heads", ends of SeeN after anagram of GOING). Thanks @hexomino!

ENTRIES (def "permissions to go in"; outer letters or "case" of EleveN, followed by "attempts to get" = TRIES). Thanks @OmegaKrypton!

Partial solution without using Omega Krypton's answer. After getting this far, I used OK's solutions for 9, 28 across and 2, 12, 17, 18 down, since he said "feel free to use". Just wanted to record how far I got without any help. Feedback section: this was fun to solve. The easiest clue for me was 24 down, followed by 22 across. Then I gradually put things together starting from the bottom left. The hardest clues were 1, 19, 26 across and 3 down. For both of the massive clues (4 and 5 down), I got one word first (ISLAND and ENERGY) and filled that in because I was pretty sure about it, long before finding the other half of the clue.
Share
Improve this answer
edited Nov 15 '19 at 16:01
answered Nov 15 '19 at 14:27

Had to sleep, feel free to use this partial... Solutions (Not spoilered)

SOMEONE FIX MY SPOILERS!

6
Is it permissible to put the straight or definition in the middle of the cryptic crossword clue?
6
Why is this the answer?
1
7 down: The end of the flower festival (6)
9
A cryptic crossword (and request for feedback)
68
The Two-Trench Truce
15
Elves, Hobbits and Dwarves
7
Jazz and all that
13
Long John and the Persian poet
16
Friday's the most cryptic day of the week
8
Meat, metal and Mediterraneans