What pattern could be placed in the last square to complete the sequence?

It seems that the pattern goes:

Therefore a suitable pattern for the last image would be: 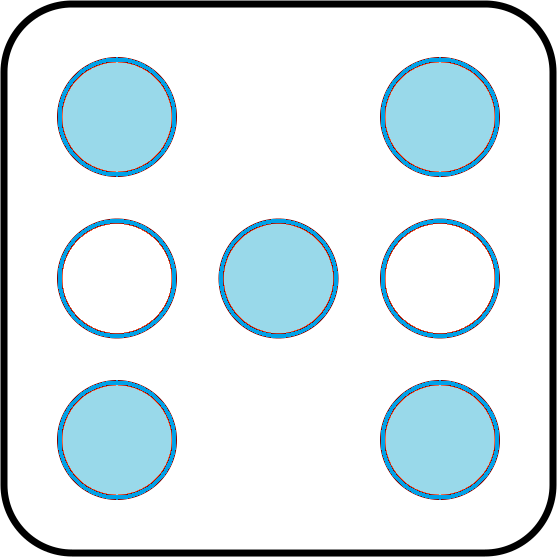 Which is the usual pattern for a 7 dotted dice, often used in dice games.

The pattern appears to build up, adding dots and colors, leaving the sequence "full" at the fifth square, with no room to add anything after that, so you could make an arbitrary choice as to what happens next, such as:

If we take this pattern as a part of a bigger and complete pattern with a well defined rule, then this makes sense: 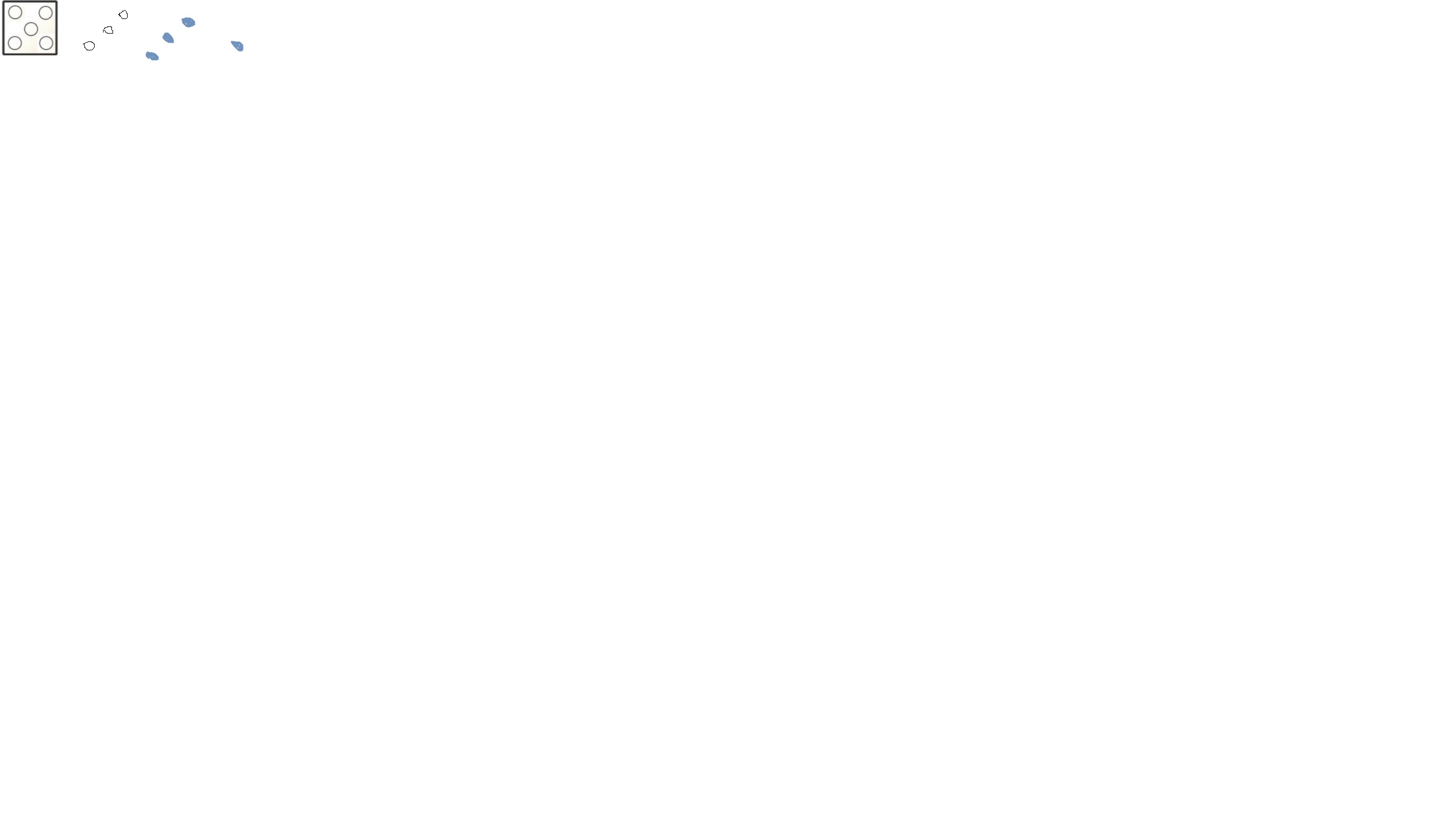 It is a complete palindrome-like pattern with "mirrored" operations (add-change-add- change-change-remove-change-remove). It eliminates the obscurity how to add white spheres after item 5. It involves operations that have already been used, so in this sense it is not arbitrary any more.

Not the answer you're looking for? Browse other questions tagged enigmatic-puzzle pattern visual combinatorics sequence or ask your own question.