This is my first puzzle, but strongly influenced in style by the type of puzzles you see monthly at Puzzled Pint. If you are fortunate enough to live in a city where they are hosted, I would really recommend going. Depending on how this one goes, it is planned to be the first of a series along the (deliberately clichéd) theme of a treasure hunt.

This story begins like any good treasure island story, with a cliché!

Your widowered father is aging, and the family have decided to move him to a retirement home so he can get the care he needs. He has been living by himself for the past decade and has accumulated a lot of various items - to be brutally honest, mostly junk. Being the most limber you volunteer to clean out the attic. While scrambling around - being carefull not to put your foot through the ceiling - you come across an old backpack which contains a collection of paraphernalia one might expect to see for an old-timey exploerer, such as a gas lamp, rope, hard hat, and a scrap of paper. The paper catches your eye. You pocket it and head down for an explanation.

"It is back from when I was in the navy. We found this map, found the island too. Scoured it as best we could, but only had a couple of weeks we could spare. It was abandoned, but we certainly weren't the first there. Rumour was that a treasure of some fantastic nature was hidden somewhere on it. I was putting together a few things to go back and search for it, but that is when your mother passed and my priorities shifted a bit. Then I guess I just lost the enthusiasm."

You examine the map closely. It contains a coded message which might give some clue as to location or nature of the treasure. Or it might be meaningless twaddle, but it is a good a place as any to start. 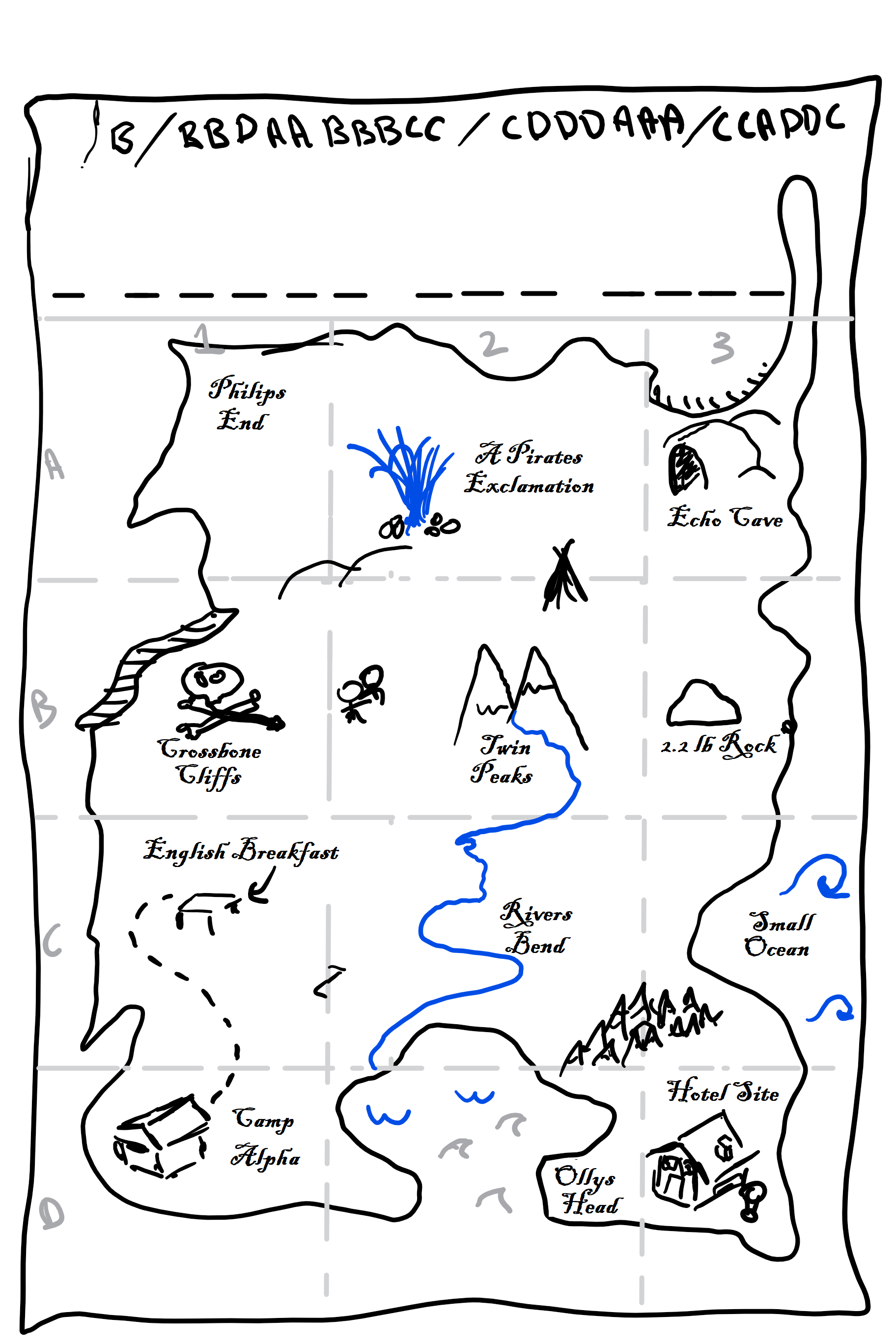 Question: What is the message?

The handwriting on the map is not great, so a transcription of the coded phrase is given below if required.

The way to reveal it: