This puzzle is part 12 of the Double feature series (first part here). The series will conclude in "Double features: The wrap-up".

Rules of Tents and Trees1

Across
3. Arab Republic of Syria is in utterly secret revolution (7)
6. A small one was a giant leap for hamsters? Perhaps the other way around (4)
8. Worried, Simon had to present a warning (8)
9. The one preceding the first of her kind (3)
11. Japanese artist's monologue part (3)
12. Verbally chase away a moccasin, maybe (4)
15. Mother of partially historical leader buried in mausoleum (3)
16. Making a turntable finally play back high-pitched noise (4)
18. Moderator loses right to proceed becoming dictator (4)
19. Man and father destroyed in rampage, leading to violent outburst (4)
20. Energy field's centre protects a small relief (4)

1 Paraphrased from the rules on Cross+A.

Solve both puzzles to answer the question: What does the bookkeeper have many of?

What does the bookkeeper have many of?

The grid with the cells from Glorfindel's answer highlighted: 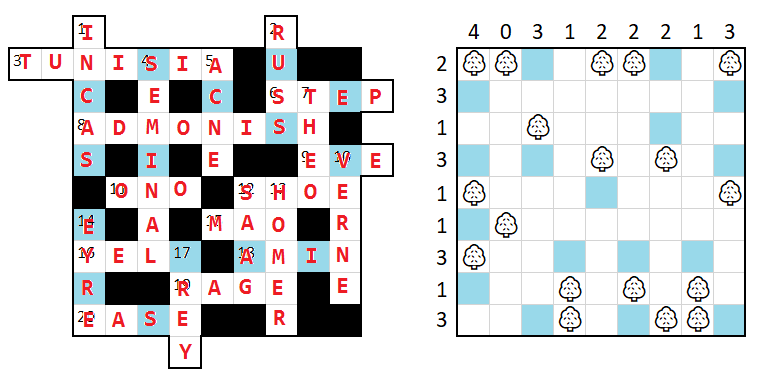 Here's the solution for the Tents & Trees part: 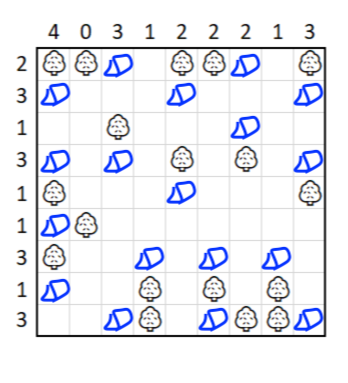