The following is a hybrid Star Battle and diagramless cryptic crossword. Solve the clues and the grid, then place the clued words in the grid in a logical manner. 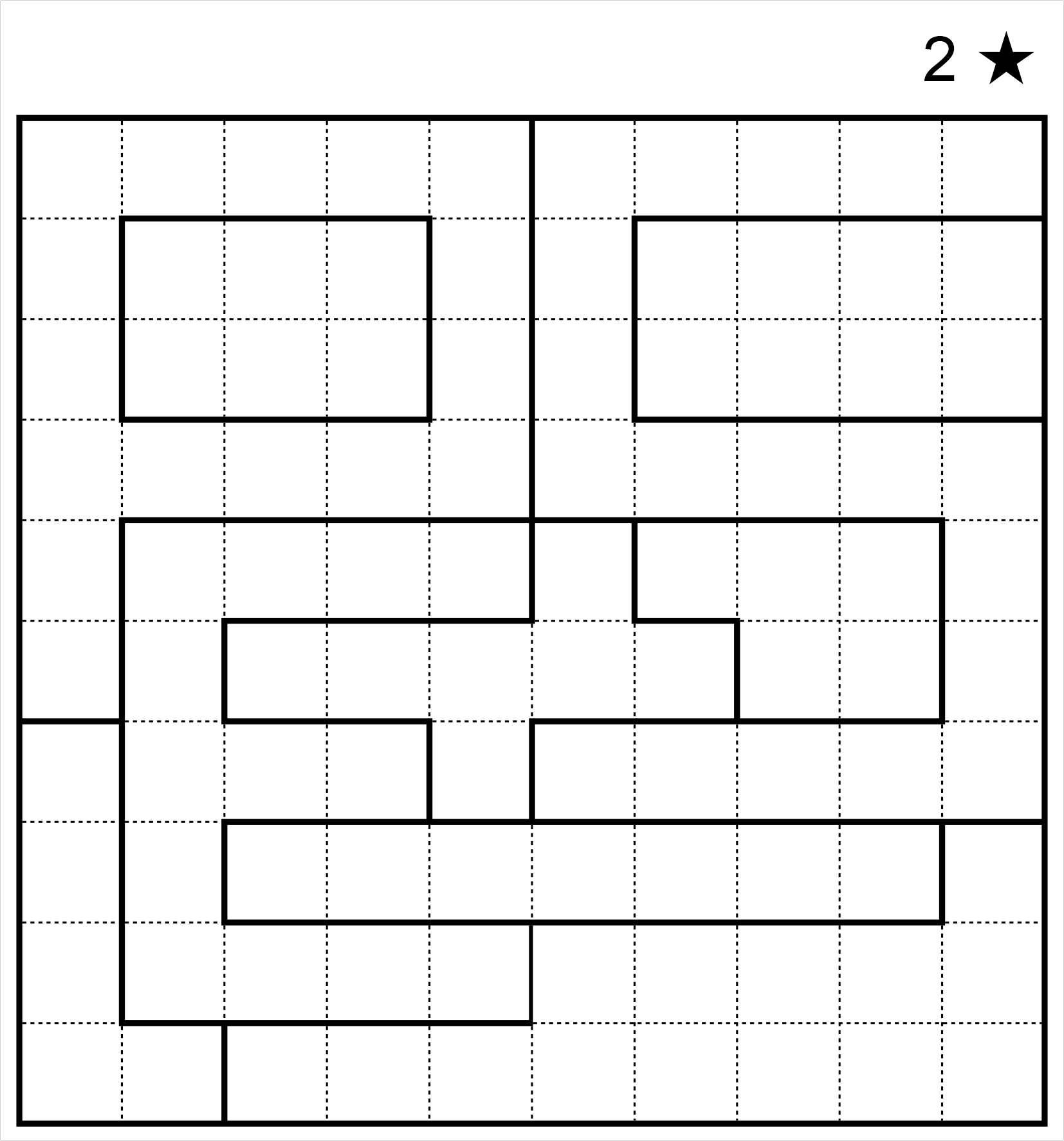 1 Paraphrased from the original rules on Grandmaster Puzzles

The five-cell region must have a star in the top left cell. That then places a star in the central region as well. We can also rule out some cells near the bottom left because they'll remove too much of the lower left region; additionally, row 8's two stars must be both in the flat region. 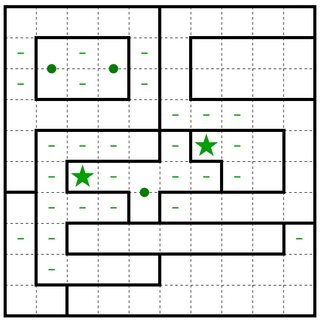 Then, the sixth row and fifth row can be completed, since there's only one place their stars can go. 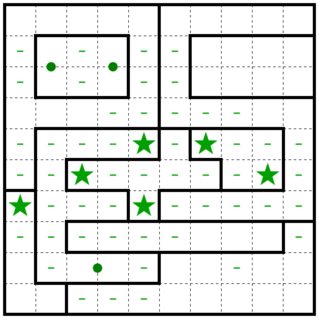 The eighth row can be completed, and then the lower left region needs to have the other star in the ninth row.

The sixth column is full except for two spaces, which must have stars. 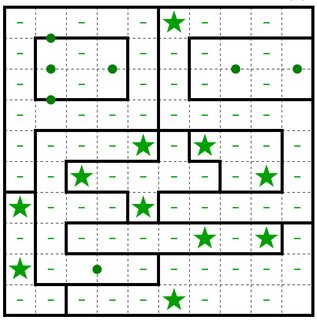 Finishing off the puzzle: 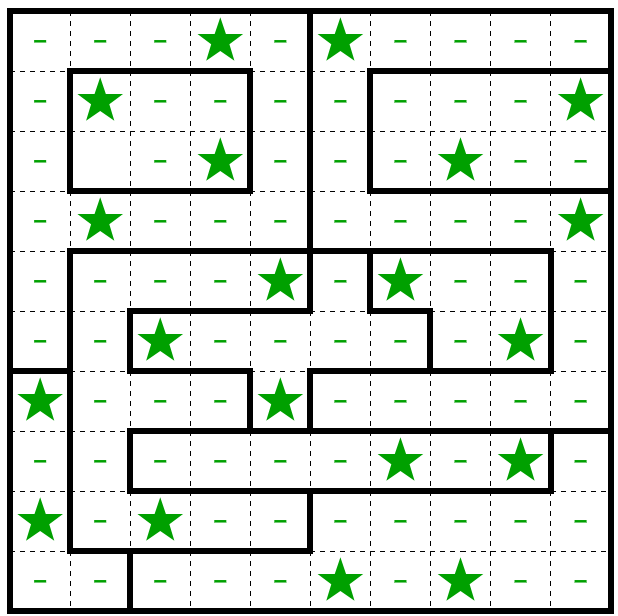 The answers to the cryptic clues: 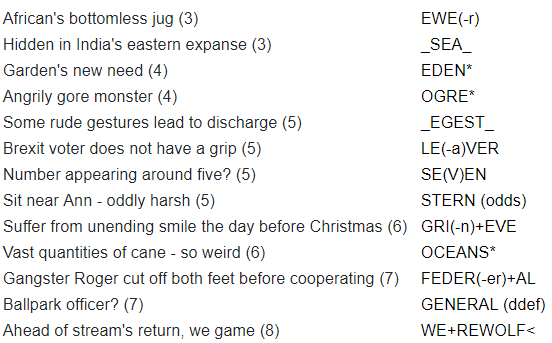 To assemble the grid, notice that there are:

a suspiciously large amount of Es in the answer phrases.

the words can be assembled so that the Es are exactly in the locations of the stars.

Here's how to do it: 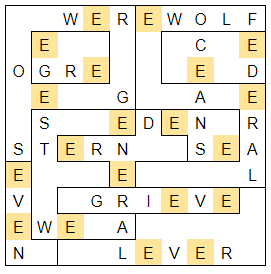 OCEANS only goes in one place. After that, SEA can be placed, and the word to the left must be EDEN or SEVEN. Either way, this needs to connect to the rest of the grid with a vertical word through the two Es in column 5. The remaining words can be placed through similar logic.

Not the answer you're looking for? Browse other questions tagged logical-deduction grid-deduction cryptic-crosswords or ask your own question.