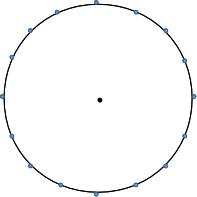 27
The lion and the zebras II: The lion with millimeter-long claws
38
Variant of lion and 100 zebras
10
Precision Tag - can the lion win?
26
Lions and Zebras on a Chess Board
6
Unsportsmanlike Aliens
24
Angels & Demons (Open question)
2
Radioactive River
21
Can you survive this infinite zombie attack?
2
1 lion, with a zebra and a fixed enclosure
8
Survive the infinite zombie attack II