Puzzle from my good friend and fellow Sporcle user, AuroraIllumina!

Eight children are riding the carousel: four girls (Anna, Beth, Claire, Diana), and four boys (Eric, Frank, George, Henry). It is your job to determine which position each of them is sitting in. 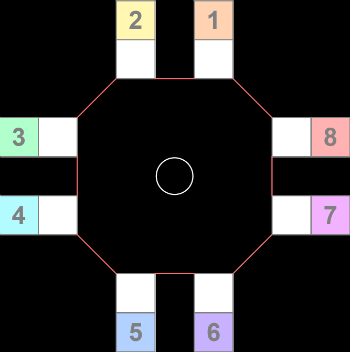 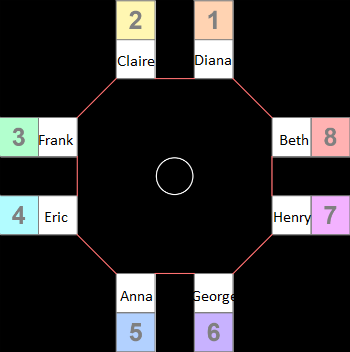 The two people with 6-letter names are opposite each other (four seats apart)
> since Claire is on 2, George has to be on 6

Exactly two people are in seats with the same number of letters in their name, both are boys
> Eric has to be on 4