How to flip top row center pieces on a 4x4x4 Rubik's cube? [duplicate]

I'm trying to solve a 4x4x4 Rubik's cube by first reducing it to 3x3x3 and I'm stuck in the end. I've completed all sides, matched all corners, but two pieces remain and I can't figure out how to flip them without disturbing anything else. By the way even if I break it down to the point where it resembles a 3x3x3 and start solving it again, the same scenario repeats itself again in the end, but with a different color. 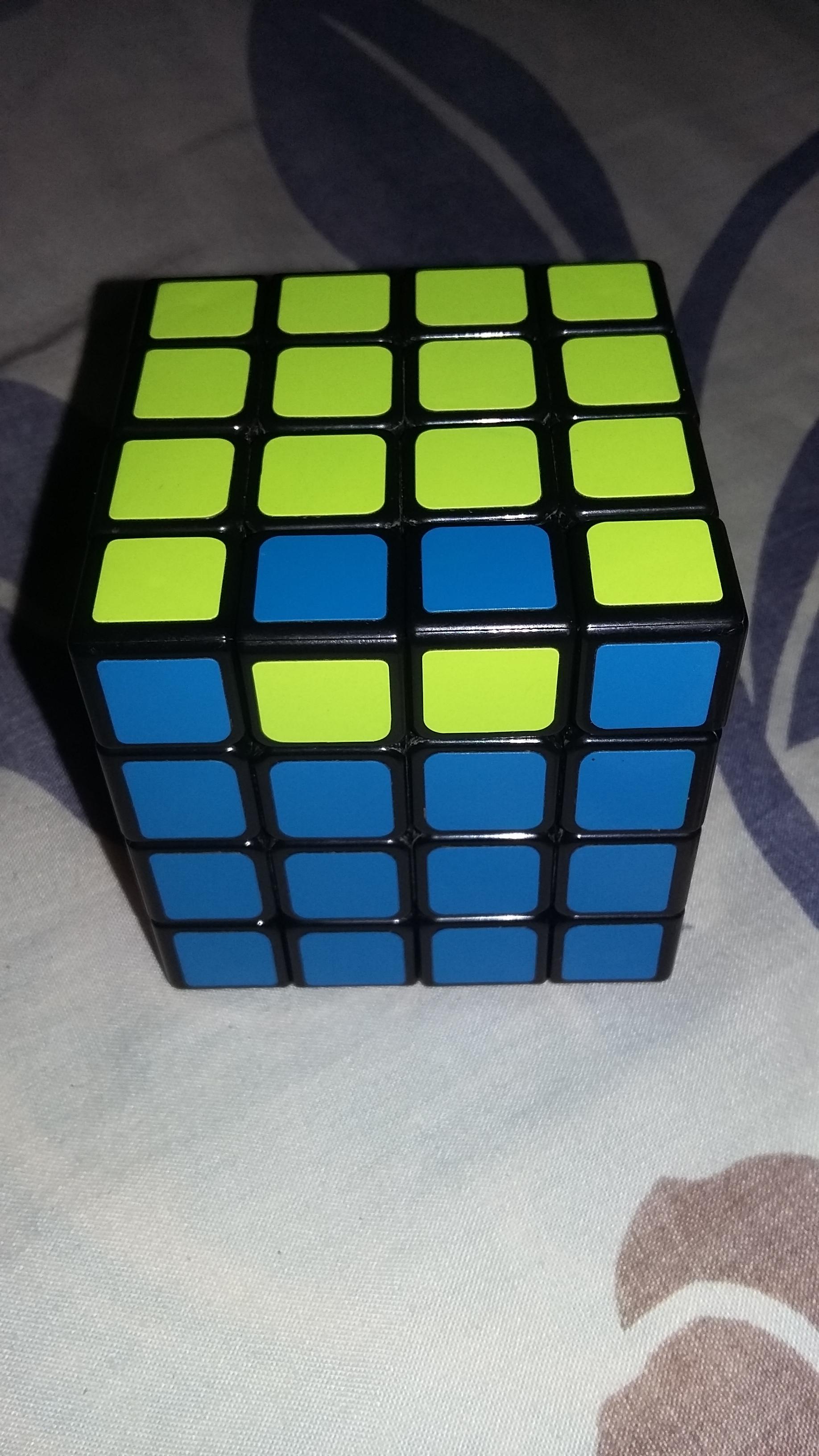 Here an algorithm to fix this particular OLL parity case (with blue at the front and yellow at the top):

As to why this occurs? Parity on twisty puzzles is unrelated to the mathematical term parity. On twisty puzzles the term is used to indicate a problem that shouldn't be possible within the 'law of cubes'.

This 'law' state that it is never possible to have a single swap regardless of the puzzle. Why does parity occur then, if it isn't possible? Because there are sometimes hidden pieces, equivalent pieces, or orientationless pieces.
In case of the even layered Cubes there are hidden center pieces (imagine your 4x4x4 as a 5x5x5 where the center pieces are hidden underneath the 4x4x4 pieces). Even though you don't see it on the outside, one of the inner edge centers is probably flipped, causing the parity on the 4x4x4.

Here is some more information about parity on twisty puzzle in general:

There are a two OLL and two PLL parity cases which can occur on the 4x4x4, 6x6x6, etc. General algorithms for each of them can be found here, although many alternative algorithms are possible.