Minimum number of turns to capture all pieces in Checkers

On an 8x8 checkerboard, there are 12 red kings and 1 black king. The kings behave as they would in any normal game of checkers, being able to move in any diagonal direction one space and jump any adjacent piece. If the king can jump another piece after a jump, he may do so an unlimited number of times.

If the kings can begin in any layout on the checkerboard, what is the minimum number of turns the black king needs to take to capture every single red king, and what would the initial board look like? 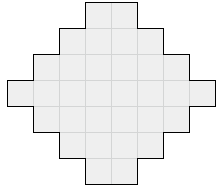 Next, I will show a lower bound:

Say the king starts in a particular square. With only jumps, it can only visit every other column and every other row. That is, in the diagram below it can't leave the color it starts on. 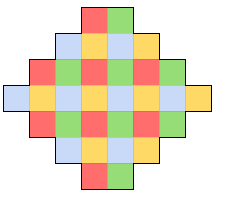 Each of the colors is arranged the same way: eight dots, made up of a 2x3 rectangle and a single dot on each long side.

This arrangement only allows for nine total pieces to be jumped. So it cannot be done in one jump.

And now, the solution: 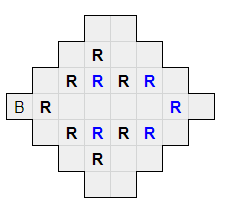 Here is a picture of my solution which uses

The first turn captures 9 kings, then one move, followed by a triple capture. The numbers indicate the route of your king. 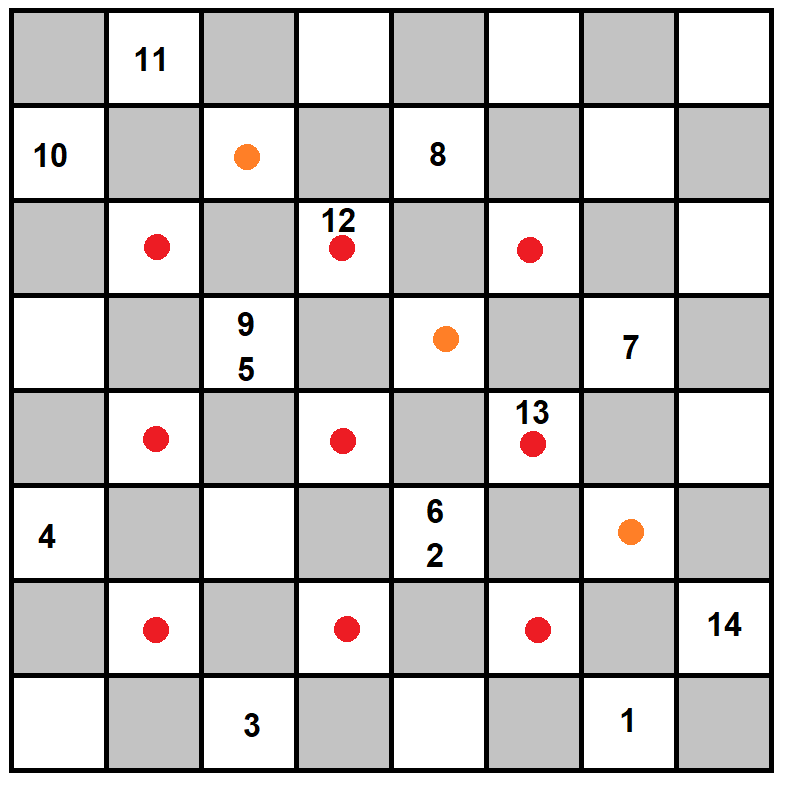 I have now verified by computer that 12 is the maximum number of captures with this number of turns. With a few more turns it is possible to perform 14 captures. It is not possible to capture more, regardless of the number of turns you take, assuming the red kings remain stationary.

Here is the essentially unique way to capture 14 kings in 5 turns. It is simply Deusovi's solution with a move and two captures appended. 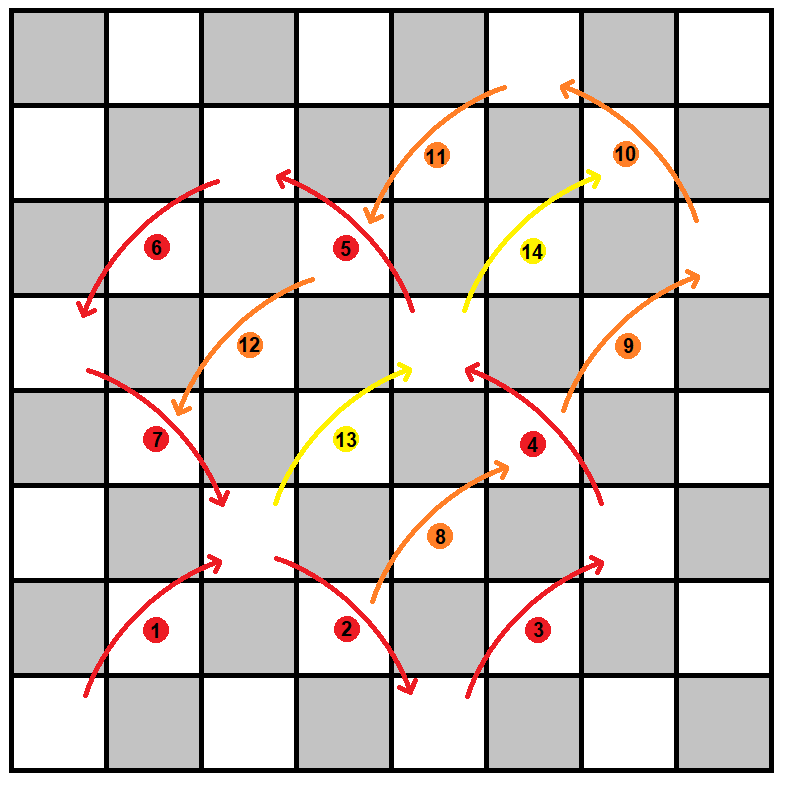 Not the answer you're looking for? Browse other questions tagged checkerboard board-games or ask your own question.