Does this puzzle really not exist already?

I have invented a puzzle about the start of the year that I believe is new. But is it really? I call it Begriddled.

It uses a grid of characters that you join according to a sequence (either given or to be partially or fully deduced by the solver) to reveal a hidden design (generally text or a picture).

Here's an example I've used in showing how it works: 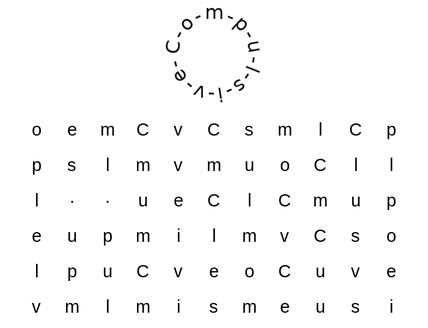 Rule 0: Dots are dots. You do nothing with them except pencil them in. They are the only character that does NOT obey Rule 1.

Rule 1: Join all pairs of horizontally and vertically adjacent characters that are the same.

Rule 2: Join all pairs of horizontally, vertically, and diagonally adjacent characters that appear next to each other in the circular sequence.

The "logic" version is exactly the same except you must deduce part or the whole of the sequence from additional rules.

Here's an example of the logic version which while clearly not so simple is intentionally not so hard either.

Is anyone aware of anything like this already out there (except, of course, for my own examples which are easy to find by search for the name)? 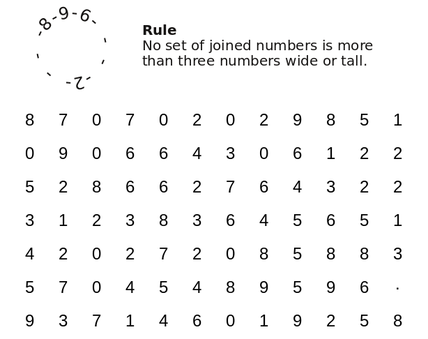 (My avatar is an example of a simple puzzle resulting in a picture.)

Here's a picture of my solution: 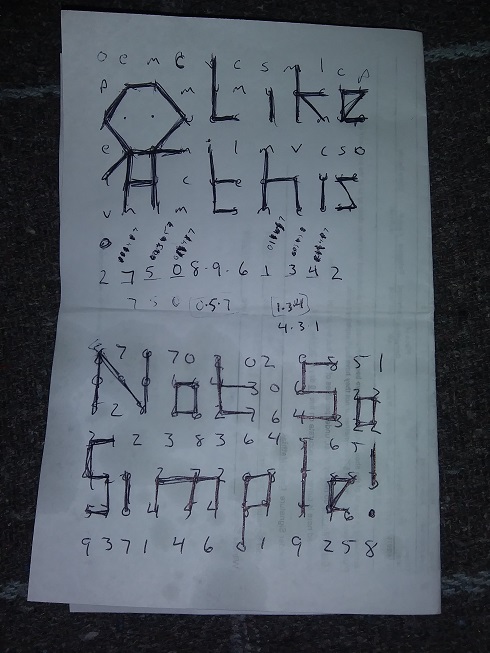 12
How can I create Fillomino puzzles?
10
Pathfinding with disappearing platforms - is it solvable?
3
What's the smallest chemical elements word search that can be made?
12
In the Undead Game, what makes one board more difficult than another?
3
When setting number-sequence puzzles, is there any accepted method to prevent arbitrary solutions?
3
Algorithm to Solve Puzzle - Advice Needed
14
Creating a Sudoku where all clue numbers are orthogonally connected to the edges of the puzzle
5
Why did this prime-sequence puzzle not work?
1
Please help me identify this encryption puzzle with hidden images
5
Can you make a puzzle that looks correct until the very last piece?