How many different Paths exist in this journey? 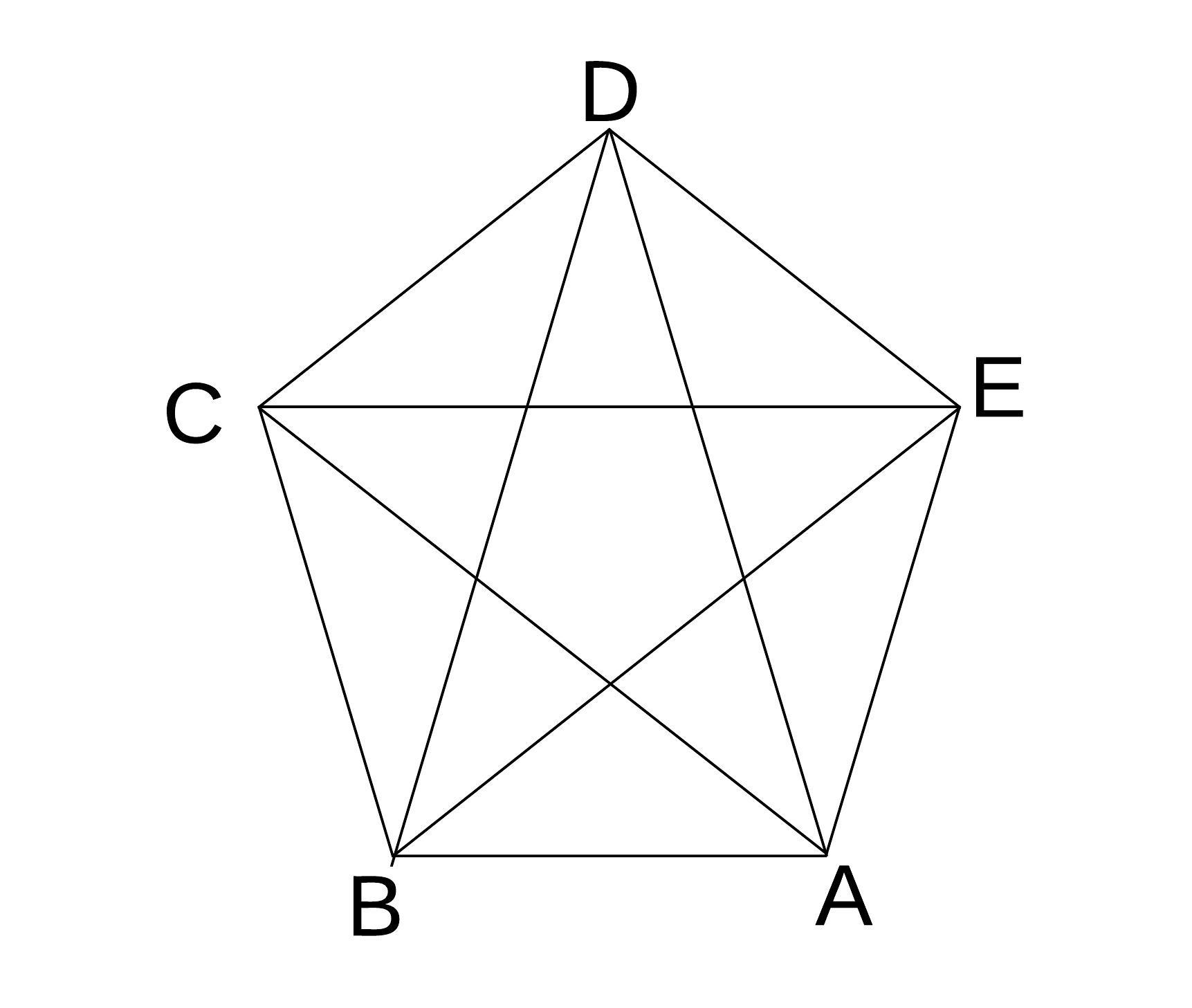 Rules:
1. Start from point A reach back to point A.
2. Each path needs to be visited at least once and only once in each journey.
3. never turning off at crossroads.

to make it more understandable

How many different journeys exist?

Each node has 4 edges, so is visited twice. We start and end on node A, but it must be visited some time in between as well.

Let's split this up into cases depending on how many other nodes are visited before we come back to A the first time.

A node cannot be travelled back to immediately because that reuses the same edge, so between two visits to a node at least two other nodes are visited.

2. Node A is visited after 5 other nodes, i.e. $A.....A...A$. There must be exactly one repeat in that first section, so $AX..X.A$ or its reverse. Any more repeats or putting the repeat further apart will cause edges to be used twice. The blanks are then the other 3 nodes in any order. This means there are $4!*2=48$ choices for this section. The second half is again fixed apart from direction, so we have $96$ such routes.

3. Node A is visited after 6 other nodes, i.e. $A......A..A$. There must be exactly two repeats in that first section. The only patterns that work without repeating any edges are $AXY.X.YA$, its reverse, and $AX.YX.YA$. The blanks are then the other 2 nodes. This means there are $4!*3=72$ choices for this section. The second half is again fixed apart from direction, so we have $144$ such routes.

This gives a total of:

More explicitly, the routes are:

Edit : This is an answer to the question:

How many different paths exist from A to A that go through each other point exactly once ?

However, per the comments, it seems the OP is looking for something else. I cannot figure out what exactly yet.

Not the answer you're looking for? Browse other questions tagged logical-deduction visual mazes network or ask your own question.

3
How many ways to draw the figure without lifting pencil?

7
Network connection: Create a network that guides the signal from start to goal
6
Signal-network: Create a network that guides 2 signals
18
Can Isaac get an even tan?
13
The Crossroads of Dejection
26
Transport Networks - An Introduction
19
Nodes & Tunnels
13
More Nodes & Tunnels - The Tower
24
Logic puzzle: Driving around the United States
3
How many ways you can go from point A to point B
6
Eat all the circles MAZE