An enrypted clue for the police

A well known German drug dealer contacted his accomplice through an encrypted note. The police caught the accomplice during a drug deal and found the note in his backpack. 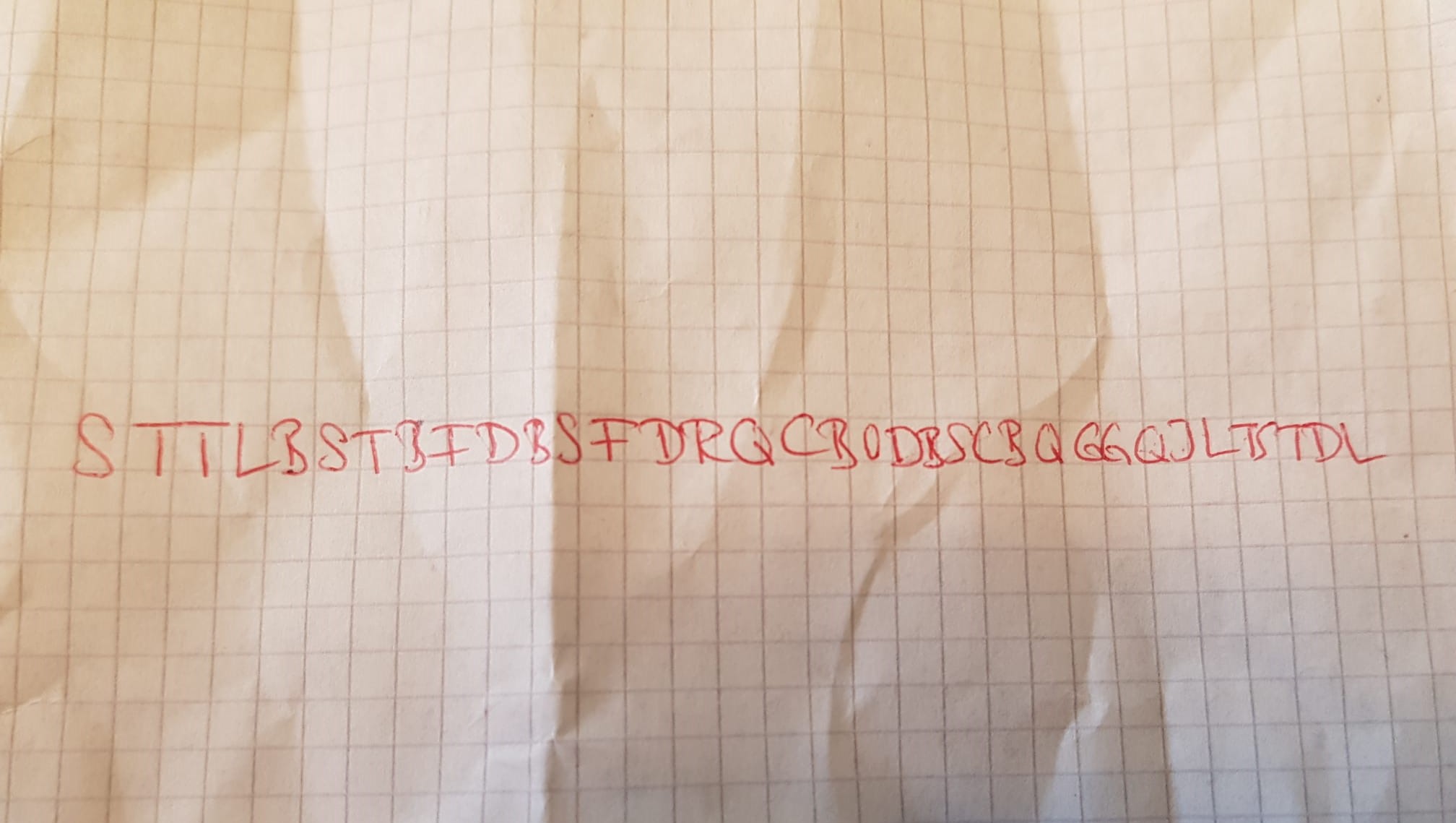 (For those who can't open images, it says: STTLBSTBFDBSFDRQCBODBSCBQGGQJLTSTDL)

The police failed to decrypt the message. Can you?

The German had access to a computer but not the Internet.

The German didn't use a common encrypting method, he created his own with the things he had access to.

The police isn't any use in this case.

The German isn't a great inventor, he based his method on something simple he spotted in his apartment - an object he used daily.

Browse other questions tagged riddle cipher or ask your own question.

25
Mysterious Murder Mystery 2
5
Decode this... before it's too late
12
Sheerluck Helms and the STRIKE Assassin
15
There's been a kidnapping!
24
A half successful police raid
3
Geocache mystery story with a coordinate as the answer
12
Who murdered His Majesty the King?