Inspired by @Athin's efforts, I decided to try to come up with a Yajilin puzzle of my own for your entertainment and amusement. 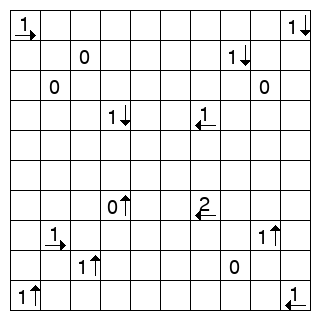 To start, some loop segments are decided already, without looking at any clues. There are also some dots we can mark (for "visited by the loop"), because their shading would create a dead end. 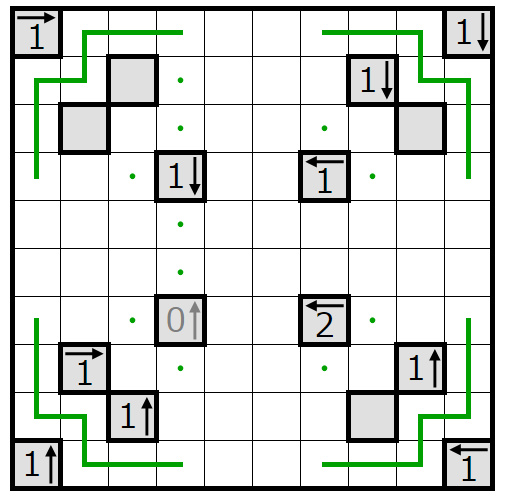 Next, check some clues:

The 1↓ in the center only has one way to be satisfied. The 2← in the center has three open cells, two of which are adjacent (so the third must be shaded). Doing this shading gives only one possible shaded cell in the left column and the bottom row. 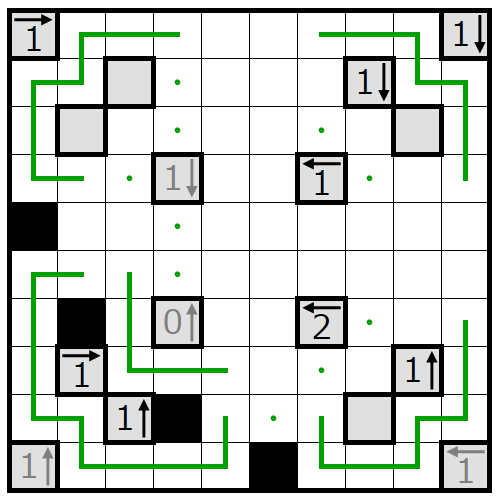 Some more clues only have one way to be satisfied:

Check the two 1 clues in the bottom left - if we shade the closest cell to them, then the loop would have to branch to visit the nearby cells. So it must be the farther one in each case. 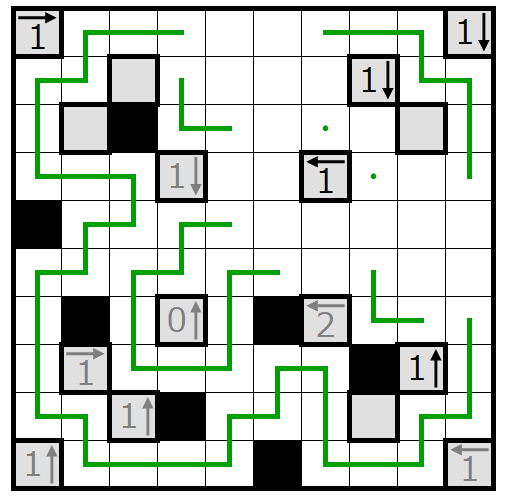 The rightmost two columns both need a shaded cell. The only way to place these two shaded cells without creating a dead end is to put the first as far up as possible, and the second as far down as possible. 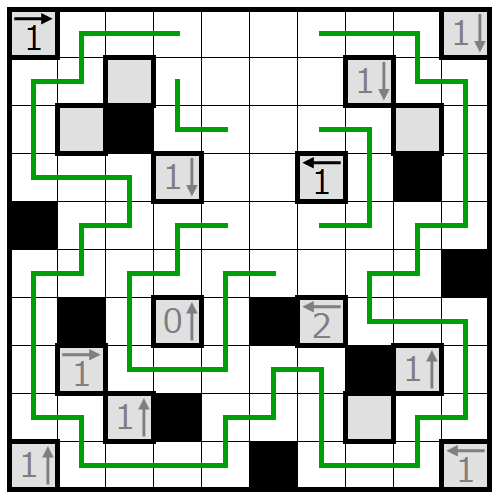 If the top row is satisfied by shading the left of the two cells, we end up creating a loop around the entire outside of the puzzle. That can't happen, so it must be the right of the two that is shaded, and the rest of the solution follows cleanly from there. 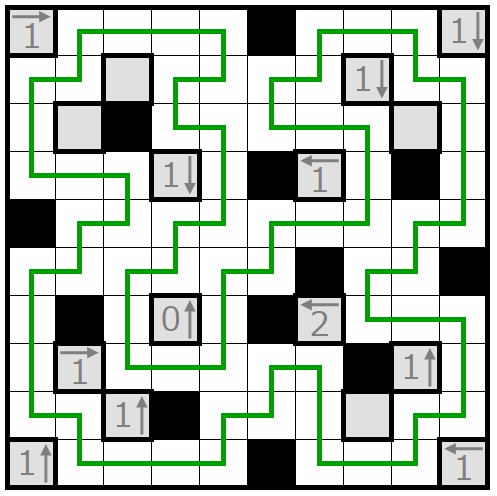