I had no problems with solving first 32 questions from http://test.mensa.no but the last 3 questions are totally bugging me out even knowing the answers. Could anyone help me getting the logic behind them? 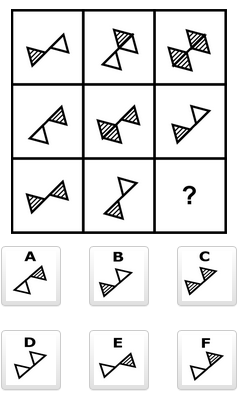 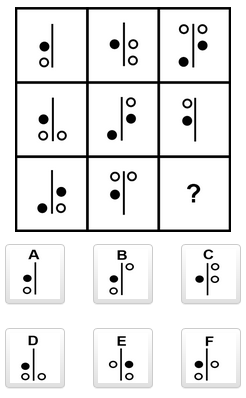 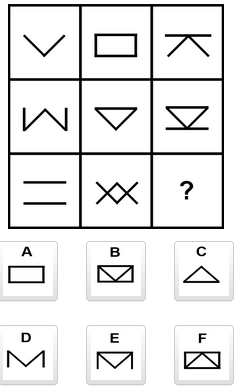 For the last one:

All the diagonals and broken diagonals have a shape in common. For those going NE we have:

And for those going SE we have: 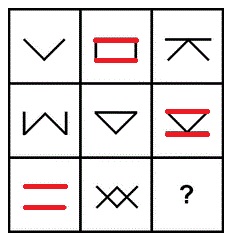 For the second one:

The black balls follow the rule of diagonals going NE described above. The white balls follow a separate rule:

There are two white balls in every cell and they move in a counter-clockwise direction in the column they are in, as shown by the yellow balls above. If a white ball is at the same location as a black ball, only the black ball is shown.

The link provided by @Duck in the comments gives the answer to the first problem, so all three problems should now be answered.

Not the answer you're looking for? Browse other questions tagged logical-deduction pattern visual or ask your own question.

5
When logic problems require “yes-no” questions, are there conventions for questions that might get an “I don't know”?
12
Questions from IQ test that I couldn't find reasonable answers for
12
Mensa web test question #34
17
Again! 6 prisoners, 2 colors, one mute
2
Find the missing piece (edit)
5
How to solve this number-sequence?
2
Mensa Norway question 32?
2
Mensa IQ Test puzzle
3
Logical Test: Arrows