Can you draw 3 overlapping circles (Venn diagram) such that all 7 of the formed regions have the same area? 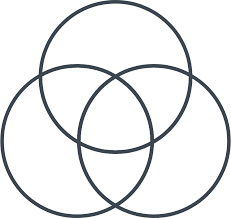 For the case of two circles and 3 equal regions I found this answer:

Let $A$ be an area of any of the 7 regions. Now, let us consider only 2 of the overlapping circles (removing 3rd circle for a while) and notice that their overlapping area is $2A$, and each of the non-overlapping parts (belonging to one of the circles, but not both) should also have an area of $2A$. So, the only way to arrange this circles (it will be true for any pair of the circles) is as in the linked question (the distance between their centers must be $2x$, where $x\approx0.403972$). So, the centers of the circles must form a right triangle with side $2x$. Plotting this gives the following graph: 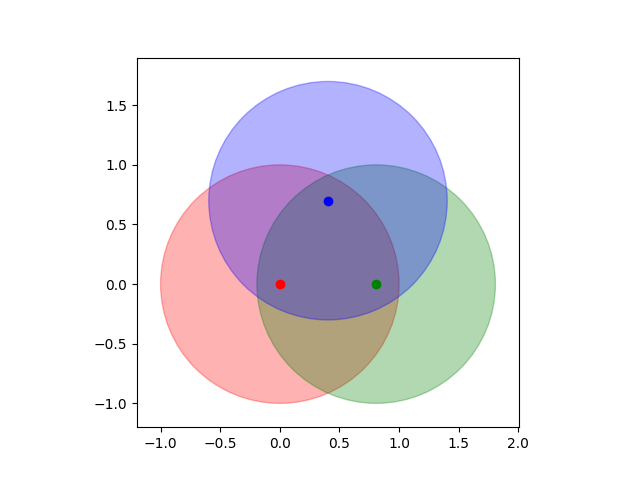 Now it's clear that the regions have unequal area, even without any calculations (for example, that's because the bottom side of the grey curved triangle, where all 3 circles overlap, lies well below the x-axis, but the intersection points of red and green circles have the same y-coordinates, since their centers lie on the x-axis, so the grey area must be definitely greater then the brown one).
Python code for plotting: Try it online! (unfortunately it will not run there, since tio.run does not support external packages, like matplotlib).

51
Join all circles together only with 6 lines
18
Seven overlapping circles
11
Neighboring circles
10
Haselbauer-Dickheiser Test no. 3: Circle divided by lines between a blue dots
8
Intersecting shapes on a flat surface
3
Tangential circles