Not Seven This Time - another Google Earth challenge 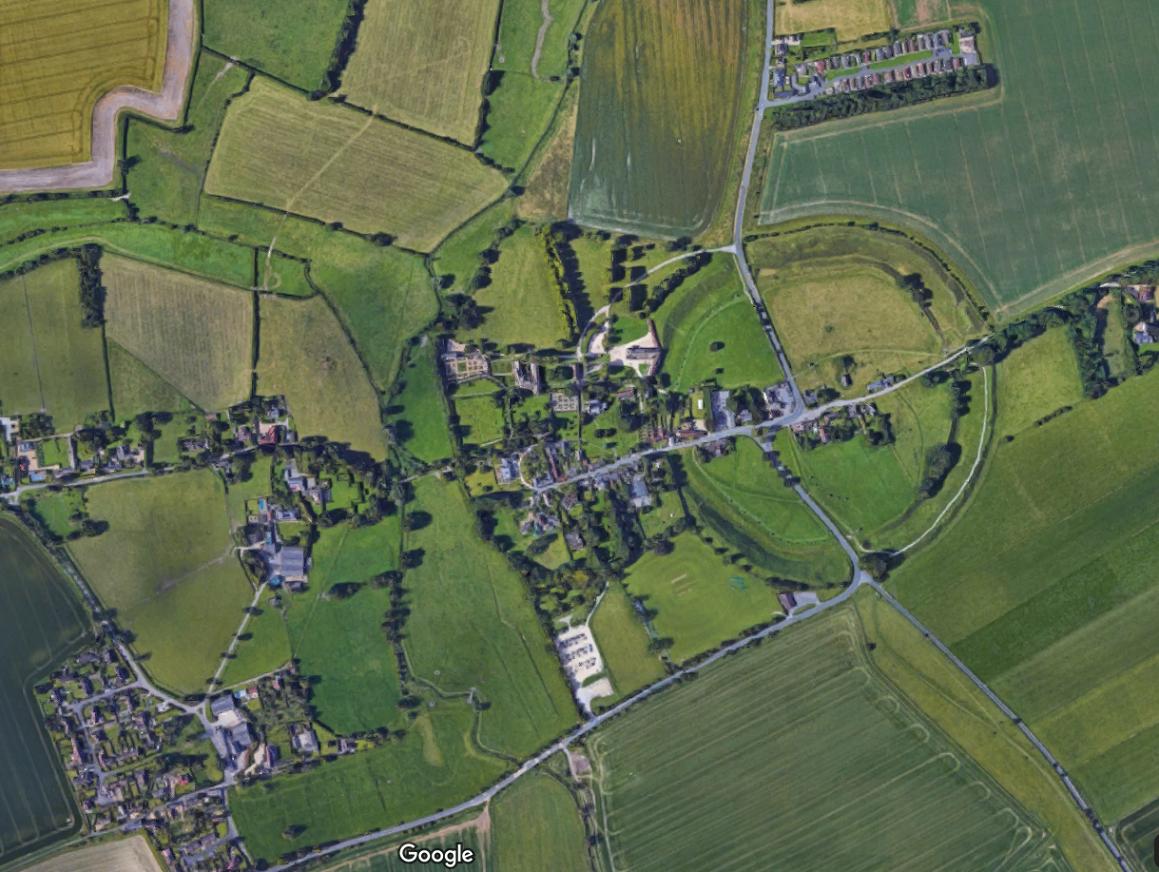 The place you are looking for is

The Standing Stones of Avebury

Admittedly, I've already spoiled myself by looking at Omega Krypton's "solution", but here's one plausible method to find it legitimately:

The first thing I noticed was the prominent circular formation on the right. Since OP is probably not playing GeoGuessr, the formation has to have some sort of significance, otherwise it would be near impossible to find by conventional means. Thus, I started thinking about famous outdoor, circular structures, and the first one that came to mind was Stonehenge.

Unfortunately, the area around Stonehenge doesn't look anything like the provided image, so it looks like this is a dead end. However, upon further inspection of the Wikipedia page, it appears that the Stonehenge monument is actually one of a group of locations that are collectively designated as a UNESCO World Heritage site; in particular, this site includes another outdoor circular monument called Avebury that could be promising.

Checking the satellite imagery, we find an exact match to the given image, so the location is Avebury in Wiltshire, England.

OP also indicated that there was a second meaning to the title. Well, even after finding the solution (sorta) legitimately, I still don't have any idea what else it could mean. Some thoughts:

(A) Perhaps "ave" means "seven" and "bury" means "not" in some foreign language? I tried Google Translating "not seven" into a bunch of languages, but nothing useful came up.

(B) The title contains a lot of characters and character strings in common with "STONEHENGE" and "AVEBURY." Most notably, "[NOT S]even" contains part of "[STON]E" backwards, and"chall[ENGE]" contains a part of "H[ENGE]." But this could just be me reading too much into it.

Not the answer you're looking for? Browse other questions tagged visual no-computers geography or ask your own question.