What do they say in Maine?

Nice puzzle! In Maine, they say:

Why? Well, first notice that what we have here are:

Furthermore, it turns out that:

Group 2: 1
Propone ("To bring before a jury or judge")
Begone
Ozone (atmospheric layer)
Someone

From this, we should infer that:

We can pair X with 2, K with 1, C with 0 and D with 8. In other words, we can arrange these ordered pairs to form XKCD 2108 - and what else could this be but a reference to a certain well known web comic, where instalment #2108 is this? 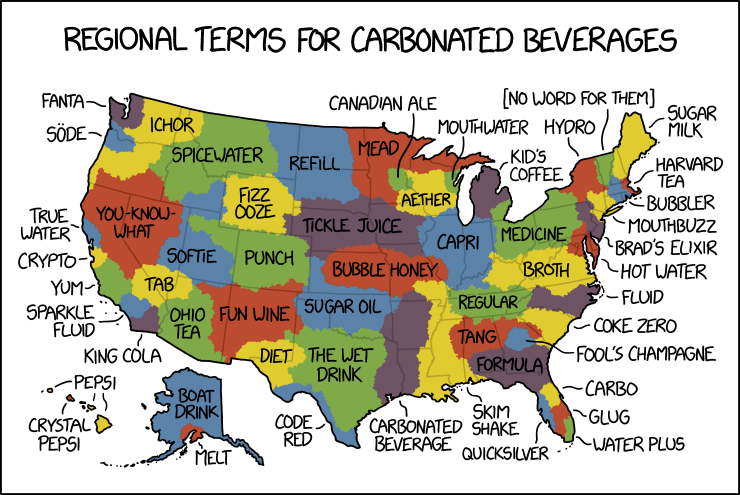 If we look at Maine specifically (the upper-rightmost state in the image) we see that:

People from Maine would call their carbonated beverages "SUGAR MILK"!