(This puzzle series is continued here)

I found a book that must have been given to me thirty years ago called The Book of Extraordinary Chess Problems: 120 Unusual Puzzles by Stephen Addison. It's got some gems. I may have shared one or two here before. Here's one to warm up for the second one which I'll give later. 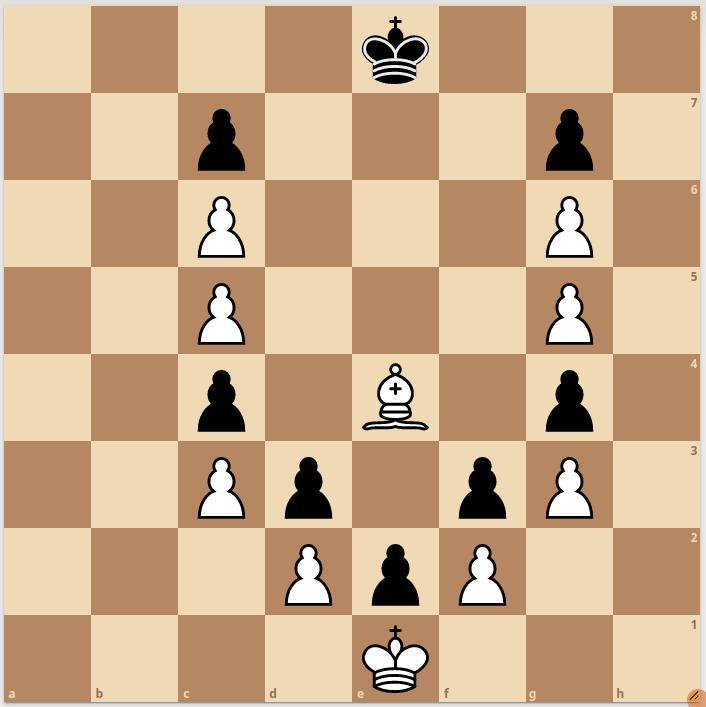 "In a self-stalemate problem, White's objective is not to win, in the usual sense of the word, but to get himself stalemated. In the position given, White is to play and force Black to stalemate him in four moves."

Here is an interactive board for those who might want such a thing.

Since we cannot force Black to ever take our bishop

we have to trap it ourselves

I do not see a way for Black to interfere with this plan.