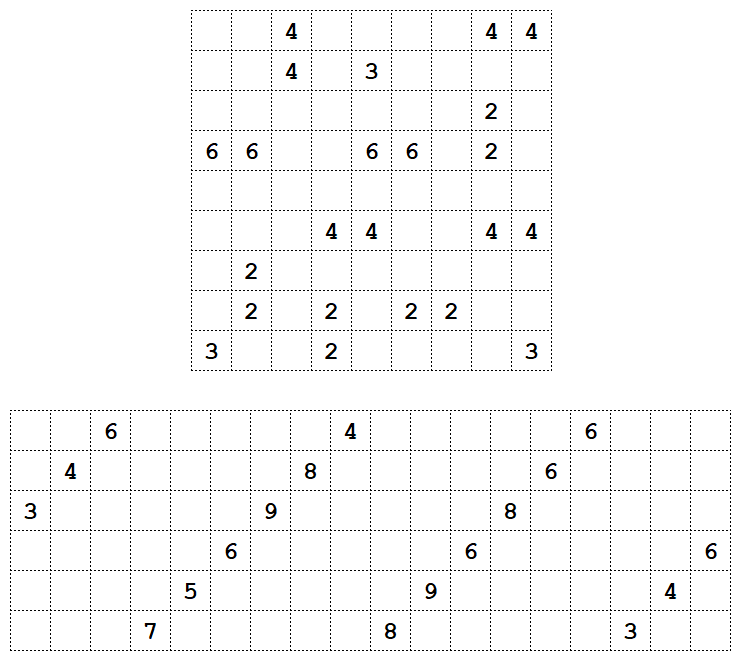 For the first puzzle:

You can start in the top right, where the 4 can only extend one way, and then the 4 below it as well, and then the 3 in the bottom left. 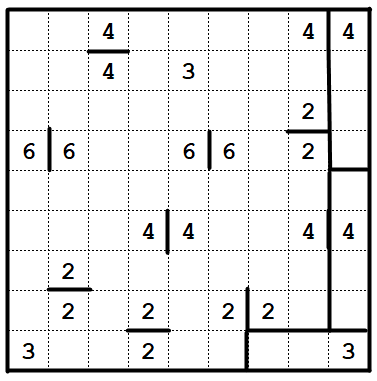 The 2 in the bottom right must extend downwards, or that cell cannot be filled. We can also mark some more forced extensions for certain clues. 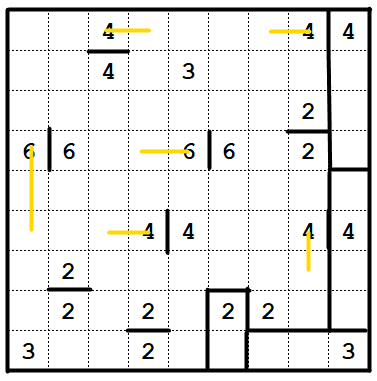 What clues can extend there? The only clue that can reach it is the nearby 6. So that means we must have this... 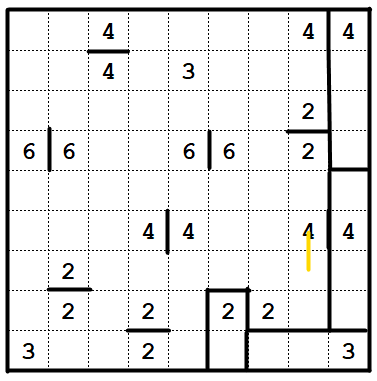 ...and then a few trivial "this clue can only go this way" / "this cell can only be part of this clue" deductions give this... 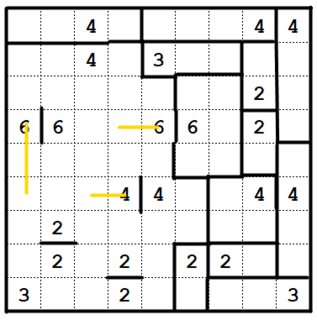 ... and then a few more lead to the solution: 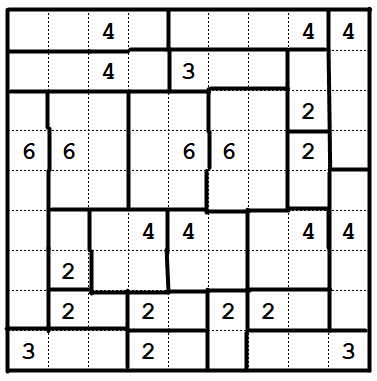 For the second puzzle, start by looking at

the 7 clue in the bottom left. 7 is prime, so this must be a 1x7 rectangle, and it can only go horizontally.

Similarly, the 9 clue in the bottom middle can only be a 3x3 or a horizontal 1x9 -- either way, it will take up the two spaces to its left. Now, the 8 is constrained to the bottom row, and we can resolve the 7 and 8.

We can apply the same trick to the other 9 clue, now that we know it can't be a 3x3 going down and right. This forces the cell in R4C5 to be part of the 6 clue.

Next, we have some cells that can only be reached by one clue: 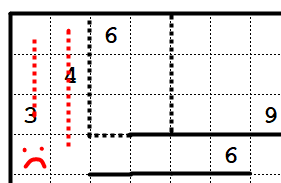 So the upper 9 cannot be a 3x3, and therefore it must be horizontal.

Now we have some easier deductions:

The 4 in the upper middle must take the cell to its right (because nothing else can reach it). The 6 must then take R1C6, and must also be flat.

At the same time, the 9 in the bottom middle must also be flat.

The cell just above and left of the bottom 9 can only be reached by the 6 on the right. So that one must be flat too. And the middle-right 8 must go at least 4 cells rightwards.

take a look at the state of the middle-right 8 now. The cell one below and two to the right of that clue can only be reached by that 8. So that forces the 8 to be a 2x4 region. The rest of the puzzle then resolves with trivial deductions starting in the bottom right and then cascading leftwards.

Answer to the "Stars" is as follows 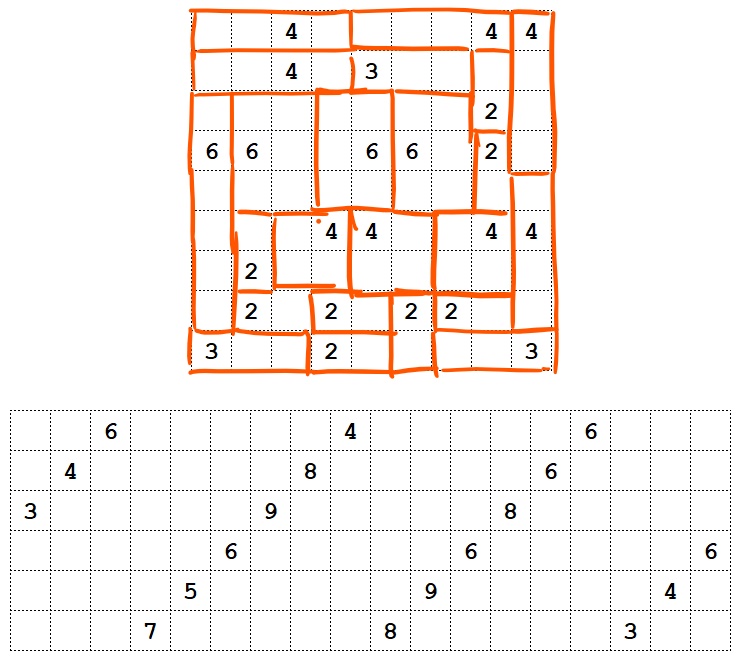