This is the latest material I have made for my Codes and Ciphers club. It involves showing both the ciphertext and the plaintext for messages using each of five ciphers alongside another ciphertext that uses the same cipher (the process and the key are identical). 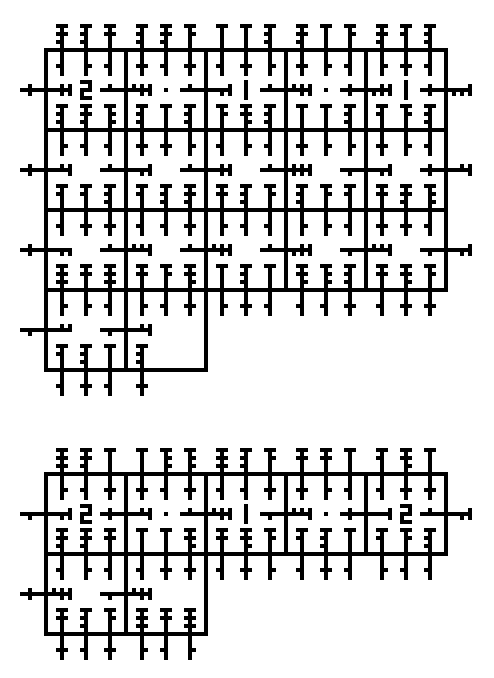 For reasoning for the above two solutions, see Gareth's answer.

Fothad fabricated the rights to Moray.

My son Callum was born in November.

For each "box" in reading order, look only at its outside; we have some key "tops" at top and right, and some key "bottoms" at bottom and left. Join those together (discarding any without partners). What we have is a simple substitution cipher where each of these represents a letter. If there is any pattern to this representation then I have failed to discern it, but fortunately all but one of the keys appearing in the unknown ciphertext also appear in the known ciphertext, and seeing "I WAS APPOINTED MARSHAL OF MORA_" there's not much choice for how to fill in the blank, especially considering the general theme here.

5
Have You Tried Turning It Off And On Again? (Vigenere cipher)
11
Christmas Day Cryptogram / Riddle
6
Ugh, an other crypto puzzle?
71
Unsolved Mysteries: Kryptos
38
Death of the Great American Chemist
8
My Unbeatable Cipher
8
Peel The Onion of Ciphers
0
Self-described Ciphers
4
Word Search Cipher
0
Can you crack this mod of the Caesar cipher?