Once upon a time there were two kingdoms (bluex and pinksus) separated by a wall of eternal war. The kings of these two kingdoms each had one son and one daughter. Their children sought to end the war and unify the kingdoms.

This resulted in both princesses residing in Pinksus and both princes residing in Bluex. The children realized that this was the perfect opportunity to unify the kingdoms so they gathered their knowledge and made their move.

While the princes consulted each other, they discovered the exact battle plans of the kings. The rooks of Bluex always mirrored the movements made by the knights of Pinksus. This was just an annoyance strategy to prevent the king of Pinksus from making smart moves without sacrificing his own soldiers.

The princesses now knowing how the forces would move, and knowing that the princes would match their every movement, devised a plan to unite with the princes without putting them in harms way.

Once united the princess of Pinksus would have to go home with the prince of Bluex and vice-versa all while staying out of harms way.

This was going to be tough, but they decided that it was best for both kingdoms and decided to go forward with their plans. 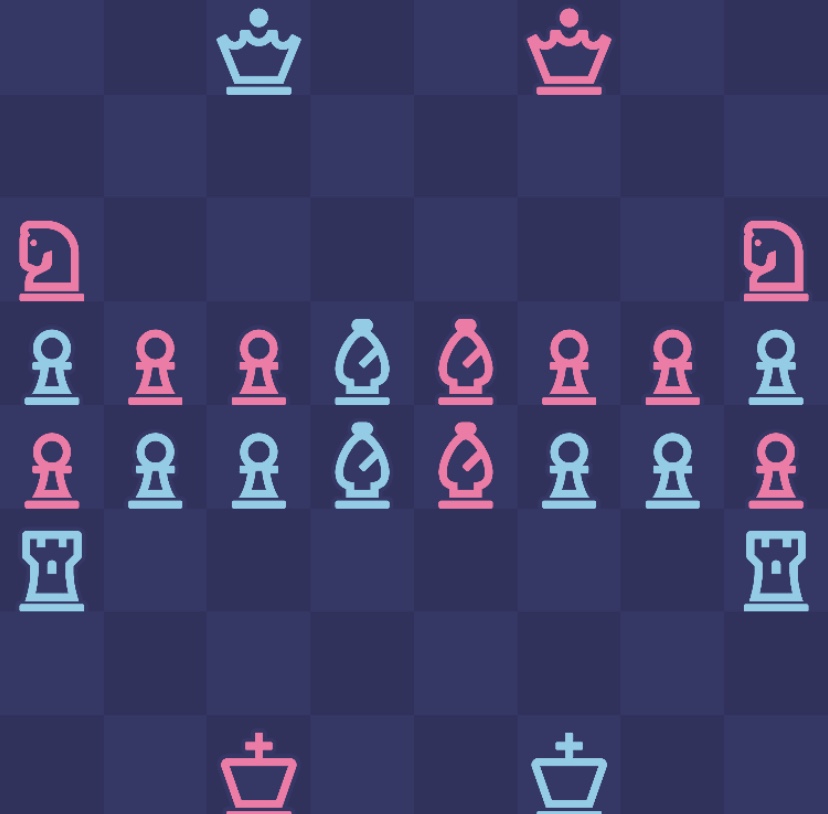 To clarify the rules:

Please use algebraic notation, and denote the kings, queens, knights, and rooks, with a prefix of their respective color to prevent confusion in your answer. For example: BQc6 would mean that the blue queen moved to c6. All other typical notation still applies, for example a capture BQxc5 and a check BRa1+.

Browse other questions tagged story chess or ask your own question.

5
From Kings to Knights
10
Fastest Checkmates
31
Biggest army on a chessboard
9
Smallest Army on a chessboard
3
A Fairy Warped Chess Maze
9
The Three Kings of Metsyssisab
8
The ability-swap-circle chess
6
The Faerie Army is coming!
10
The economy of trapping
8
Fewest Chess Pieces