Bob: I hear you won the lottery.

Bob: What six numbers did you win it with?

Alice: Can't remember. All I recall is that they were all different, and none greater than 28.

Alice: Yes. I checked that no other six different numbers, none greater than 28, have the same common factor graph as mine.

(The common factor graph of a set of integers is the graph whose vertices are the integers, two of which are joined by an edge if they have a common factor greater than 1.)

What six numbers did Alice win the lottery with?

Unproven Answer (I need to go out soon):

This is the graph: 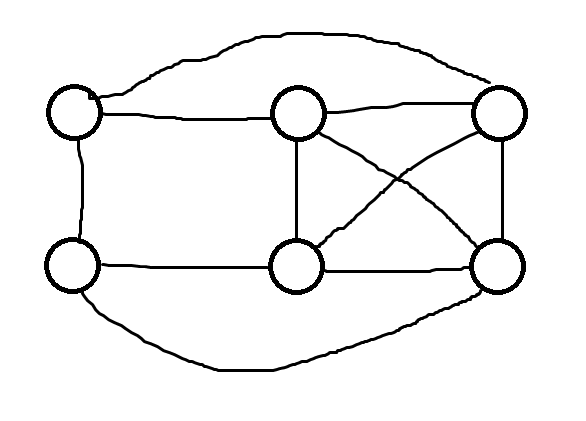 And the solution is unique, which is:

Not the answer you're looking for? Browse other questions tagged mathematics no-computers number-theory graph-theory or ask your own question.