What is the missing in this pattern?

there. I came across a problem about number patterns as described in the following picture. This puzzle is from a workbook for primary school students who intend to sit the exams for enrollment in selective high schools in Sydney. 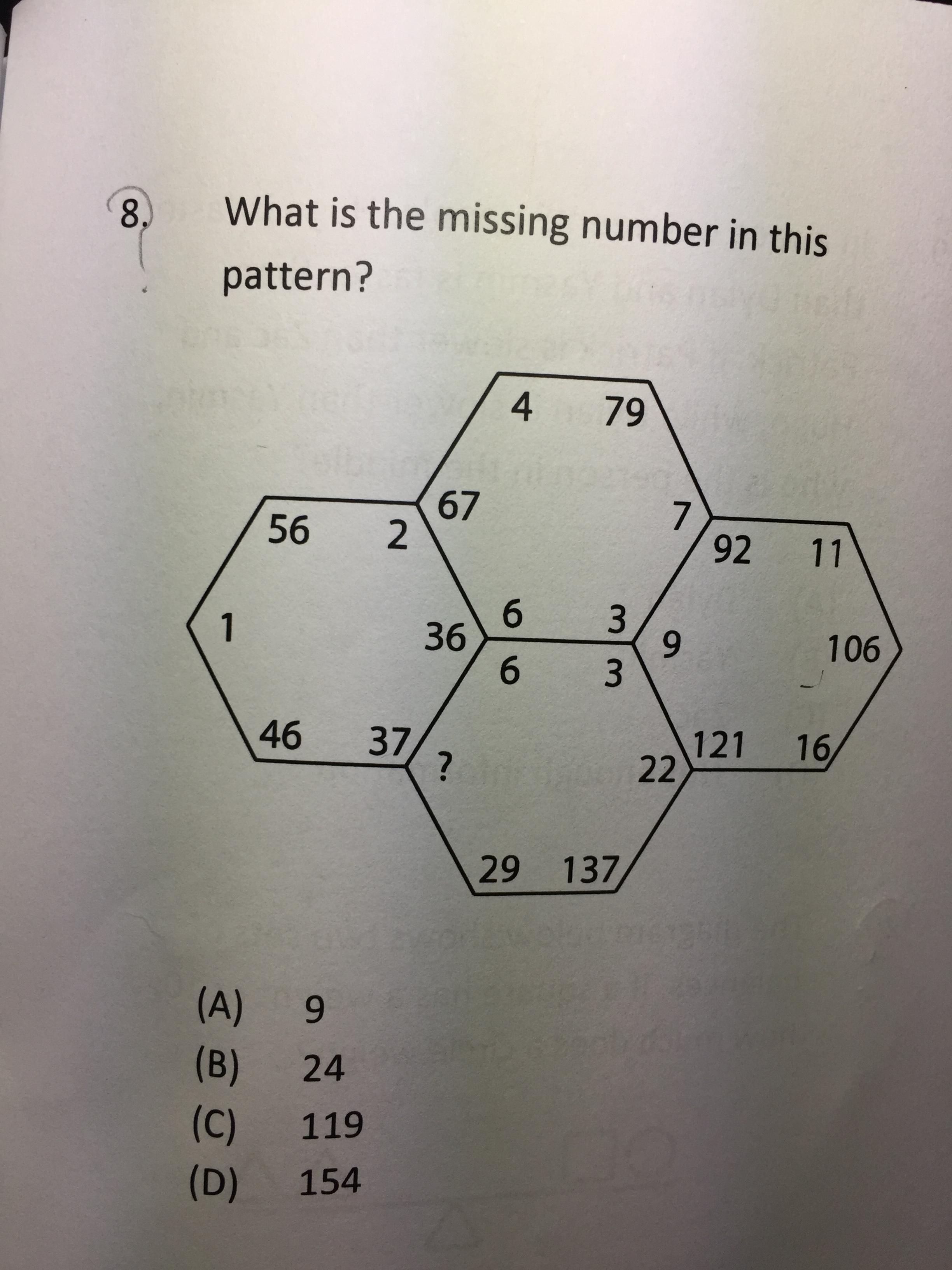 There's a pattern here that I was able to find. Although there's probably still something missing, the answer is: