In UK's National Lottery players choose 6 different whole numbers in the range 1 to 59, and win a large prize if all six match with the day's draw.

Each choice of six numbers by a player gives rise to a graph on six vertices (or nodes) if we assume the numbers are vertices, two of which are joined by an edge if they have a common divisor greater than 1 (i.e. they are not relatively prime).

If a prize were also awarded to anyone who guesses the corresponding graph of the winning six numbers, which of the 156 graphs on six vertices should one bet for?

If instead of 59, the upper limit for the range of numbers to be chosen is different (say it is 45 as in Colombia´s lottery, or 49 as it was in the UK a few years back), does the most likely graph differ?

I can't prove this rigorously, but my intuition suggests that the graph that you should bet on should look something like this: 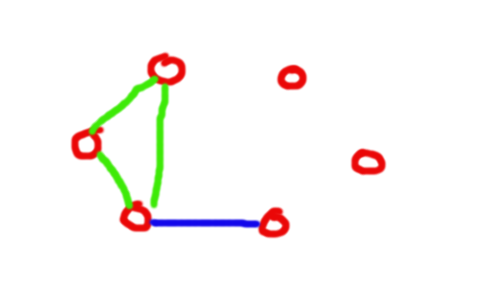 The reason is as follows:

Notice that this problem can be decomposed into different subgraphs based on the number of elements with a certain prime factor. For $p=2$, each number has a $\frac{1}{2}$ chance of being even (give or take) so the most common result will be getting three even numbers. This results in the green triangle. For $p=3$, each number has a $\frac{1}{3}$ chance of being divisible by 3 so the most common result, resulting in another pair of numbers being connected. For any larger p, however, you have on expectation $\frac{6}{p} < 1.5$ numbers that are divisible by $p$, so the peak should be $1$ or less, which results in no numbers being picked. So it's only a question of how many of the 2 divisible by 3 numbers are even. We can justify this being one even, one odd split because we pick the numbers without replacement - there are 9 possibilities of this compared to 3 of both even, and 3 of both odd.
This all relies on the (wrong) assumption that these are all independent events, but since our pool of numbers is always quite large, this shouldn't affect the numbers too significantly.

I just did some number-crunching (couldn't resist) and found that

In particular, for 59 numbers, the graph 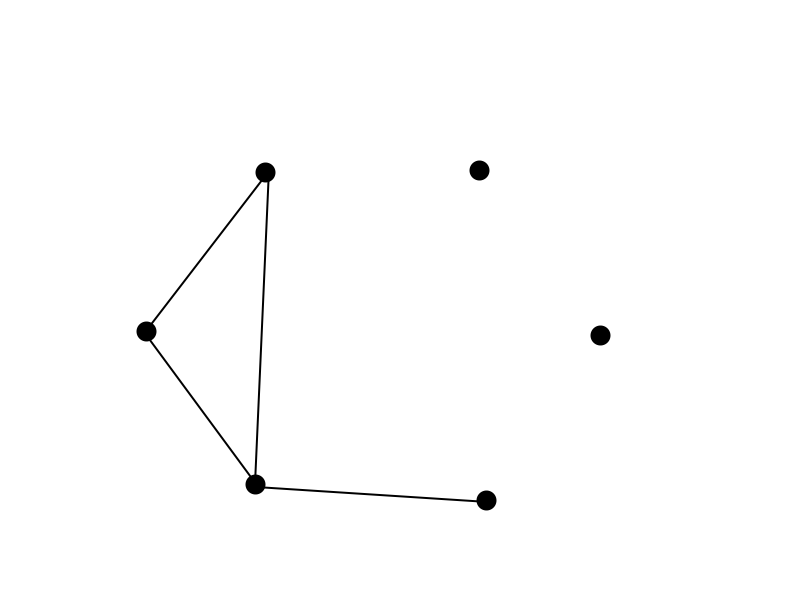 Second place is this graph 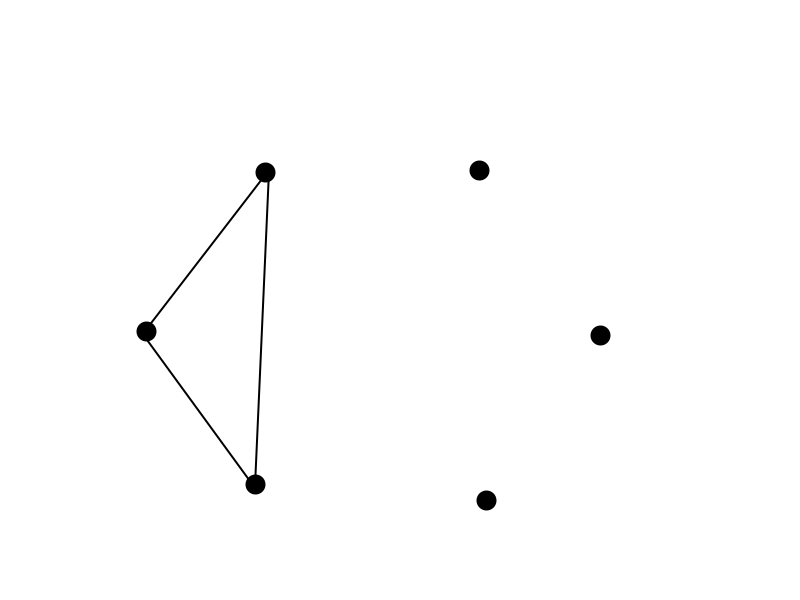 And third is the following graph 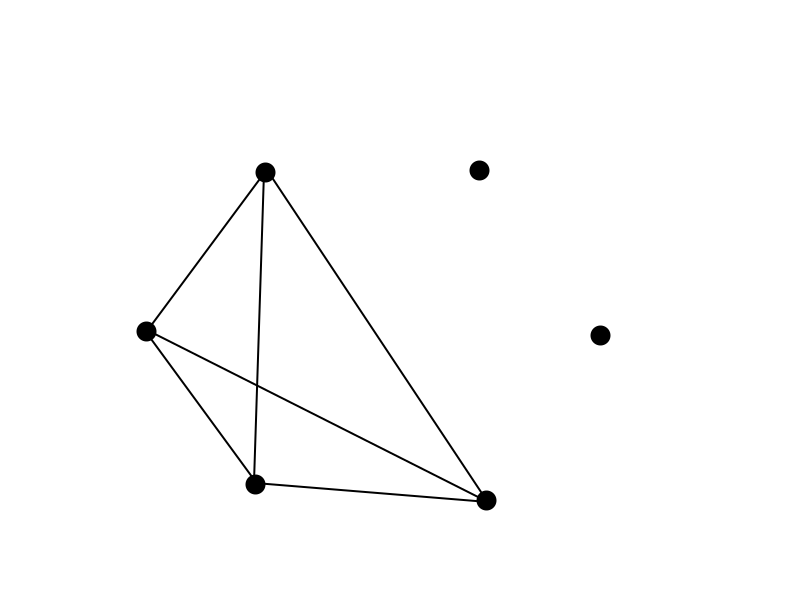 Not the answer you're looking for? Browse other questions tagged mathematics number-theory graph-theory or ask your own question.