A Game of Sprouts

I have a partially played game of sprouts that I need help solving. The rules are simple (Kevin over at VSauce2 did a great job explaining it if you don't like reading, though the Yoda voice is a bit over the top):

The object of the game is to force your opponent into having no playable moves remaining. This is accomplished when all dots are either dead or unplayable based on the rules above. For example with a two dot starting point and red starts, and red wins: 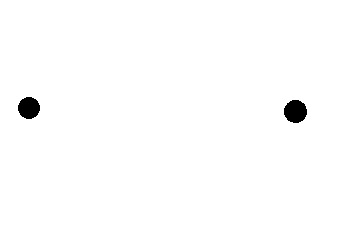 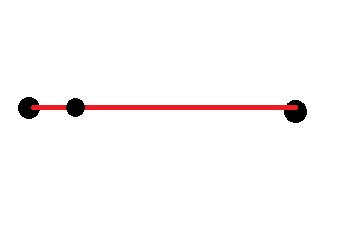 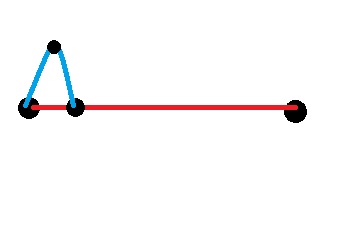 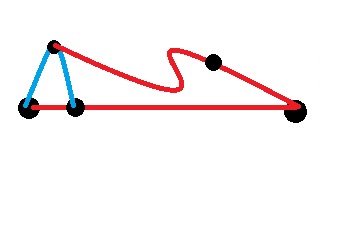 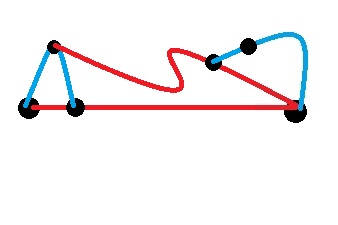 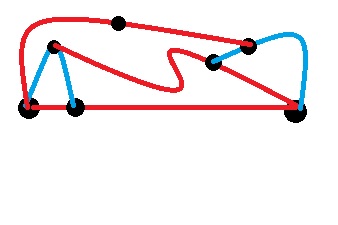 Now that you know how to play, I've found an old game of sprouts laying around and need help figuring out the best strategy to win. Red moves next. 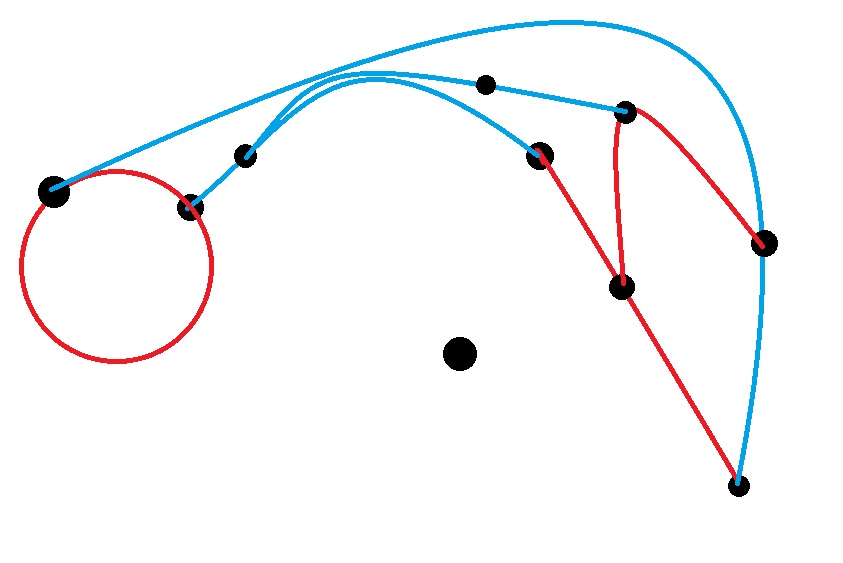 If both players are making the most advantageous move for themselves:

This is a golf style puzzle meaning the answer with the fewest number of moves wins.

The remaining moves are either 2 or 4, depending on how they are made. If A connects to both B and C (2), that'll open up two more dots, which can connect to one another (3), creating a dot that can connect back to the one unfilled slot on A (4). (A slight variant occurs if A connects to either B or C, and then connects the resulting dot to the other one, but it still comes out at 4.) If D connects to C, that leaves only B to connect to A, leaving 2 connections made. Likewise, if B connects to C, only the newly generated dot can be connected to A, leaving two connections. Red wins, regardless of the strategy that either player might employ.

Not the answer you're looking for? Browse other questions tagged logical-deduction no-computers or ask your own question.

7
1000 logicians wearing hats
8
Periodic sequences confuse all my worms
1
Would this shape be impossible to number given the rules?
7
Escape the cube puzzle
3
Solve the Lyne puzzle
7
A colorful wheel
13
Coin removal problem
15
Hotaru Beam Puzzle: Is it impossible?
3
Cube Connect Challenges