It's White to move and draw the game. What must White do?

You must provide proof for your claim of what's to be done by any reasonable means. No looking up the solution please! 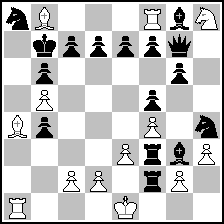 In my first answer I proved that White is lost without further assumptions, by showing an example of a game where this position is reached and White is indeed 100% lost.

This answer addresses a different problem, where the assumption is made that

White can castle. Credits to @edderiofer for this idea (further validated by the OP who confirmed that it was the intended lateral-thinking part).
I will here prove that if White can castle, then the last 49 and a half moves contained no pawn moves or captures, and hence all White needs to do is castle (for the sake of it) AND claim a draw by the 50-move rule. Moreover, 49.5 is actually achievable, which I show by an example.

First, a couple of observations regarding where the pieces currently on the board must come from:

$\bullet$ The rook on a1 has never moved since castling is still possible. We will see later that the other white rook cannot come from a pawn promotion, and hence it comes from h1.
$\bullet$ The amount of pawn captures by Black equals the amount of missing White pieces, so every missing piece was captured by a pawn.
$\bullet$ White made no captures, so the Black b4 pawn could come past the White b pawn only by making a capture.
$\bullet$ Assume that the Black h pawn made a capture to come to g6 and is still there right now. Then there is no way that the Black light square bishop could ever come where it is as the Black h pawn would have constantly blocked the way. Therefore the pawn on f5 comes from h7 and made the other two captures.
$\bullet$ The White a pawn was not captured, since we just made a list of all captures that occurred and it’s not in it. Therefore it disappeared by being promoted (possibly into the knight that is still on the board, or into a piece that got captured – these are the only options: it cannot be the bishop, because to escape, the bishop would need Black b6 to be played, and then the black knight would have no way to come to a8).

When the black dark square bishop gets out of initial position:

When the white h rook gets out of position

(which it must do at some point, because even if it was captured, it must have been by a pawn, far from its initial position)
$\bullet$ White’s light square bishop has left
$\bullet$ e3 was played (to allow the bishop out)
$\bullet$ f4 was played (only way out for the rook)

If you assume that the white h1 rook gets out of initial position before the black dark square bishop does, then the white pawns and black knight block the way for the bishop to get to g3. It follows that the rook gets out last, after all other pieces are in/near their final position.

When this happens, the rook only has a 1-dimensional corridor in which it can move, blocked by bordered by the pawns and knights. Problem: it needs to let the other two rooks get past it. For this, it needs to exit the corridor, let the two rooks in, and get back in.
The bishops move back and forth like doors, and the black king has a little dance of its own to avoid blocking the way.

The example below is optimal.

You can check easily that White makes no waiting moves as its rook gets out (moves 48 to 59) and in the second phase Black makes no waiting move as its pieces get into position. Hence 49 and a half is the exact minimum number of moves that happened between the current position and the last capture/push of a pawn.

White is under the threat of mate in 1 by the Queen (Qxa1#), and independently a forced mate in 2 by the rooks (Rxg2+ followed by Rf1#). The only move to prevent both is c3, which makes room for the king to escape the rooks and simultaneously blocks the queen's diagonal. Note that even if queenside castling was still allowed, it is of no help against Queen move to a1. So we have 1. c3!? but then Black finds a nice rook sacrifice: 1. ... Rxd2+!!, removing the defender of the c3 pawn to allow the queen to enter the game. 2. Kxd2 Qxc3

There is the retrograde-analysis tag, by which we could infer that something from the last few moves can be deduced. In fact, few of the Black pieces may have made the last move: the queen and the bishops [the knights can't come from anywhere and the pawns can't have made the last move because they must have been in this position already before the 8th row could be set up, see an example below.]. Still the exact last move seems unlikely to be uniquely defined. However, we know that there is a solution and therefore it must be that the same position was repeated twice already and White is one move away from repeating it a third time. Either that, or White can draw by the 50 moves rule.

From Rewan's comments I thought at first that it was in fact possible to prove that the 50 move rule can be applied, so that the answer would be that what White needs to do is to simply claim a draw. It seemed likely that something of the sort could be true, because if we look at how the position could arise, it comes with great constraints (especially in getting the 8th row in order). However, here is a proof that it is not the case: it is possible to reach the position in hardly more than 50 moves, and where the longest run of moves with no pieces taken or no pawns pushed is 10 (a long way below the required 50).

Also note that no position is reached twice in this sequence, therefore the three move rule doesn't apply either. Conclusion: unless we use an argument such as "we are told that there is a solution", it is impossible to prove that White can force a draw (in the example above, White cannot force a draw).

As Amaud Mortier points out in their answer, without anything "weird" going on, White is losing. The only remaining hope for White to draw is to claim a draw by threefold repetition or the fifty-move rule. But it's impossible to prove the former is possible, and the latter seems to be outright impossible to prove too, since Amaud has provided a game that goes nowhere near the 50-move limit that ends in this position...

However, since this is a retrograde-analysis puzzle:

Castling is always assumed to be possible unless it's provably impossible. With that in mind, what happens if White plays O-O-O? Perhaps, by forcing castling to have been possible, we can force the game to have taken 49 non-pawn moves before this position, and immediately claim a draw before Qa1#?

Let's examine how the position in the diagram above arose (incomplete):

The next question is, how did Black's bishop get to g8? Since Black has not promoted any pieces, as all eight of their pawns are on the board, the bishop must have come in via Bh7-Bg8, and then a pawn must have gotten to g6. The only place for such a pawn to have come from without blocking the bishop first is g7, so the pawn on f5 must have come from h7. So the move sequence must have been, in some order, h7xg6, g6xf5, Bh5, Bg6, Bh7, Bg8, g6.

How did White's bishop get to b8? Since White has not captured, any promotion of the missing a-pawn must have been on a8, so the bishop on b8 cannot be a promoted bishop; it must be the original bishop from c1. By a similar logic to the above, the moves in this area must have been Ba7, Bb8, b6. So the pawn at b4 has made Black's third capture. Further, this move sequence must have occurred before Black moved their light-square bishop.

Which pawn moved last, and was it before or after the last capture? The last capture was made by either the b4 or f5 pawn, after which g6 was played, the last pawn move must have occurred after the last capture. It cannot have been to a8, b4, b5, b6, or f5 from the reasons above, as these moves all occurred before g6. Other than the stationary pawns that have never moved, the only remaining candidates are the moves g6, e3, f4, and h3.

Let's turn to the black bishop at g3. It can only have moved where it is after Black played g6. However, the whole configuration on the right-hand-side of the board seems pretty locked-up; Black's knight has nowhere to go, Black's rooks can't move without retro-checking White, and even if they weren't there, Black couldn't move the knight without retro-checking White either. We can only conclude that Black's knight has to have gotten to its current position via either f5 or g6.

What remains to be proven:

That if White can castle, there must have been 49 moves prior to the current move.

That there is a game that ends in this position where White can indeed castle (i.e. that one cannot disprove that White can castle).

Not the answer you're looking for? Browse other questions tagged lateral-thinking no-computers chess retrograde-analysis or ask your own question.