Four - Dots in a Line

This puzzle is part of the "Piece de Resistance" series. Go back to Part 1 (Ace) for the story.
Ace Two Three Four Five ...

Looking for the next challenge, you got rid of the coating, and this time it amazed you, as it was a colour image with a beige background instead of the previous monochrome cards! Things are getting fun... 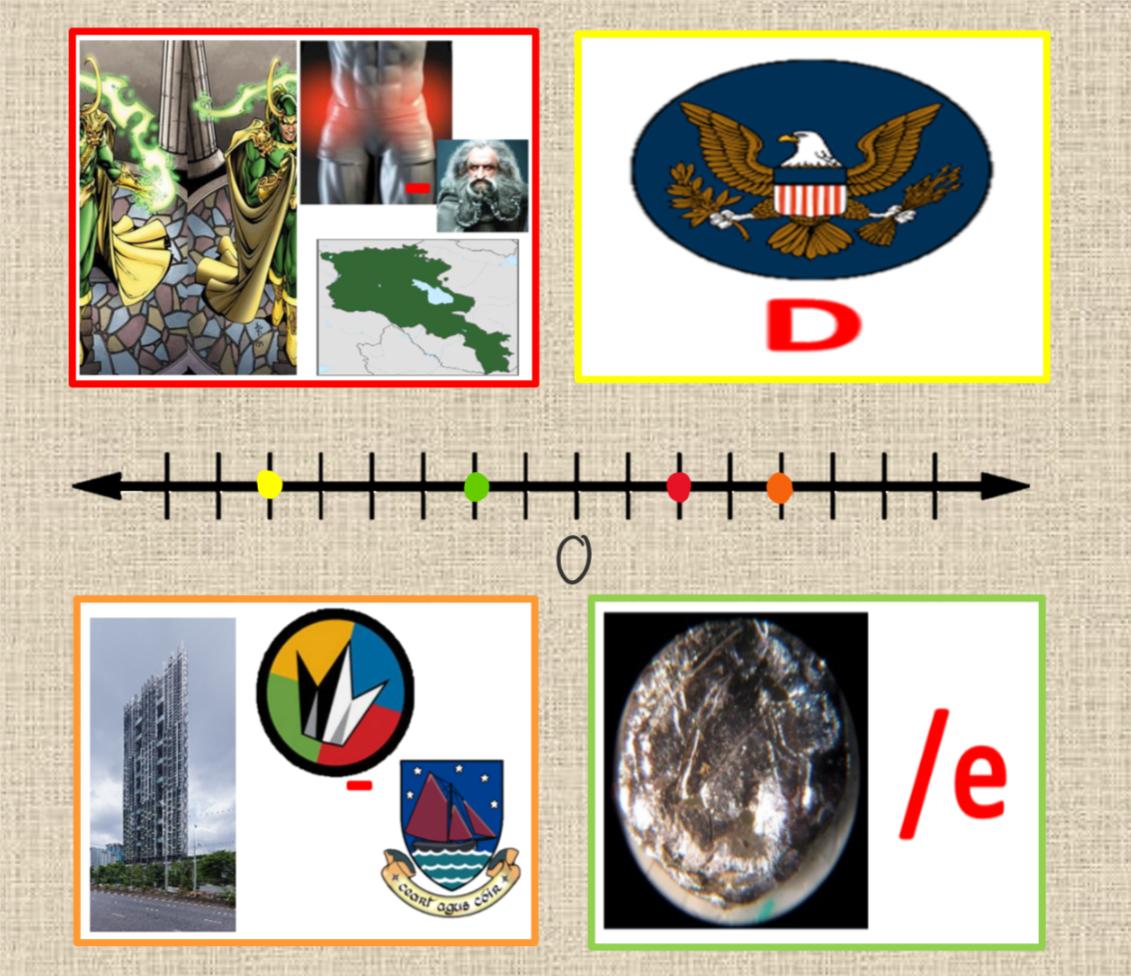 Aha! And you vaguely found five short lines near the bottom of the card, in red ink...

Well, you expected 4 lines instead of 5, huh? Maybe look it up in a dictionary? Any other spellings? Oh, and just to say, the lines are something like this:
_ _ _ _ _

The top-left character is Loki, but with the two halves switched, so kilo (love that one). Then we have groin $-$ Óin, which leaves gr. The country is Armenia, so am: KILOGRAM

The logo is the Seal of the U.S. Securities and Exchange Commission, so SEC, on D: SECOND.

The MET, a building in Thailand, followed by the logo of Regal Cinemas minus that of the Galway County Council (GalwayCoco), so regal minus gal: RE. METRE

A picture of Americium (symbol Am), "per e": AMPERE.

If you look into the list of derived units (credit to @JProblems in the comments for the idea), you see that the numbers from the axis ($-6, -2, 2, 4$) likely correspond to exponents, and since a Volt is $$1V=1m^2\cdot kg\cdot A^{-1}\cdot s^{-3}$$ it follows that the puzzle links to a VOLT SQUARED, with symbol $V^2$. To be noted, there is no reason given in the puzzle to think in volt squared rather than in another equivalent unit, such as WATT OHM ($1 V^2=1W\cdot \Omega$). One of these interpretations might explain what to do with the five red lines at the bottom of the card.

One way to conclude (unlikely):

The five red lines may stand for a five-line staff, and link to music. There is a Spotify list called Volt Squared.

Another way to conclude (much better):

Perhaps the five lines aren't straight, and actually shaped like "$/W$" (credits to @hdsdv in the comments for this idea). In this case the final answer would be OHM (volt squared per watt). Note that it relates to the title of the series, Piece de Resistance, (since Ohm is the unit of resistance), and that it is consistent with the red ink used to write "per e" in the fourth panel.

A third conclusion given the hint that was added:

The scale of the horizontal axis could be $1/2$ (credits to @AHKieran for this idea following the OP's hint in the comments below) in which case the exponents are half what we thought they were, and the answer (in five letters) is VOLTS. It could also be VOLTA, as Volts were named after Alessandro Volta, or something else given the hint of finding another spelling for the four-letter word VOLT.

Edit: the answer is indeed VOLTE as confirmed by the OP in the comments below, who thought that this was a possible spelling of Volt.

Not the answer you're looking for? Browse other questions tagged enigmatic-puzzle rebus or ask your own question.