Mixed-breeds are puzzles too!

Note: Feel free to use any notation you feel the most comfortable with, as long as it's properly explained. My way is to use diagonal lines to show movement between layers. 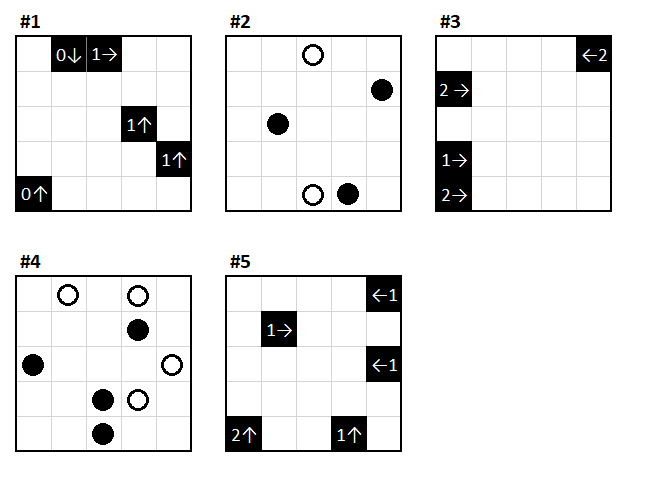 A step-by-step solution follows. Click on pictures for a full-size version. Layer #1 is the "top", so moving towards it is going "Z-up".

Layer #1. The 0 clues allow many cells to be designated unshaded (I use blue for this purpose). Then, there is only one way to resolve the cluster of 1 clues and retain connectivity of unshaded cells. Finally, the dead ends must go Z-down. 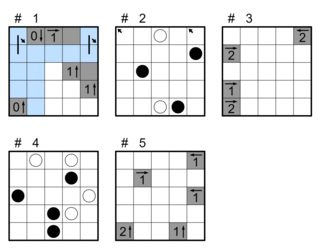 Layer #2. The shading of several of the cells in layer #3's R1-2 can be determined by connectivity logic. Now layer #2 can use information from #1 and #3. R1C3's line cannot go Z-up, so must go left and right. R2C5 cannot go Z-down, so it goes left and Y-down. The dangling end in R1C1 must go Y-down. 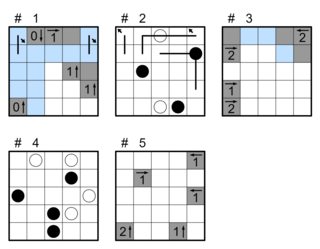 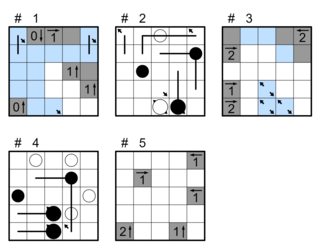 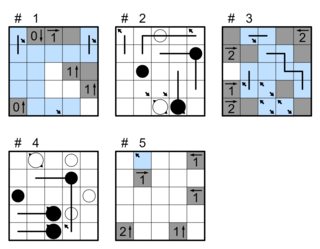 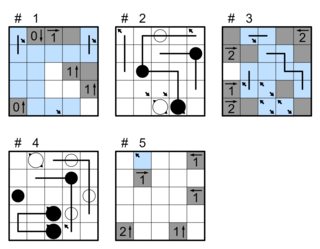 Layer #5. R5C5 is shaded because if not, it would be forced to go Z-up and violate the white circle in R4C5. Connectivity unshading above. The new dangling end must go Z-up, which then forces the dangling end in Layer #3's R4C5 to go Z-up. 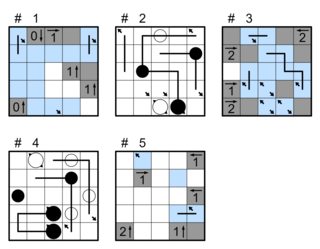 Layer #1. Crosses are where Z movement is impossible. R5C5 must be shaded because any line put there would dead-end. Then several things are forced: the R4-5C3-4 curve, going straight through R2C4, and having R5C2 go Z-down and Y-up. 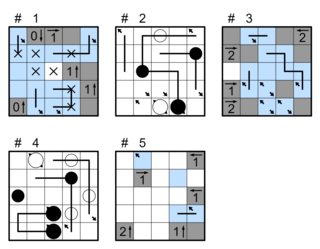 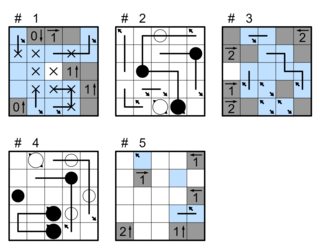 Layer #5. R3C1 cannot be shaded as then the C5 2 clue would isolate an unshaded cell. IT can't go Z, so it is forced to go right and Y-up. Connectivity & clues determine shading. Now the loop in this layer can be determined, with helper Xs to guide the forced lines. 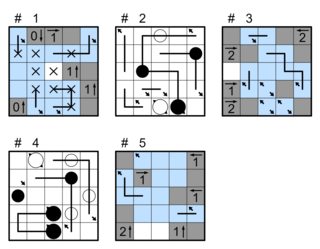 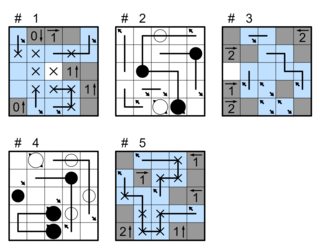 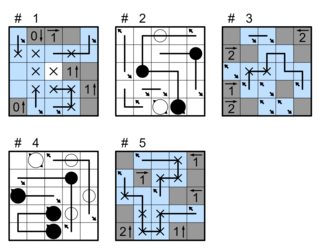 Finish. First, both dangling ends in layer #2 are forced to go to layer #1. Then, with some more helper Xs, loop connectivity forces layer #1's lines, and its last shaded cell. 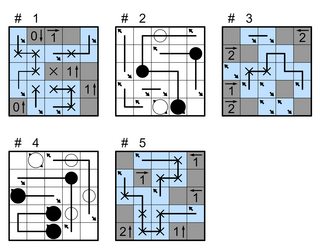 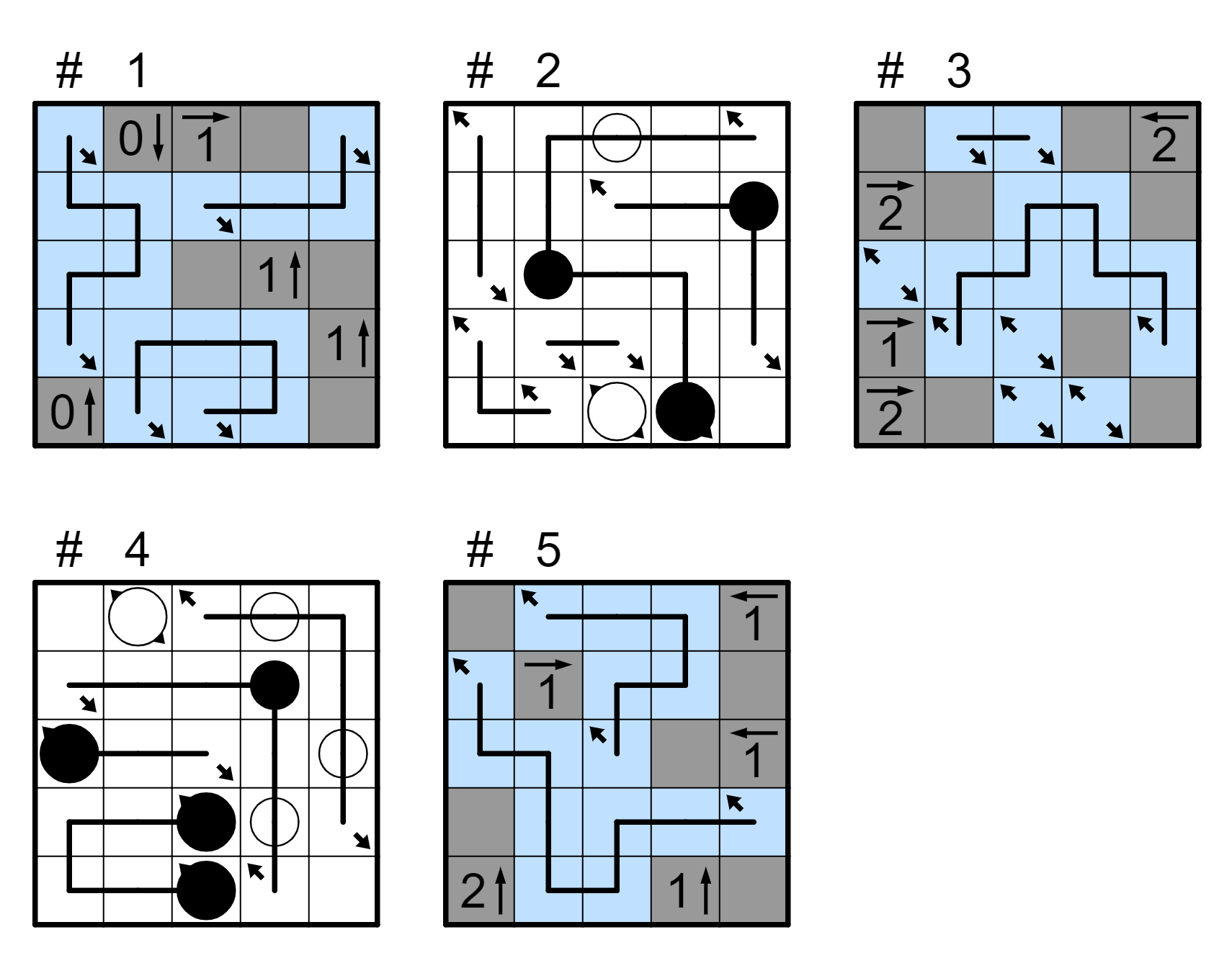 The Masyu layers behave like they do in the previous 3D variants.
The usual Yajilin rules of dead ends only apply when the layer above and below is blocked as well. The 2D-connectivity allows easy deductions. 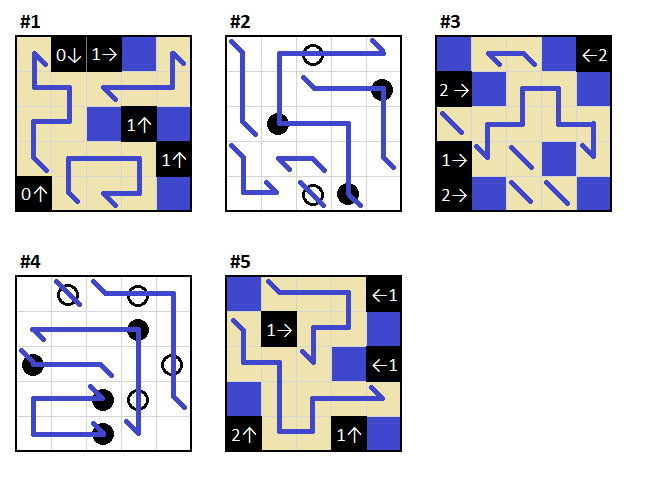 Not the answer you're looking for? Browse other questions tagged logical-deduction grid-deduction three-dimensional masyu or ask your own question.