(8 of 11: Ripple Effect) What is Pyramid Cult's Favorite Skill?

Dear PSE users and moderators,
I’m new here in PSE, but I really need your help. There was this person who gave me a black envelope consisting 10+1 pages of puzzles, and also a scribble saying: “Find our favorites and you will be accepted to join our ‘pyramid cult’. Feel free to ask for help from your beloved friends on PSE. They will surely guide you into all the truth.” I’m also a newbie on grid puzzles, so, could you please give me any hint to solve these? It’s getting harder and harder later on..
- athin 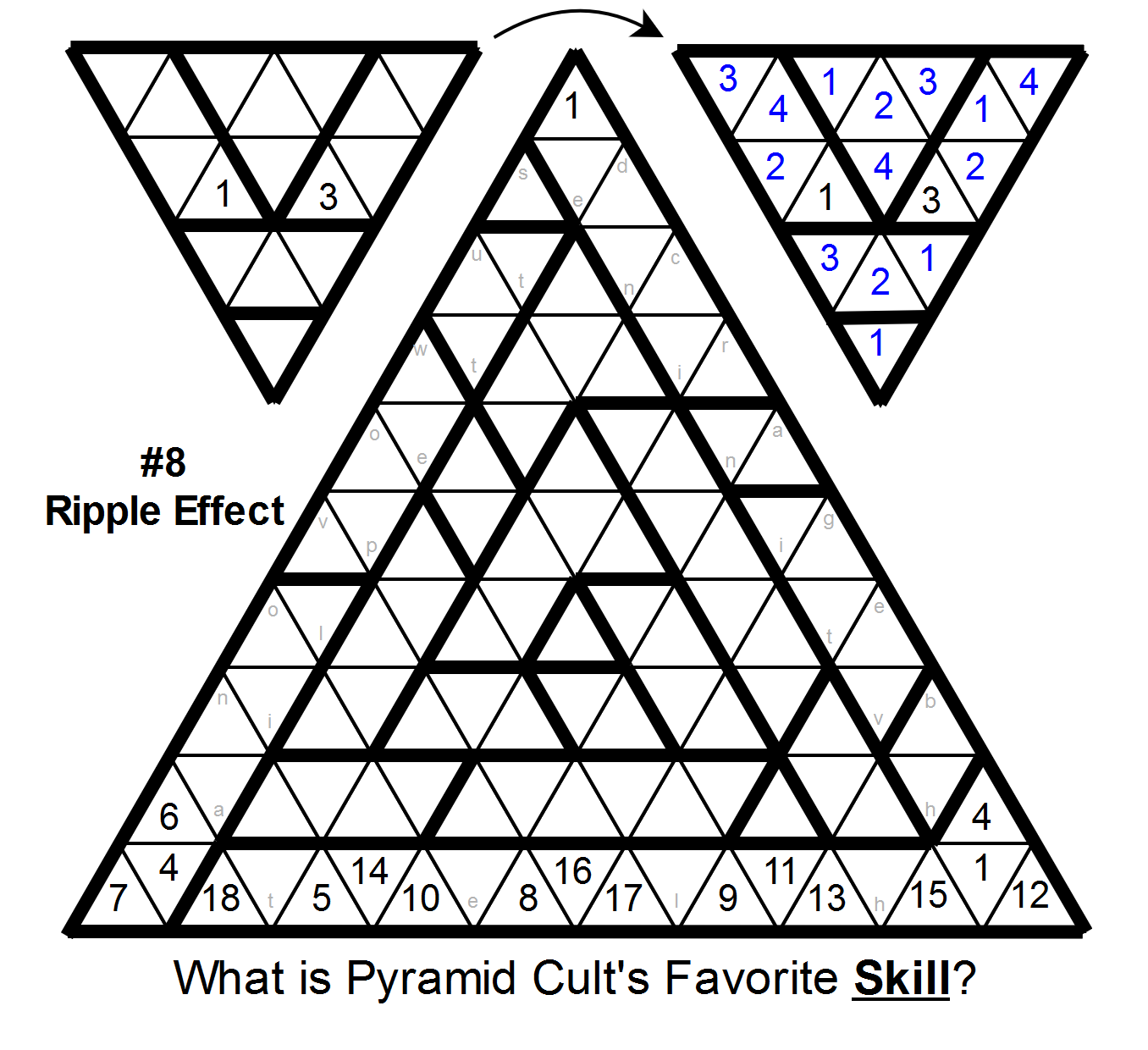 Special thanks to chaotic_iak for testing this puzzle series! 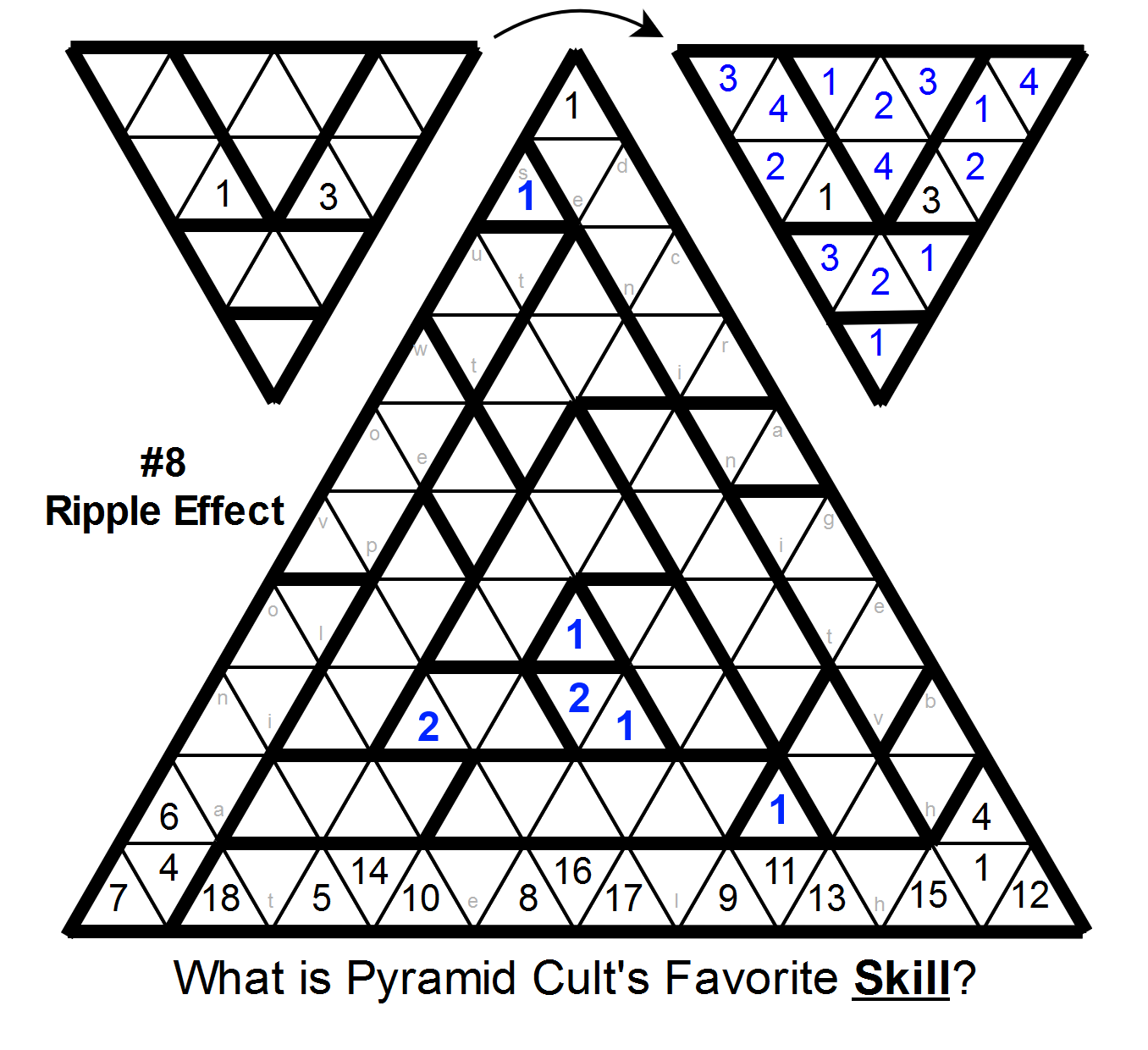 We can use this logic to place a 2 three cells left of the center 1: the 2 below it rules out three of the cells in the region, and the diamond above that region rules out a fourth. (Then a few more cells follow from that.) 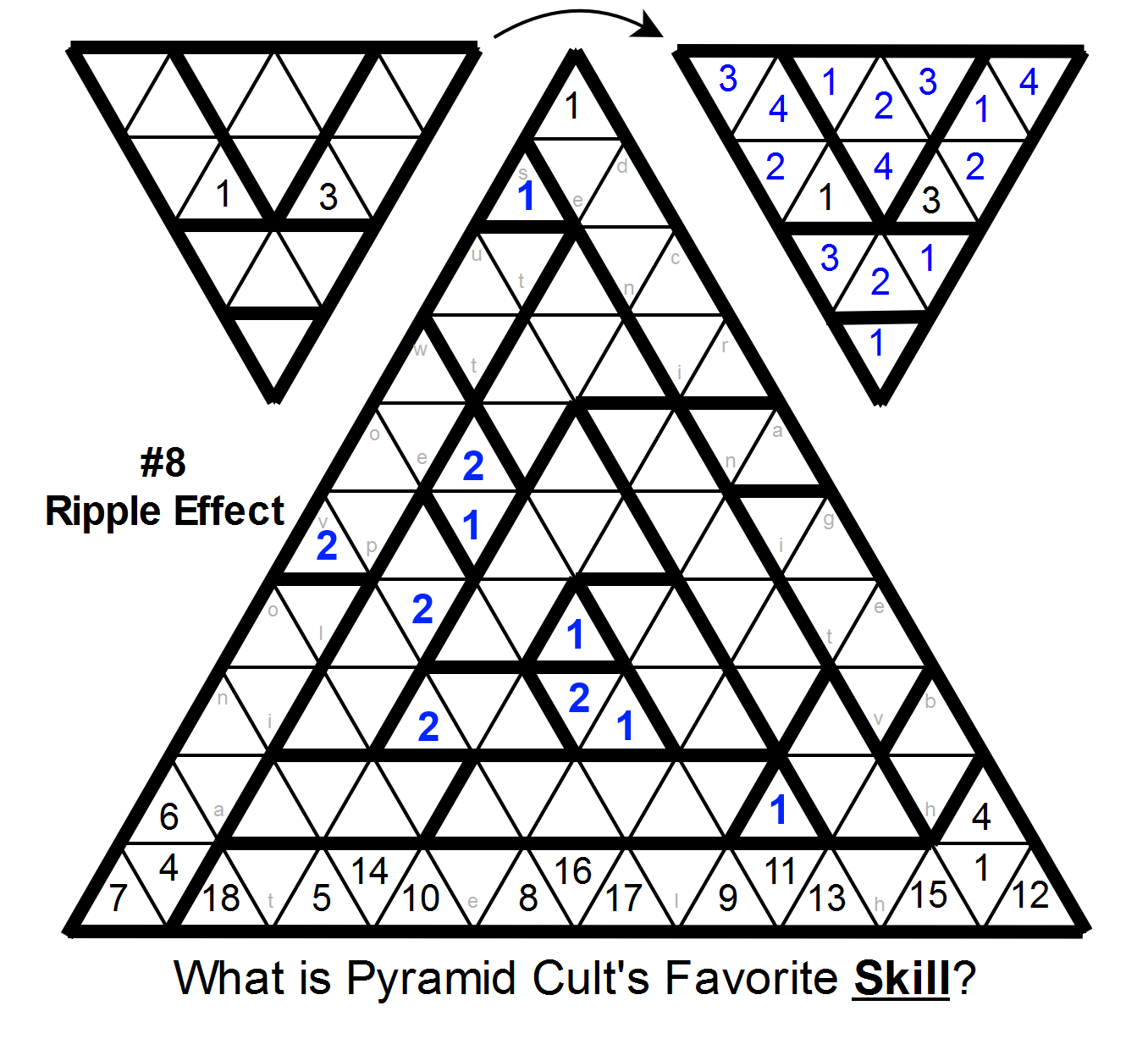 For ease of visualization, I'll mark the cells that must be non-2s. 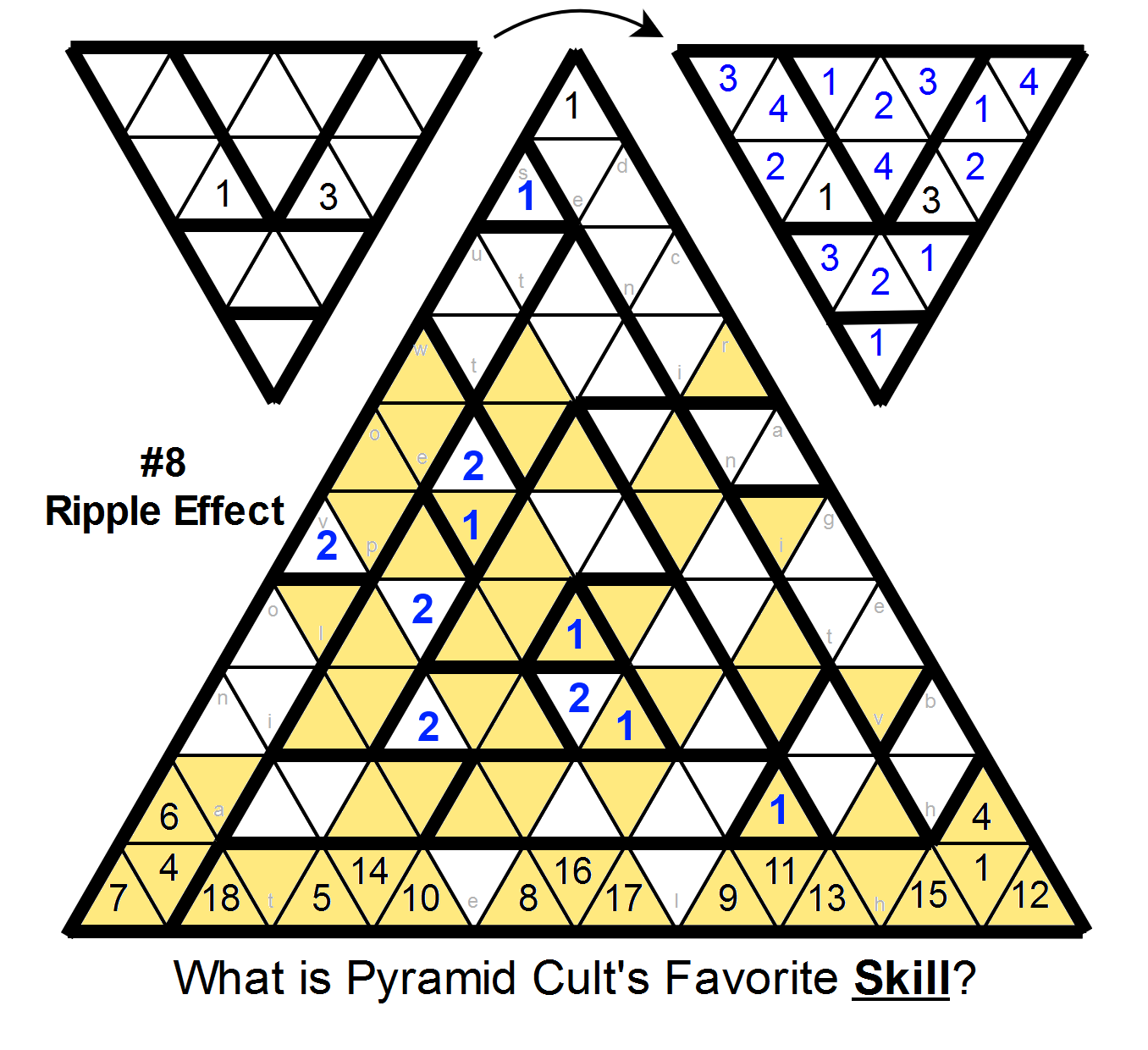 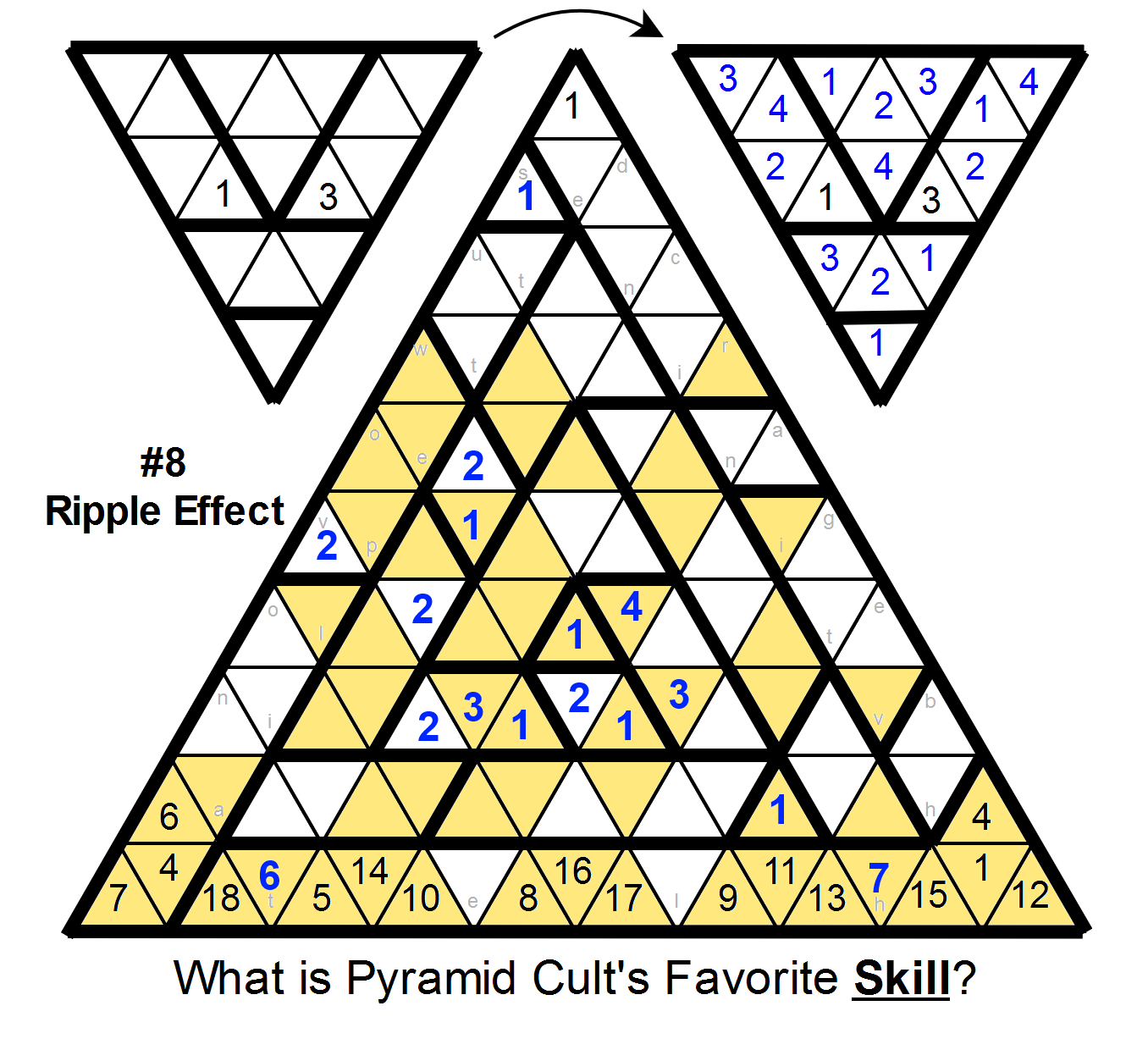 Next, look at occurrences of the number 3:

The two light blue 3s mark locations where a 3 must be in one of two cells. 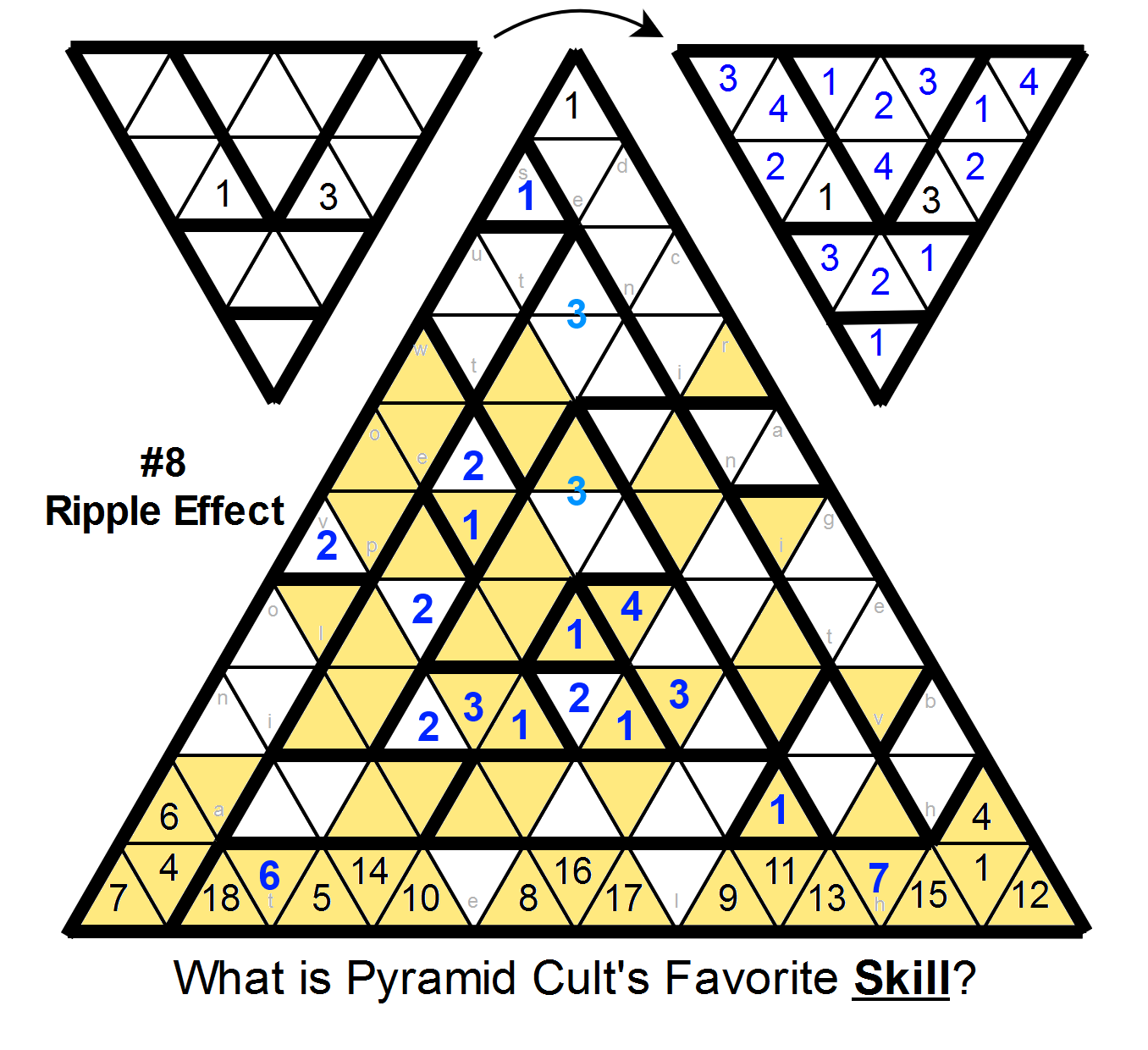 Because of these, the cell just under the single-cell region at the top must be a 2, and this lets us place several more 2s around the grid: 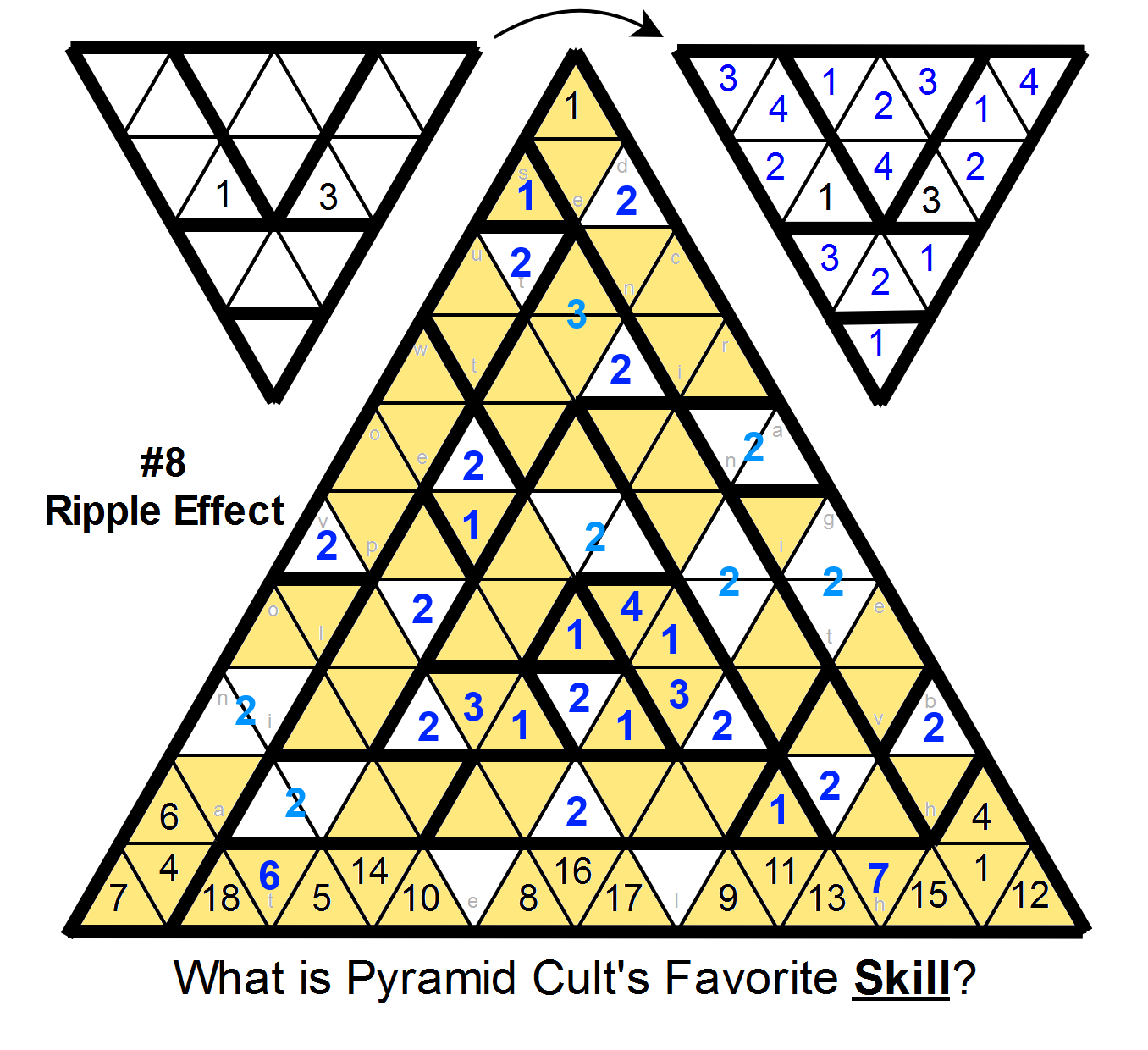 At this point, it's probably more helpful to switch to looking at places 3s can't go:

And sure enough, a bunch of 3s can be placed. (And a few of the ambiguous 2s can be resolved as well.) 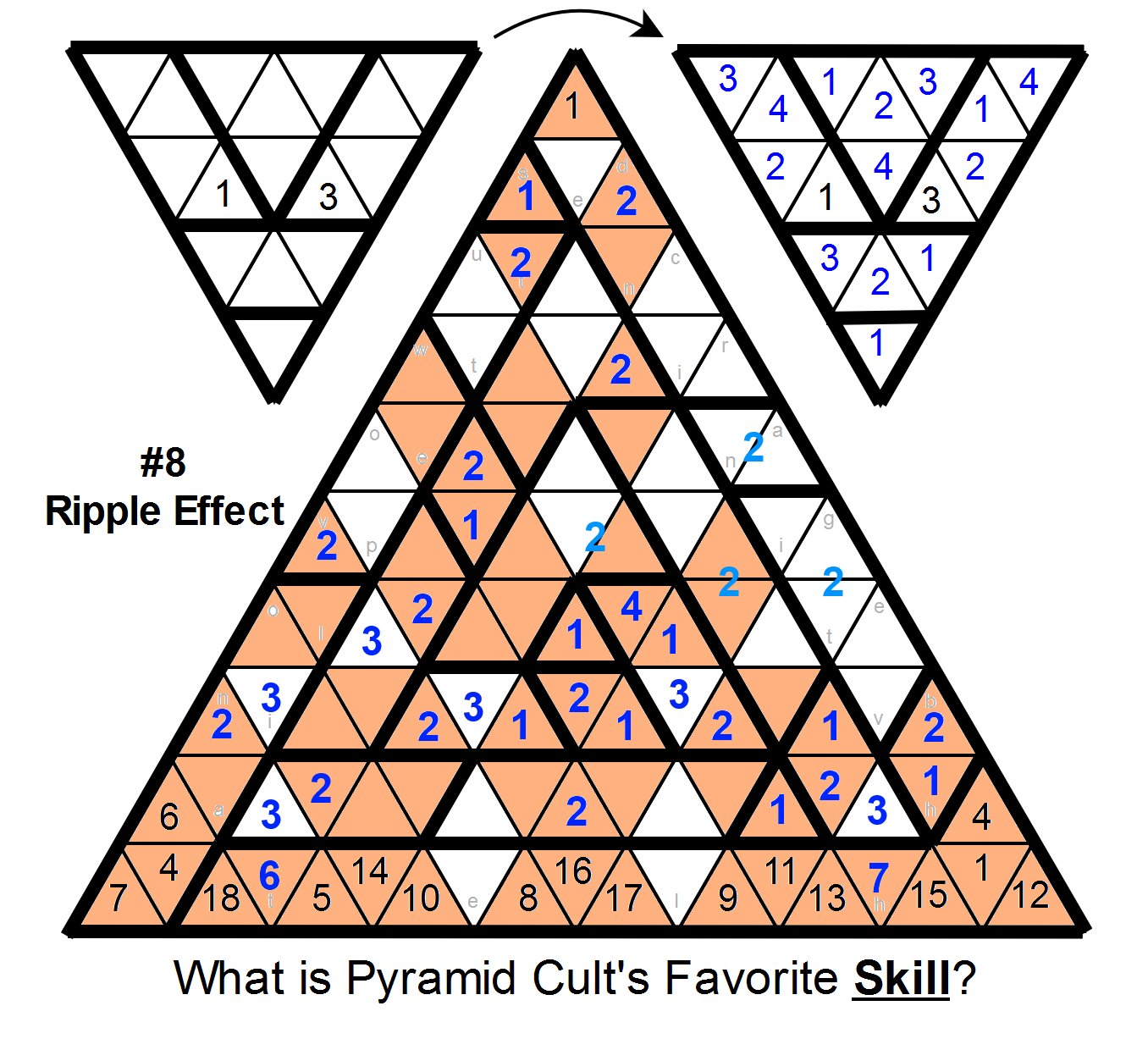 specifically, the only 4 we've placed so far. It forces the 4 in the region just above and left of it, and then that forces a 4 in the 5-cell region on the left edge.

Then, the third cell in column 6 can have a 5 placed,which then constrains the placement in the 6-cell region just above center; either way, the lower unoccupied cell in the left edge 5-cell region is not a 5, and we can complete that region. 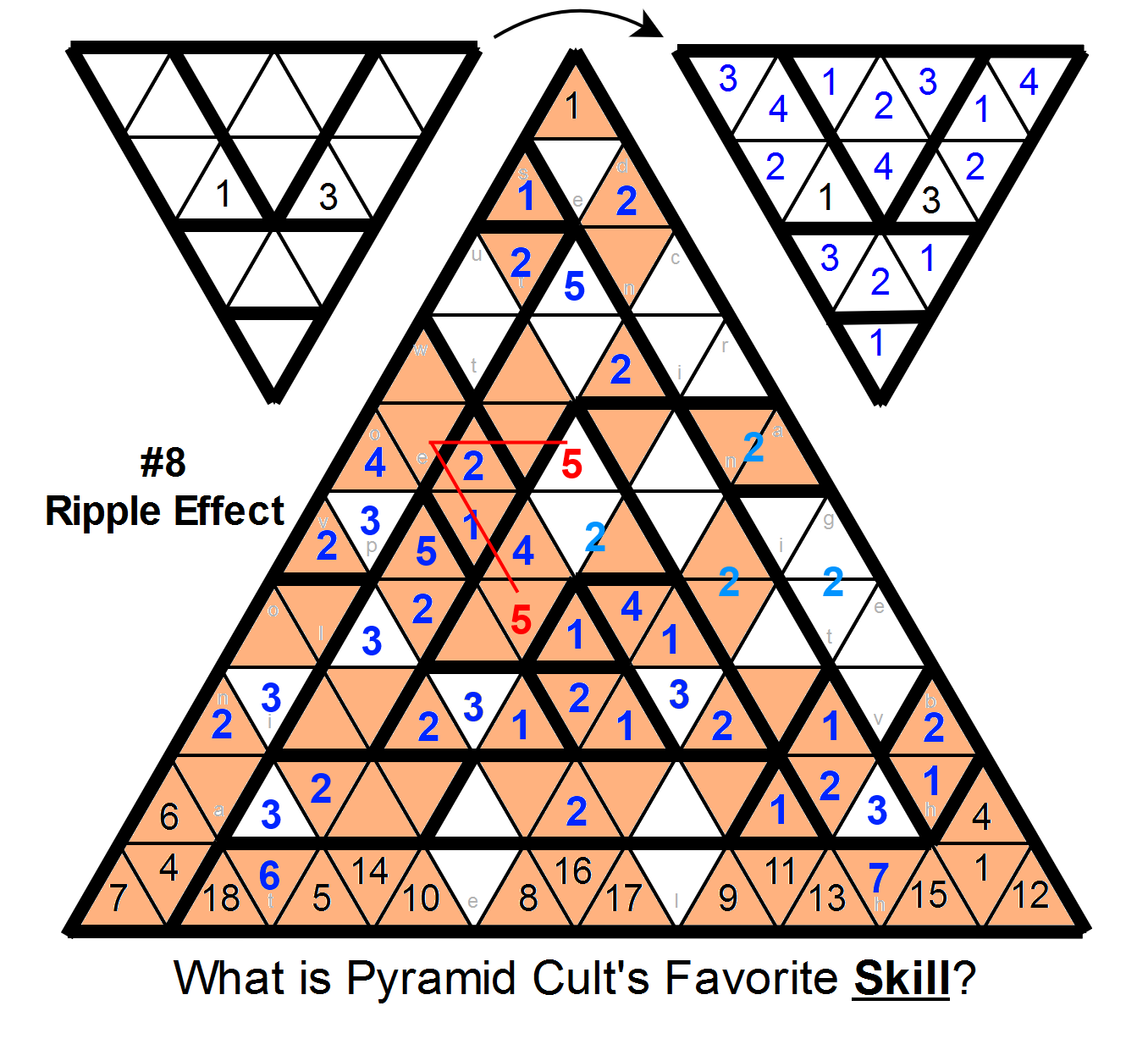 And then the majority of the puzzle falls pretty easily: 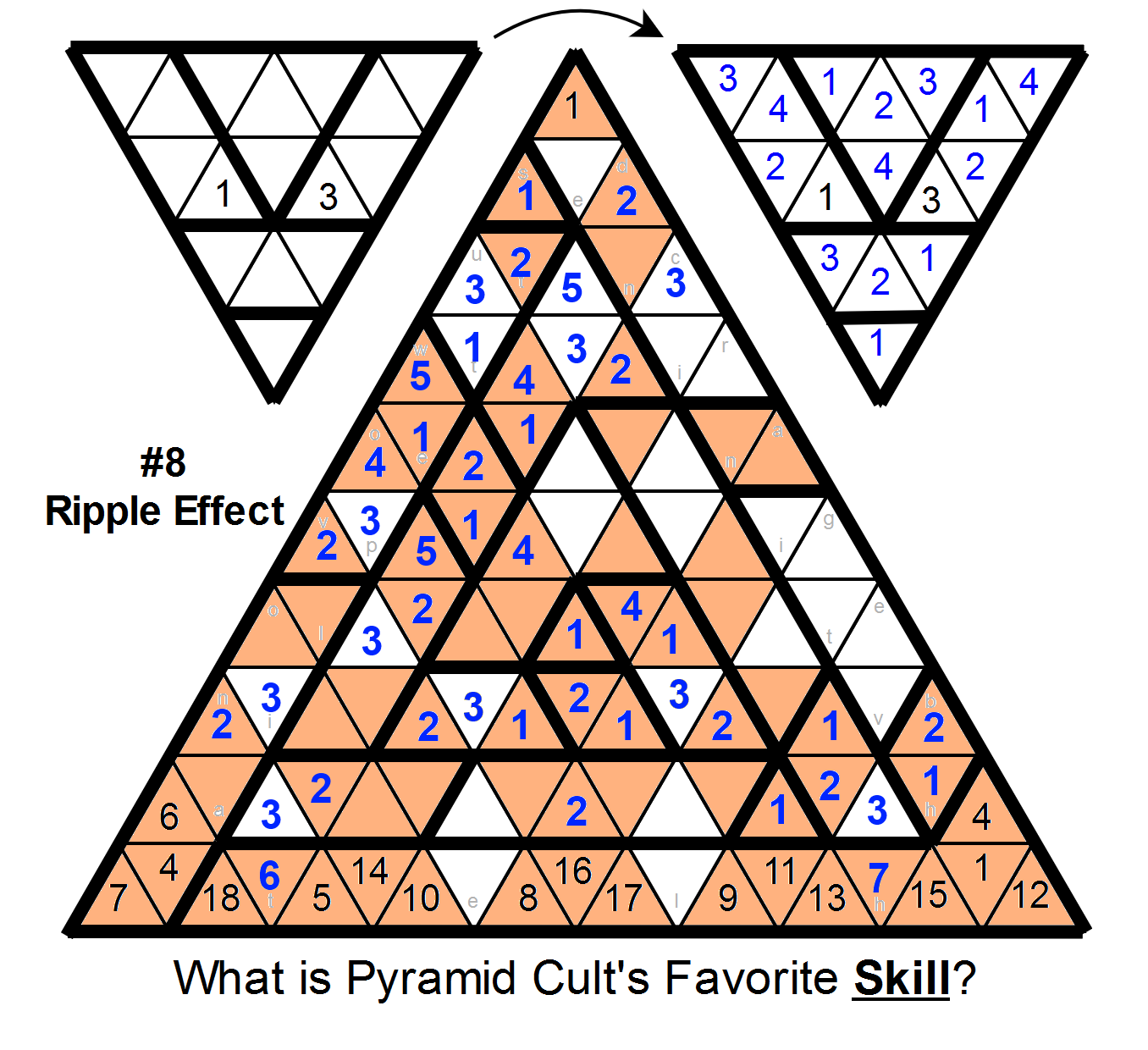 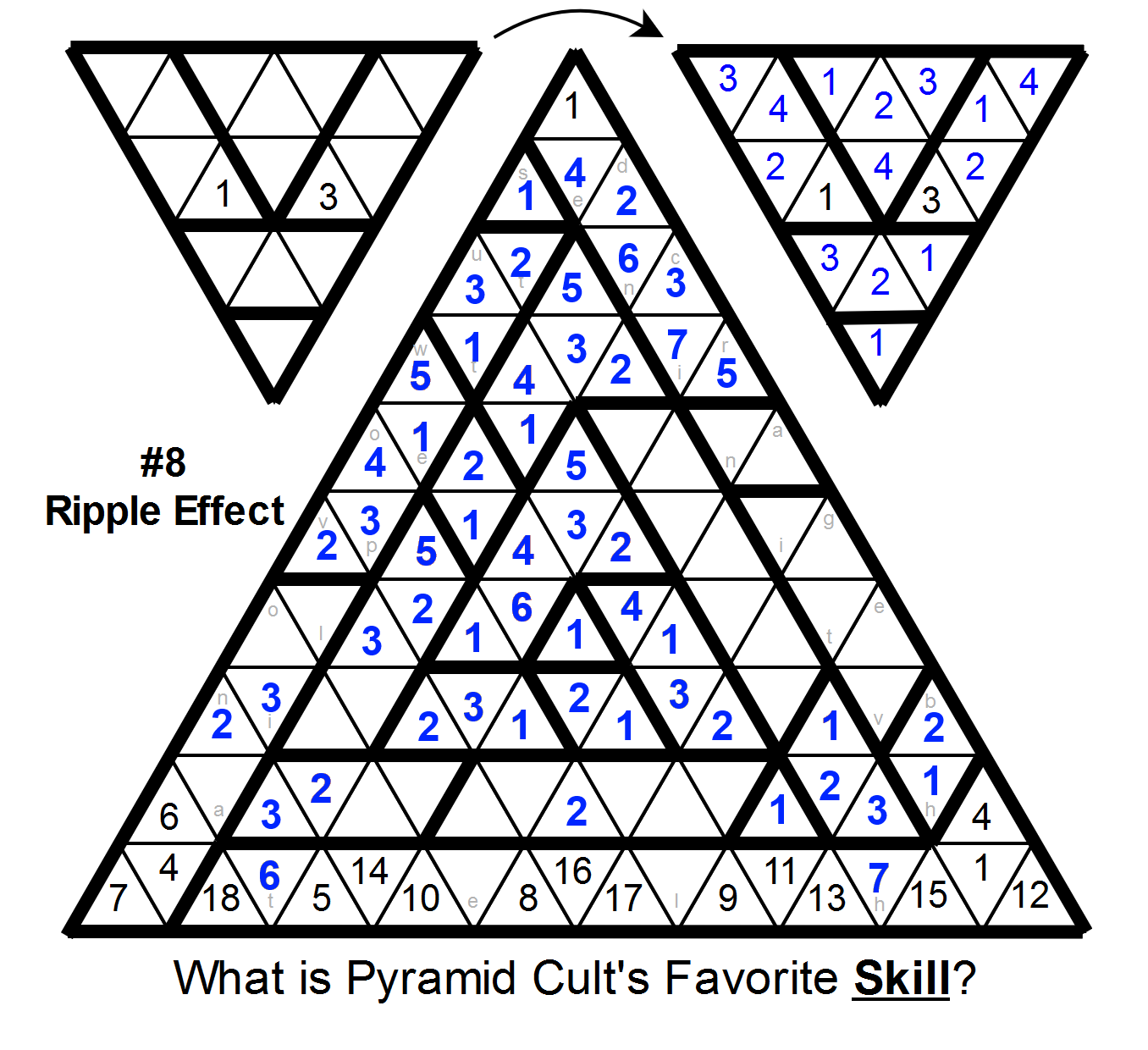 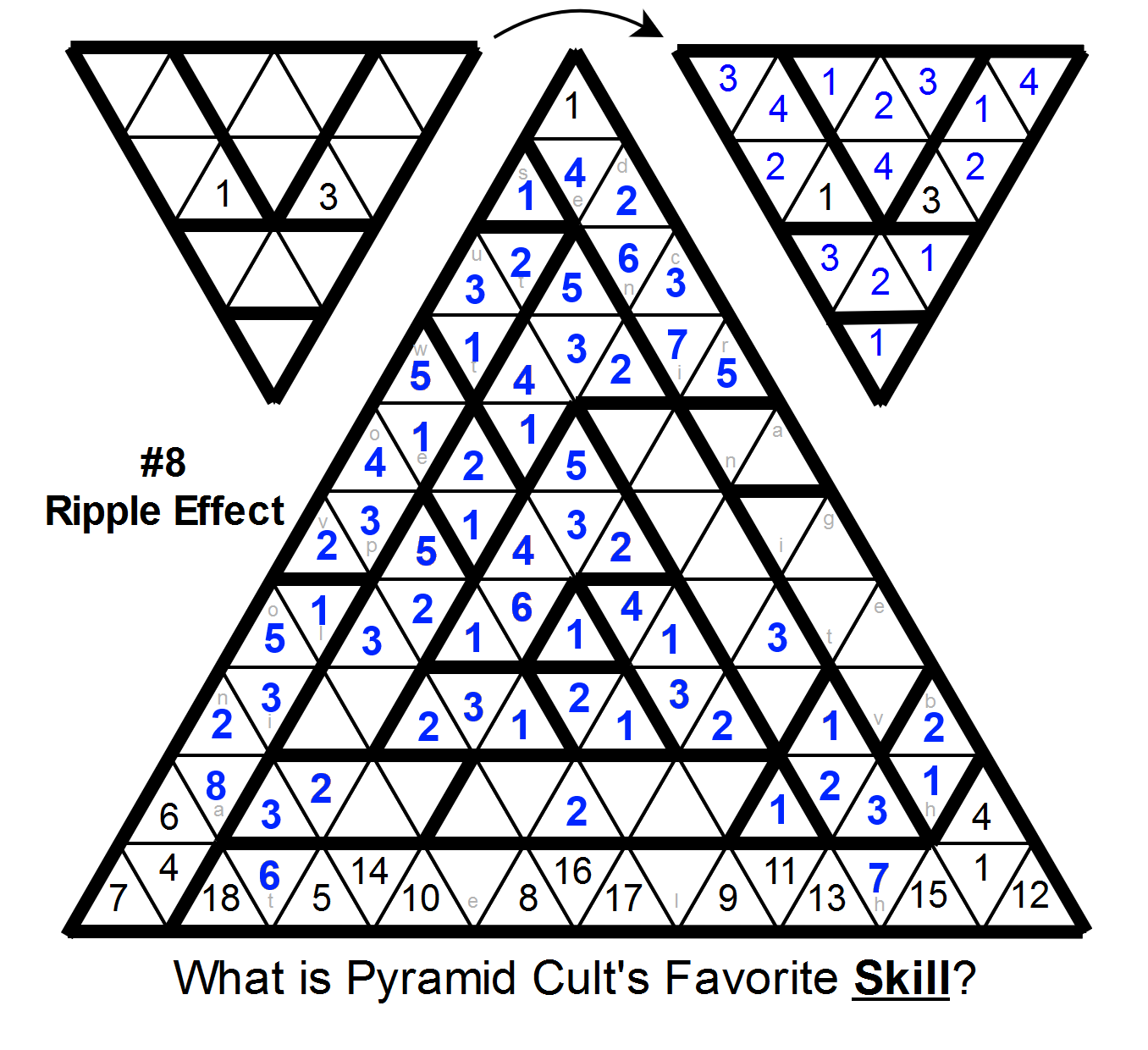 In the bottom middle region, 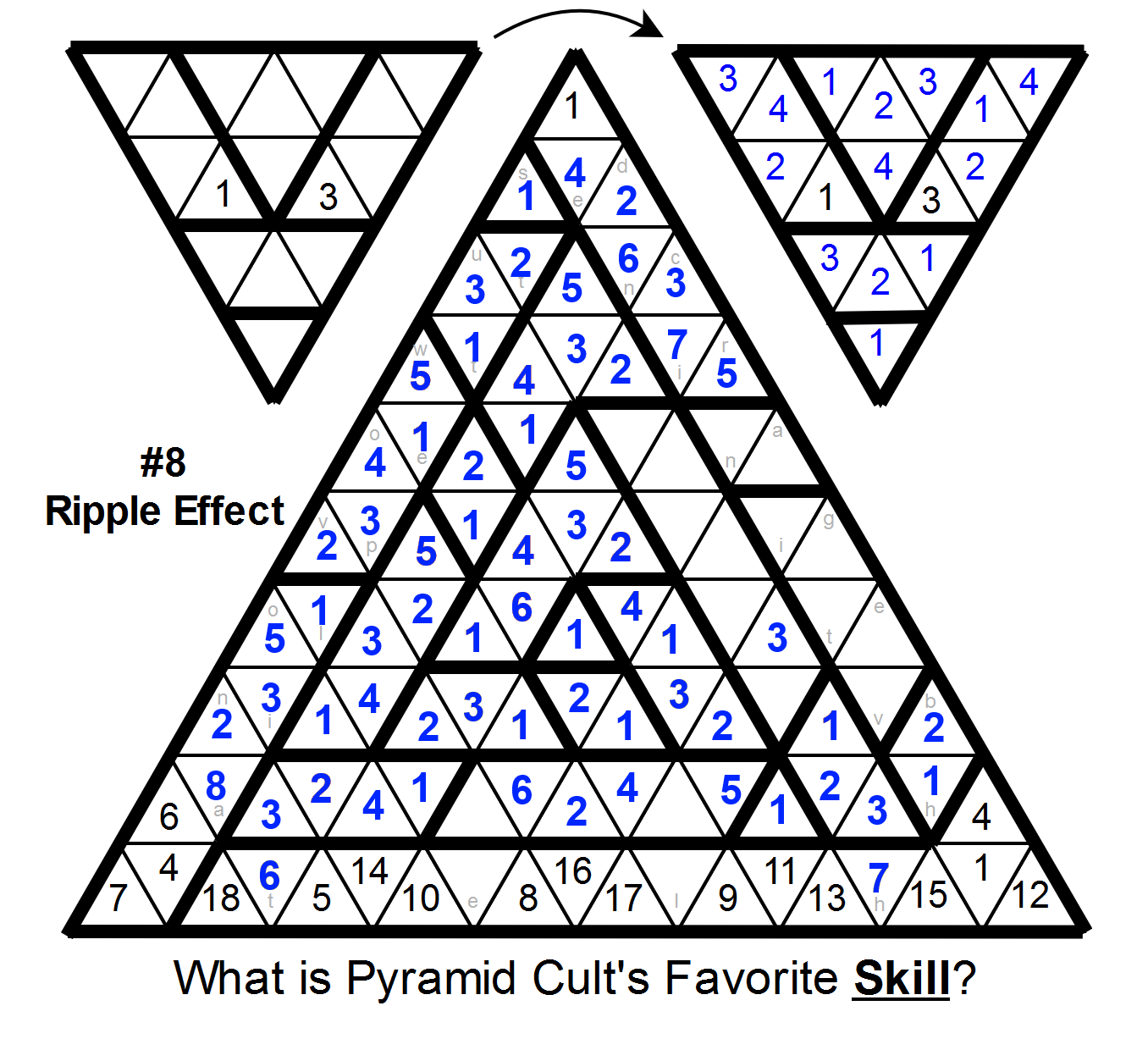 In the middle right region, the fourth and fifth cells down must contain 2 and 5 in some order (since no other cells can have them). Then 4 can only fit into the bottom, and then everything else can be resolved fairly easily. 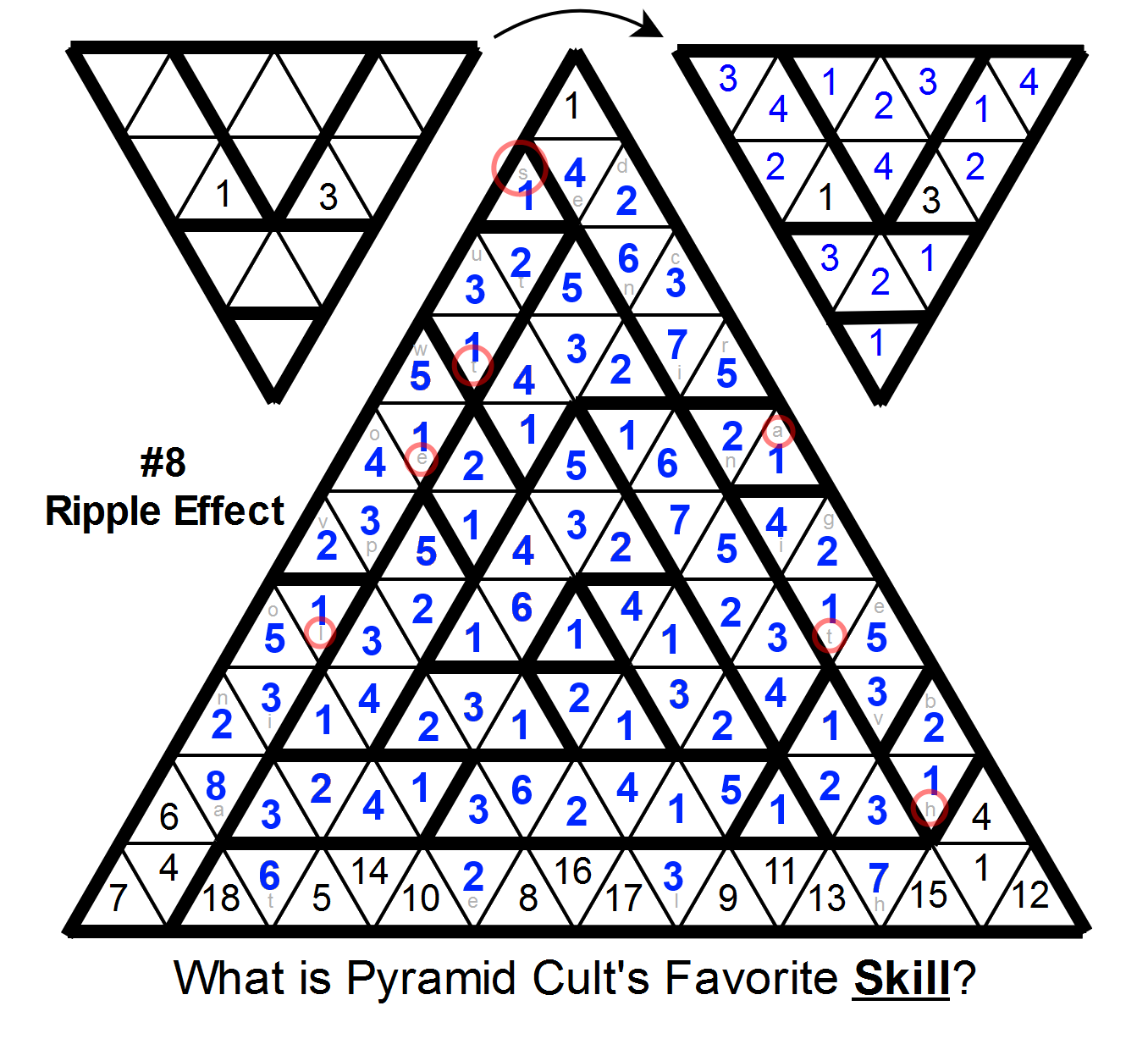 Taking the letters of cells that contain 1s gives the answer: STEALTH.