This is a three-dimensional Statue Park puzzle.1 The five squares in the below image depict the five levels of a $5\times5\times5$ cube. The goal is to fit inside it the eight pieces shown in the picture, so that the resulting space satisfies the following conditions: 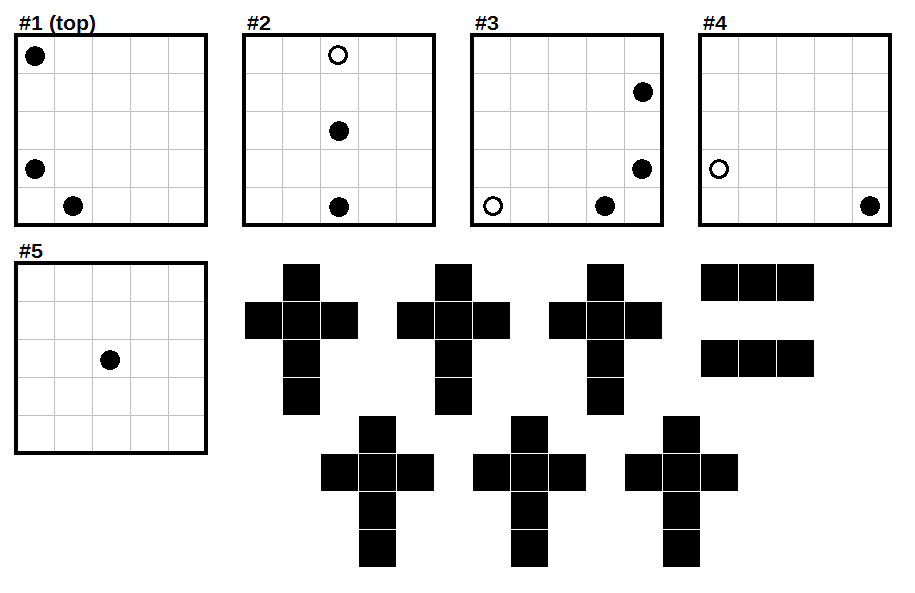 Note: The pieces are drawn in 2D above, but all are 3D pieces with thickness 1. So the daggers are made of 6 mini-cubes and dashes are made of 3.

1 The Statue Park puzzle type was invented by Palmer Mebane. The original rules can be found on his blog.

For clarity: in this answer, "up", "down", "left", and "right" refer to the obvious directions. "In" and "out" refer to movement between layers, with "in" increasing the layer number and "out" decreasing it.

The two diagonally-adjacent black dots in the corner mean that the corner is empty. The cell in the top left of layer 1 cannot go downwards, and that means it must go left or inwards. And it must be part of a dash rather than a dagger, meaning the cell in L2R1C2 (layer 2, row 1, column 2) must be unshaded. 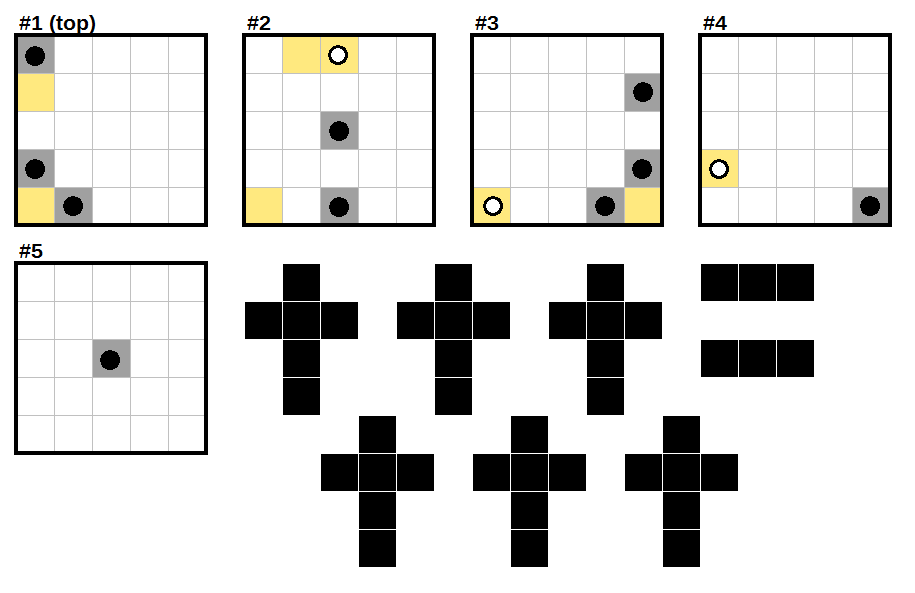 If the cell in L3R4C4 was shaded, it would block off the black dot in layer 4.

If the cell in L1R4C2 was unshaded, both of the clues next to it would be dashes going inwards -- but that means we would have three dashes, because the very top left dot is also part of a dash. So it is shaded, and we can get a large portion of layers 1 and 2. 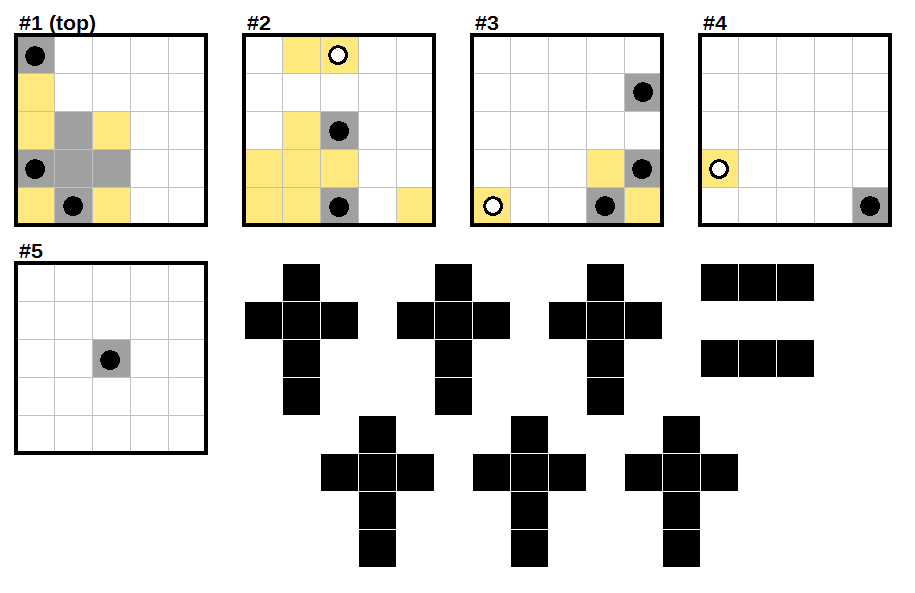 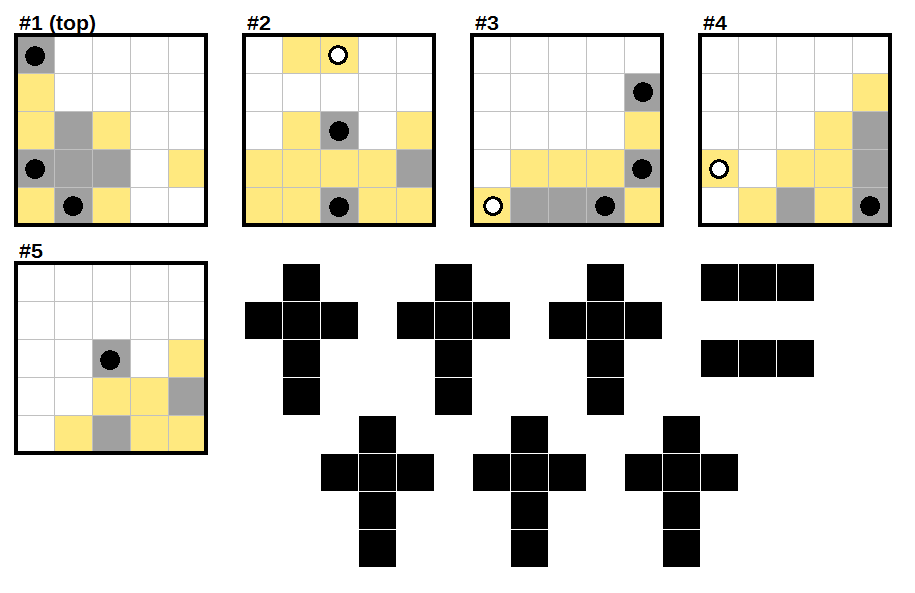 Note that every cell in a shape either has two adjacent cells in opposite directions, or a two-cell extension in one direction. (Or both.) 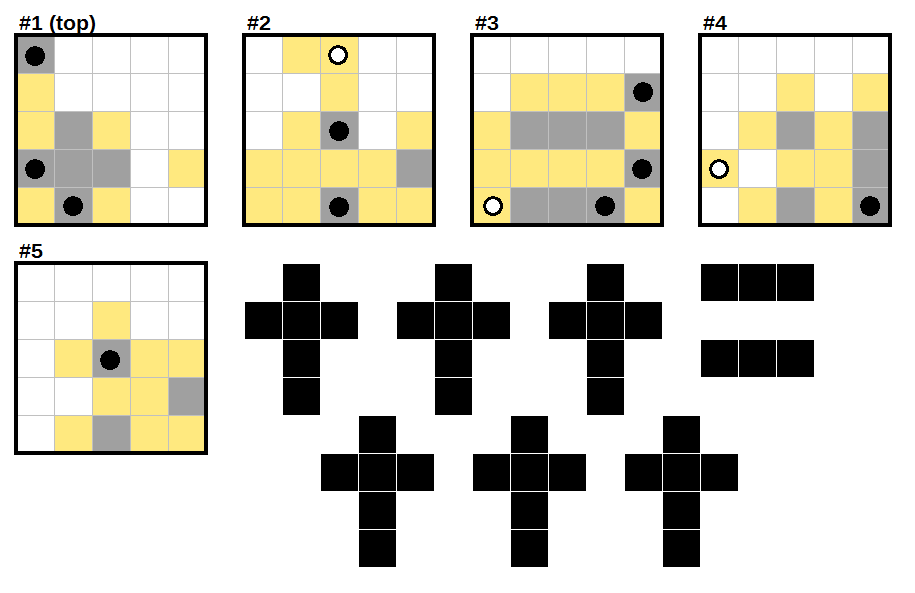 By similar logic to step 4, the remaining black dot in layer 3 can only be a dash, extending two squares outwards.

No remaining daggers can fit entirely on a layer (apart from the nearly-finished one on layer 1), so both will have to be placed between layers. We can also mark off some cells in layers 4 and 5 as being unusable for daggers. 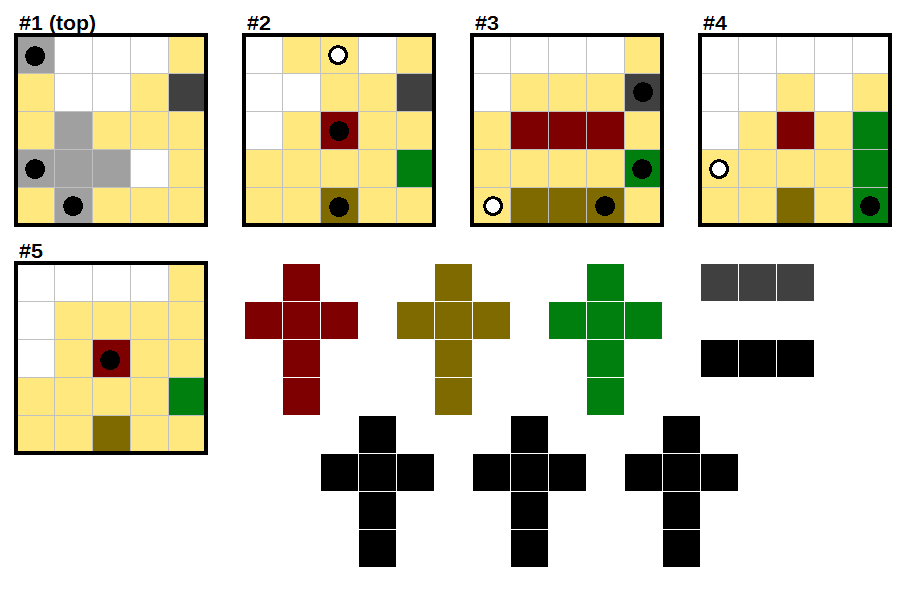 If one of the remaining two daggers is placed with its 4-square-long part horizontally, that must be in layer 4. But then the other dagger cannot be placed: there's no room for it to be placed horizontally, and its handle cannot be in layer 2, 3, or 4. So both must point inwards or outwards. 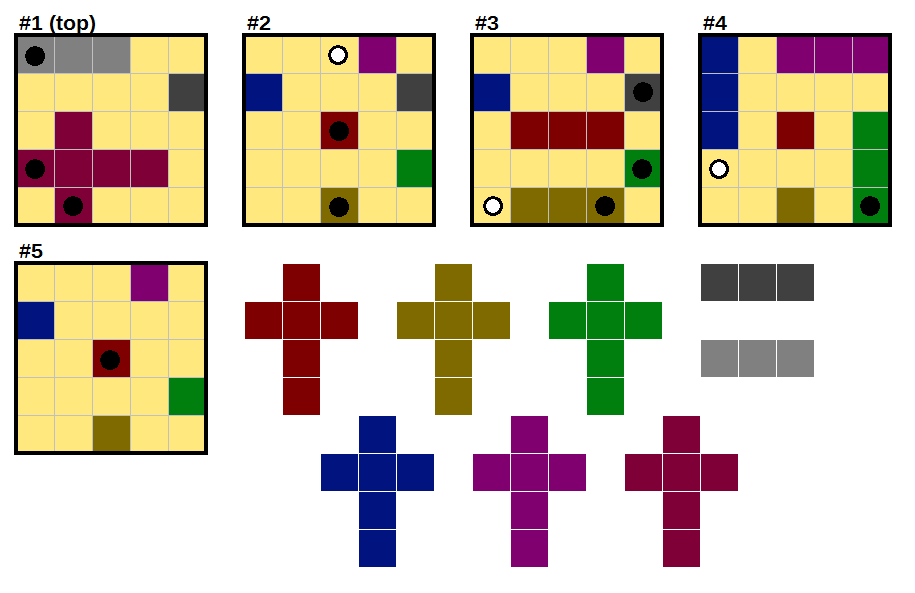 Not the answer you're looking for? Browse other questions tagged grid-deduction three-dimensional or ask your own question.