Each Grand Grid involves you discovering clues that allow you to solve a logic grid puzzle. The second in this series will be just like the first, except not at all, because this time the clues are entirely obscured in the Runescape map.

I won't be able to provide transcripts this time as part of the challenge is working out what the actual text is.

The image gets scaled down on this site. You will need to view the image in hi-res here. 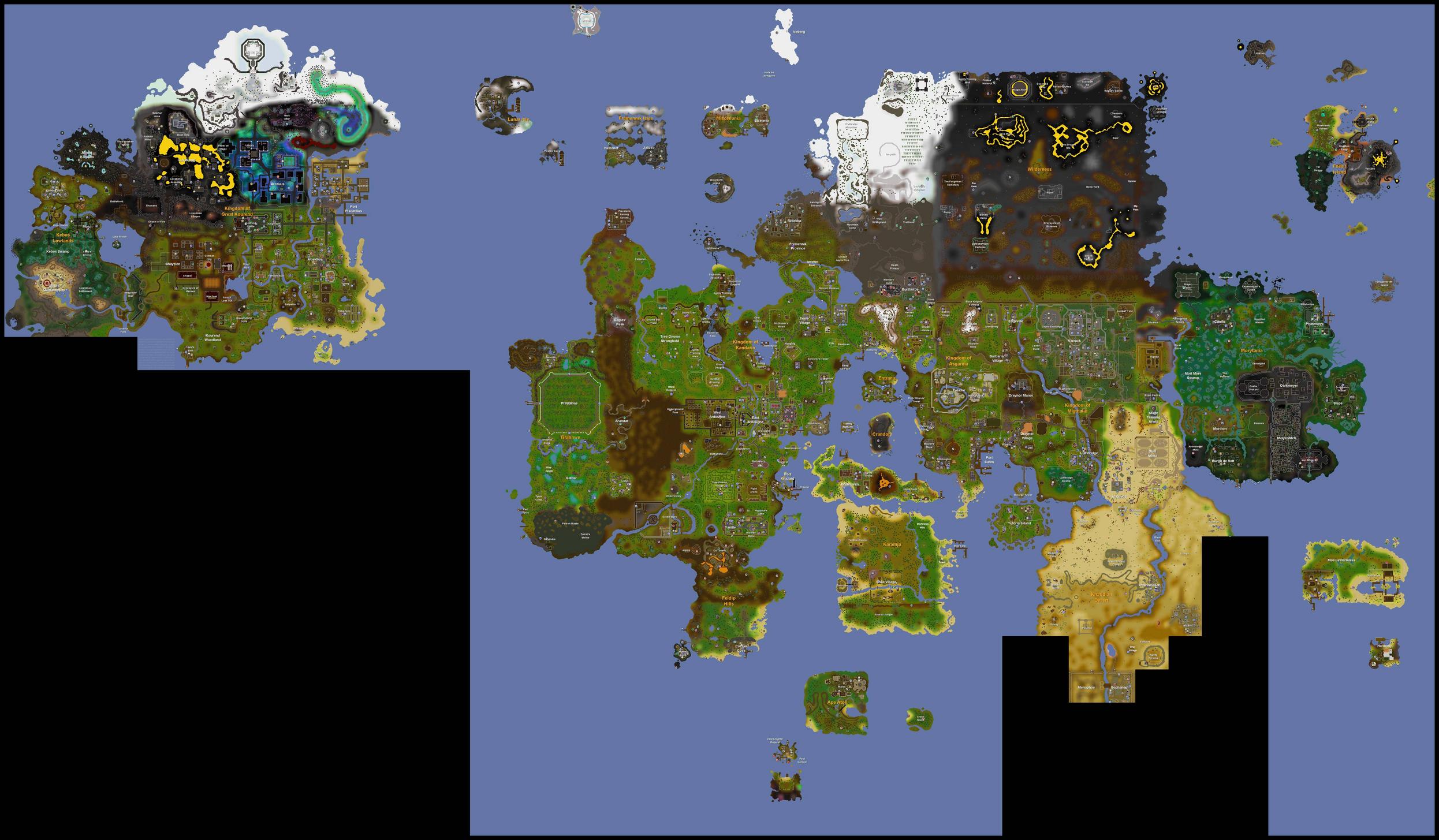 There are six clues to find. I expect that this will require a group effort.

Join the Grand Grid chat to discuss it.

Due to @Annosz's fantastic progress and thinking that the script used for both of the last clues is harder to find the official version of than I intended (and if you don't have them it becomes very difficult indeed), I have decided to redo them in English:

Fourth Clue (As ordered by @Annosz)

Fifth Clue (As ordered by @Annosz)

The script was Liron. I couldn't remember what it was at the time of posting the above transliterations so did the cipher again with a different key. https://www.omniglot.com/conscripts/liron.php

The six hint are highlighted in this image: 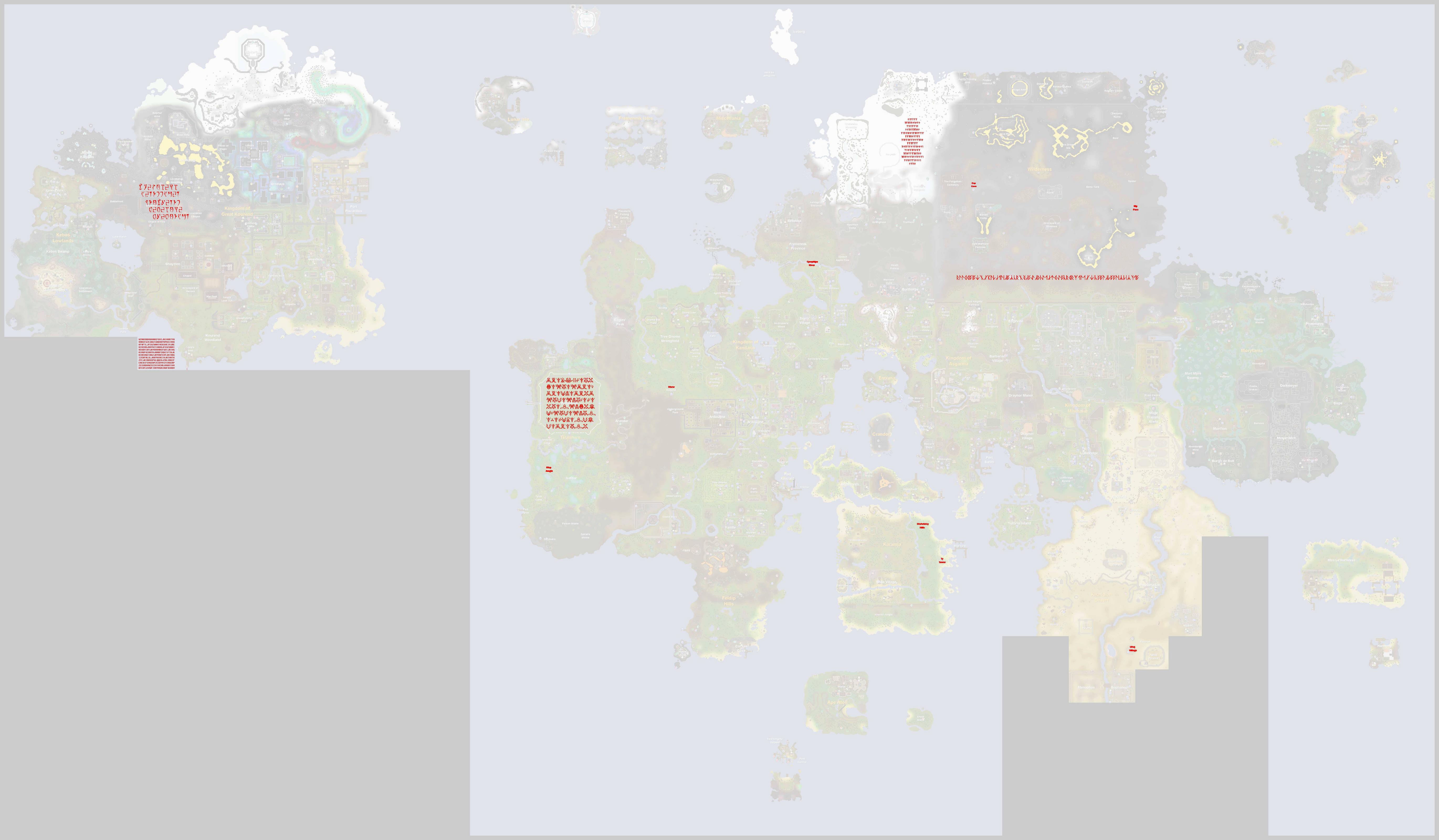 This can be extracted by getting the differences of Joshua's and the original Runescape map.

Left-down corner, in the sea 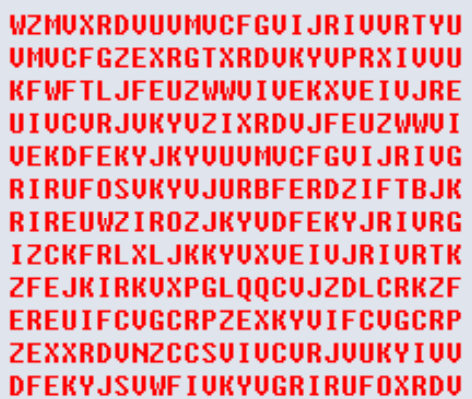 This is a simple rot17 cypher, which hides the following message (with spaces added):

Letters at the Shamans region: 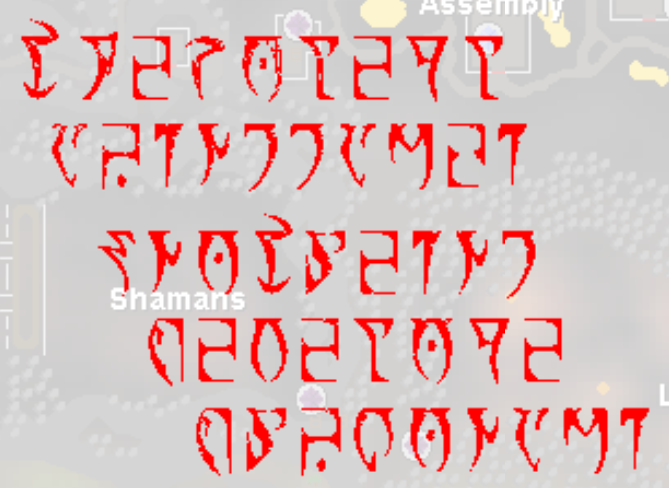 This is written with Daedric alphabet, and translates to the following (with spaces added):
THE ROLEPLAYING GAME IS NOT BEING DEVELOPED BY KINAMI

Letters at the Prifddinas region: 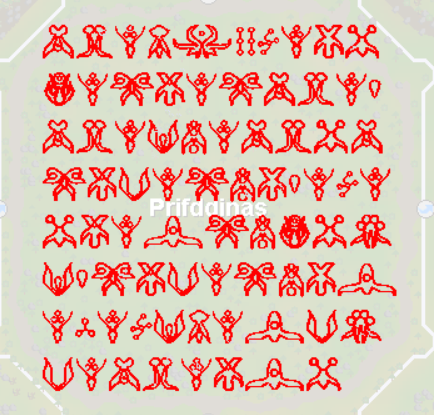 I don't know the alphabet here, but from the previous hint I suspected that the word 'developed' will be present. I searched for the pattern, and when I fount it, I started replacing letters and backtracking. The decoded message (with spaces added) is:
THE PUZZLE GAME IS EITHER THE ONE THAT IS BEING RELEASED IN MAY OR IS BEING DEVELOPED BY BETHESDA

Letters on the mountain:

@Joshua Bizley gave the following translation:
FLTTHEMILHHSPERRERAUAAEIEFZBXLRETZCIEGMELDSAAOREEWSMNTGFIEETHAG
And by @Jens's work we found that if we take every 7th letter we get the following message:
FIRAXIS WILL RELEASE THEIR GAME THREE MONTHS AFTER THE PUZZLE GAME ABCDEFG 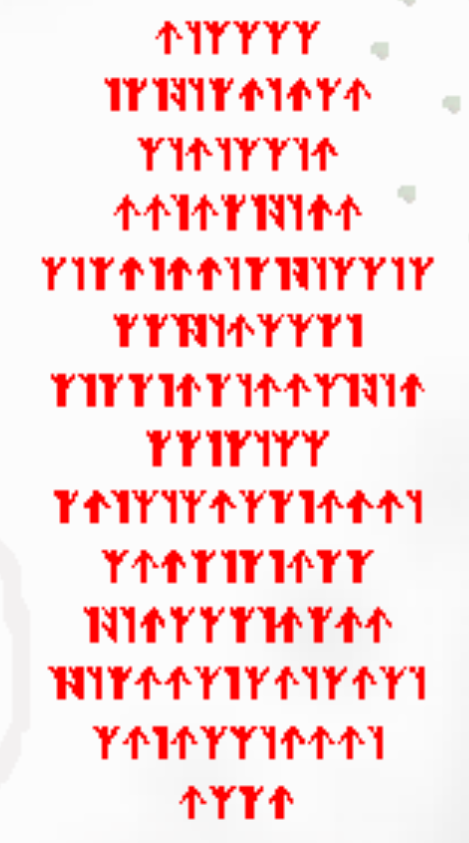 @Joshua Bizley gave the following translation:
ACBBBBCBCDCBACABABCACBBCAAACABCDCAABCBACAACBCDCBBCBBBCDCABBBCBCBBCABCAABCDCABBCBCBBBACBCBABBCAAACBAABCBCABBCDCABBBCABAACDCBAABCBACBABCBACABBCAAACABBA
And @Jens found the solution (the method is written in his answer, make sure upvote it too!)
THE ACTION GAME IS BEING DEVELOPED BY PARADOX

If you put these names in alphabetical order by their suffix / area name, you get the following text:
EspDtxfwletzyRlxpHtwwMpCpwpidpoTyUfwj

Which is a ROT for the following question:
The simulation game will be released in july

The final solution and the logic grid is the following: 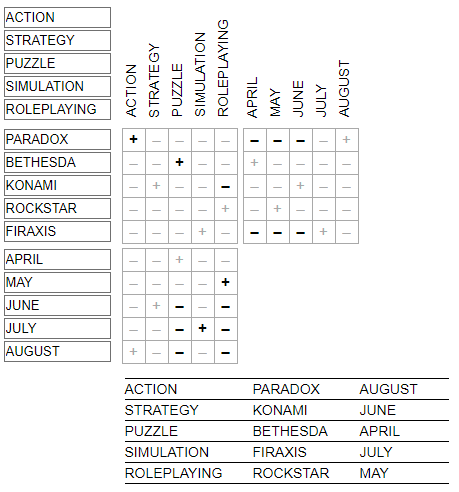 I've solved the fifth hint, but it's a bit long for a comment:

I assumed the word GAME was somewhere in the message and since there was only one four-letter word (AAB-BA-AA-B), that must be it. Some more trial and error gives the following clear text:

THE ACTION GAME IS BEING DEVELOPED BY PARADOX

Bethesda is releasing in June. But I haven't checked if other solutions are possible. Perhaps a last clue is needed? I'll let @Annosz wrap up the puzzle since he did the vast majority of the work! :).

The last comment above is wrong. There is only one solution. I leave it to you, @Annosz. :)

Not the answer you're looking for? Browse other questions tagged cipher visual logic-grid or ask your own question.

61
The needle in the network - find it!
12
Batman and the grid
13
Portraits and quotes - Clue Twenty Four
2
Dungeon Quest: a twisting and turning imgur-maze maze
5
How do I reduce a negative hint with multiple possibilities?
2
Tokyo Metro puzzle special: Oops, the lines are coming down
11
The Grand Grid I
5
A themed B&A Puzzle
15
The Cryptic Tower
14
The Facebook (a double connect wall)