I have come up with a cipher idea that probably isn't original but I can't find anywhere, and I wanted to get an idea of just how hard it is by seeing if anyone here can crack it. I would especially like to know whether there's any realistic chance of breaking it with a pen and paper as I would like to use it for a codes and ciphers club I run, but if you can't, please do try to crack it with whatever program you can find.

First method: Look for sequences that are in both messages (including backwards, vertically, and diagonally)... with enough words, you may be able to guess what letters the symbols represent.

Second method: I made a shameful mistake with the second message... I moved the letters in the wrong direction through the alphabet before changing the font. Which means you can now compare the wrong and right versions of the second message to the official Hymmnos script in order to work out exactly what each letter is.

The list of words are Pokemon ordered by national dex no.

Of Weedle and its evolutions, one didn't fit 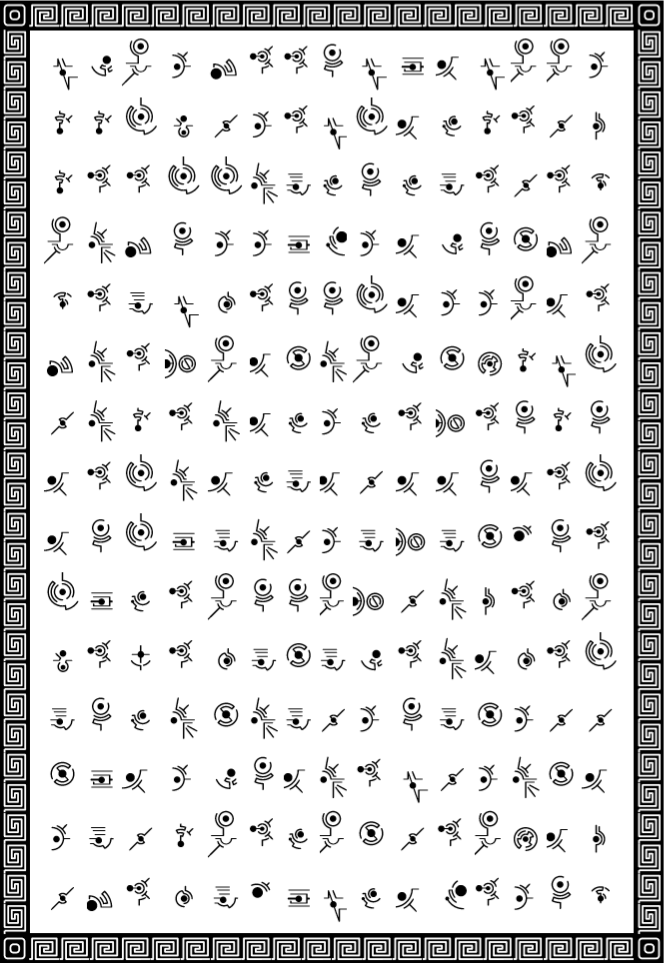 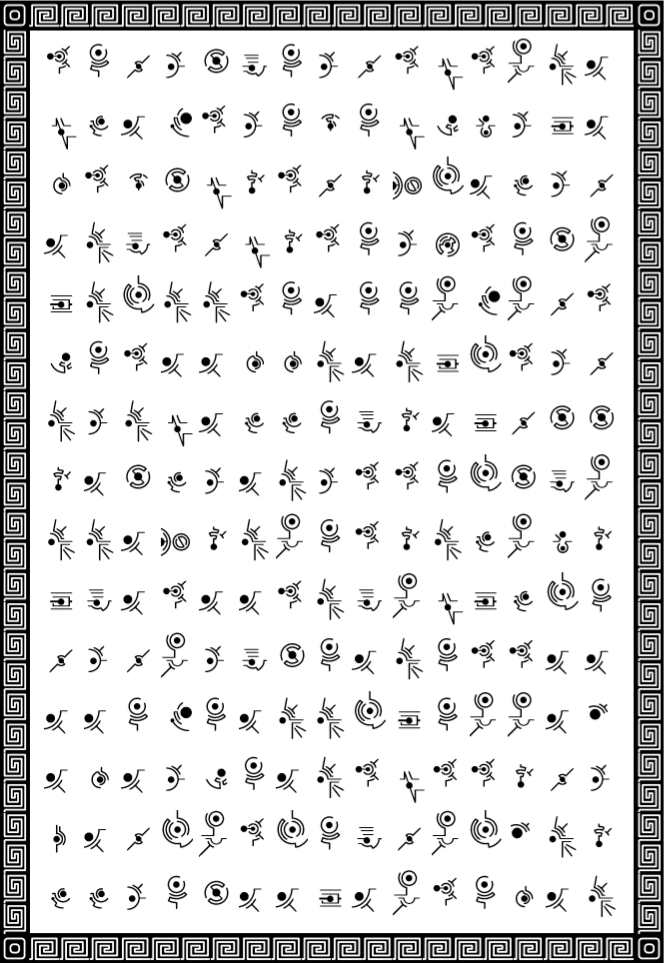 Second message with each letter shifted the wrong way through the alphabet relative to the official Hymmnos script: 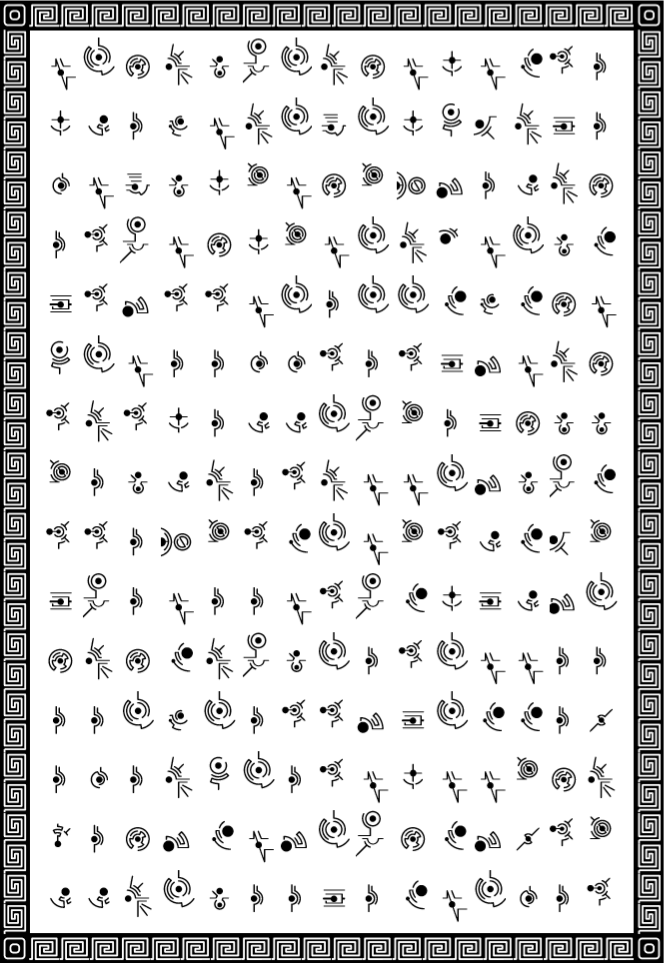 Here's the boards with each symbol being given a letter (so it's easier to write and differentiate), the number of times it appears, and the boards written using the assigned letters. Now that we have a second board, the frequencies change (frustratingly) much - note that this is because this translations was done before the mis-shifting of the second message was discovered: 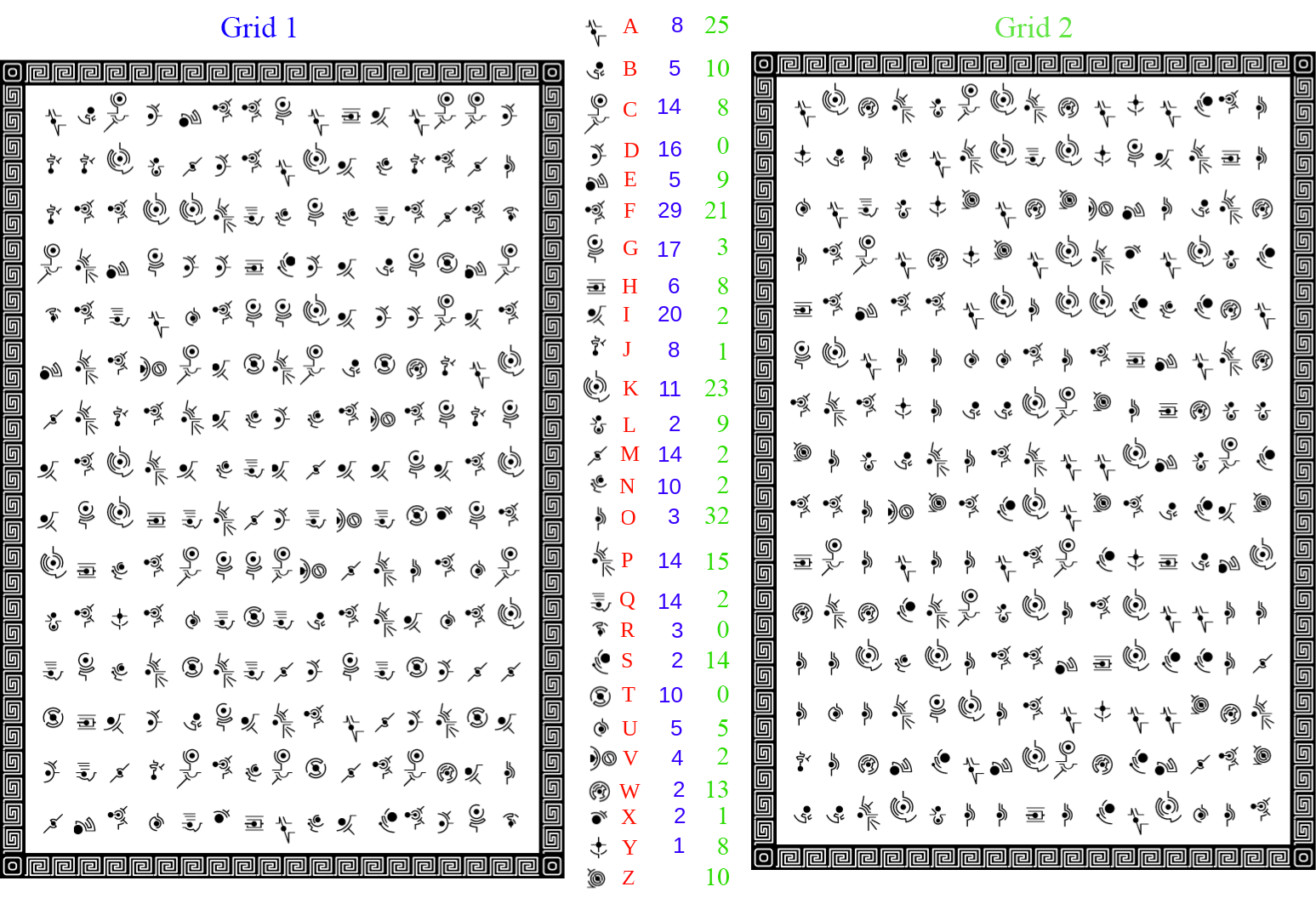 The boards as text:

We might take the frequency of the first board and assign each symbol a letter based on the frequency in English (where the order is ETAOINSRHDLUCMFYWGPBVKXQJZ), but there are too many collisions for this to be a usable solution strategy (you can check the edits to find a visual board if you want to try anyway)

Now that we know (almost) what the word search contains, I had another go with a different technique:

Given that the words are Pokemons sorted by national dex number, the grids are likely to contain both "WEEDLE" (#13) and "BEEDRILL" (#15). As these share a lot of letters, and are somewhat easy to find thanks to their double letters, they should make it possible to find the first symbols that correspond to at least "E", "D" and "L". 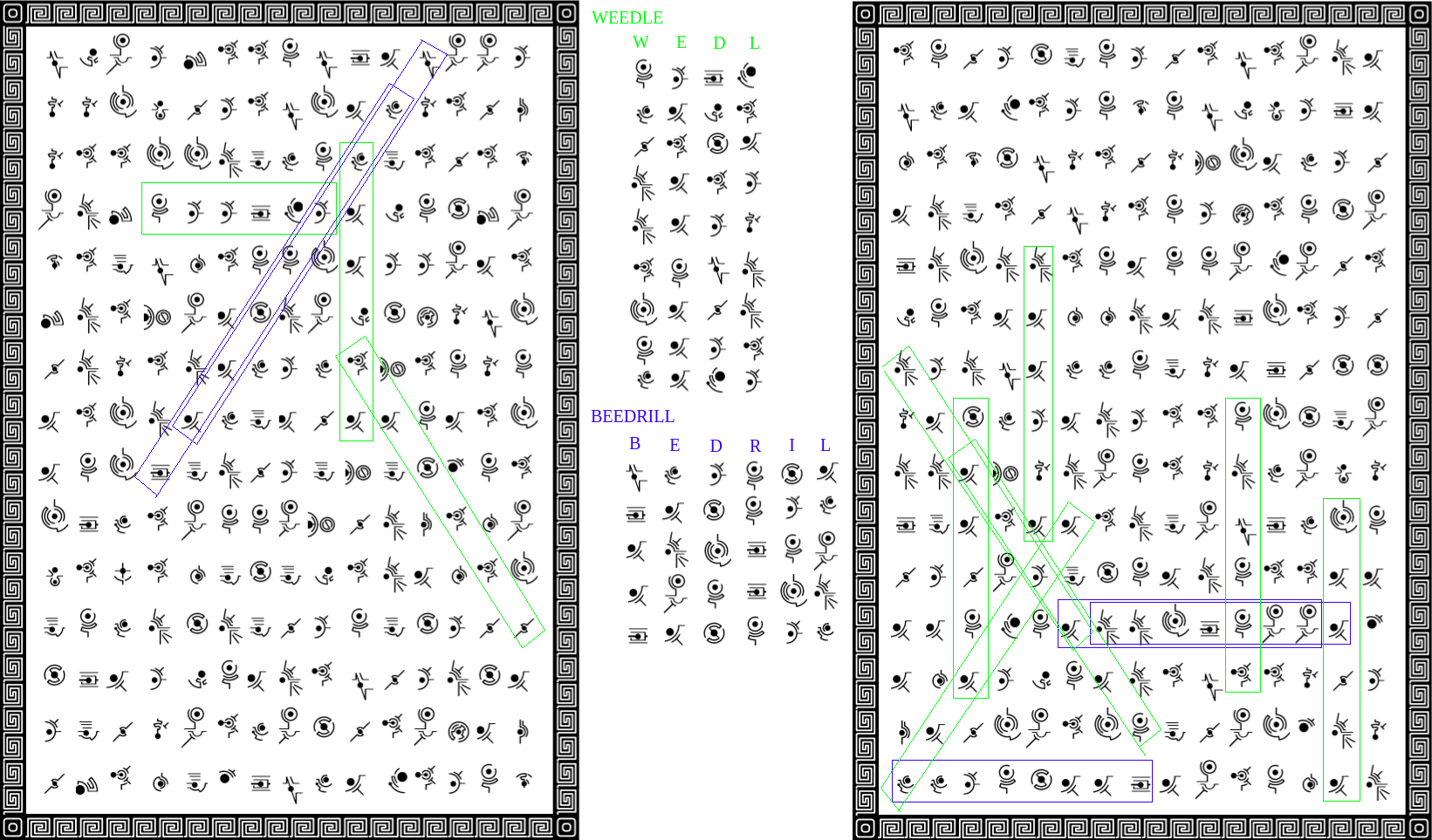 Unfortunately there is no solution where the two words share symbols.

12
The horrible wordsearch: Can you decypher the word-search puzzle to find the final clue?
17
Strategy for finding the key to this cipher
8
What alphabet is this?
13
How many fingers do the aliens have?
6
Megan and the alphabetic cipher (smhrjc etc)
8
My Unbeatable Cipher
4
The Question Code
1
Is there a tool that will help with solving a mixed-case substitution cipher with symbol substitution too?
12
The Grand Grid II