Cover a cube with four-legged walky-squares!

This is a four-legged walky-square: 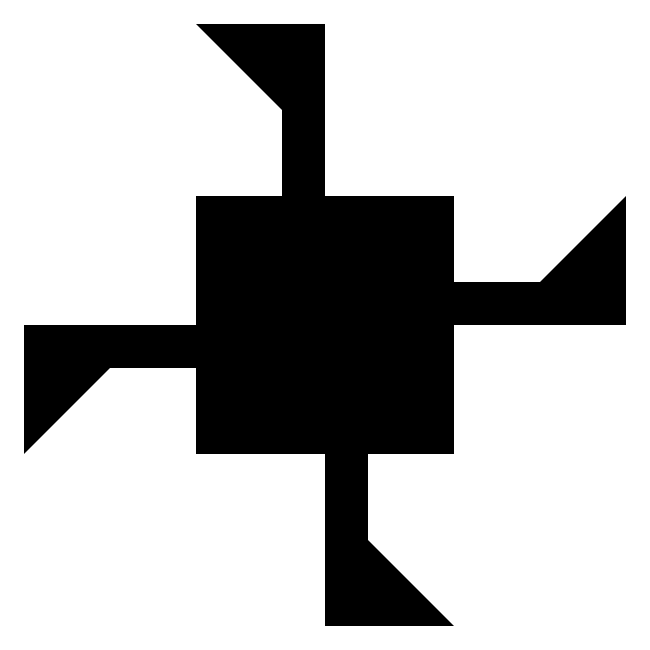 This shape has an interesting property: It is possible to map multiple copies of this shape onto the surface of a cube in a way that perfectly covers the entire cube with no gaps and no overlaps.

How can it be done, and how many copies of the shape are needed?

The cube can be covered by 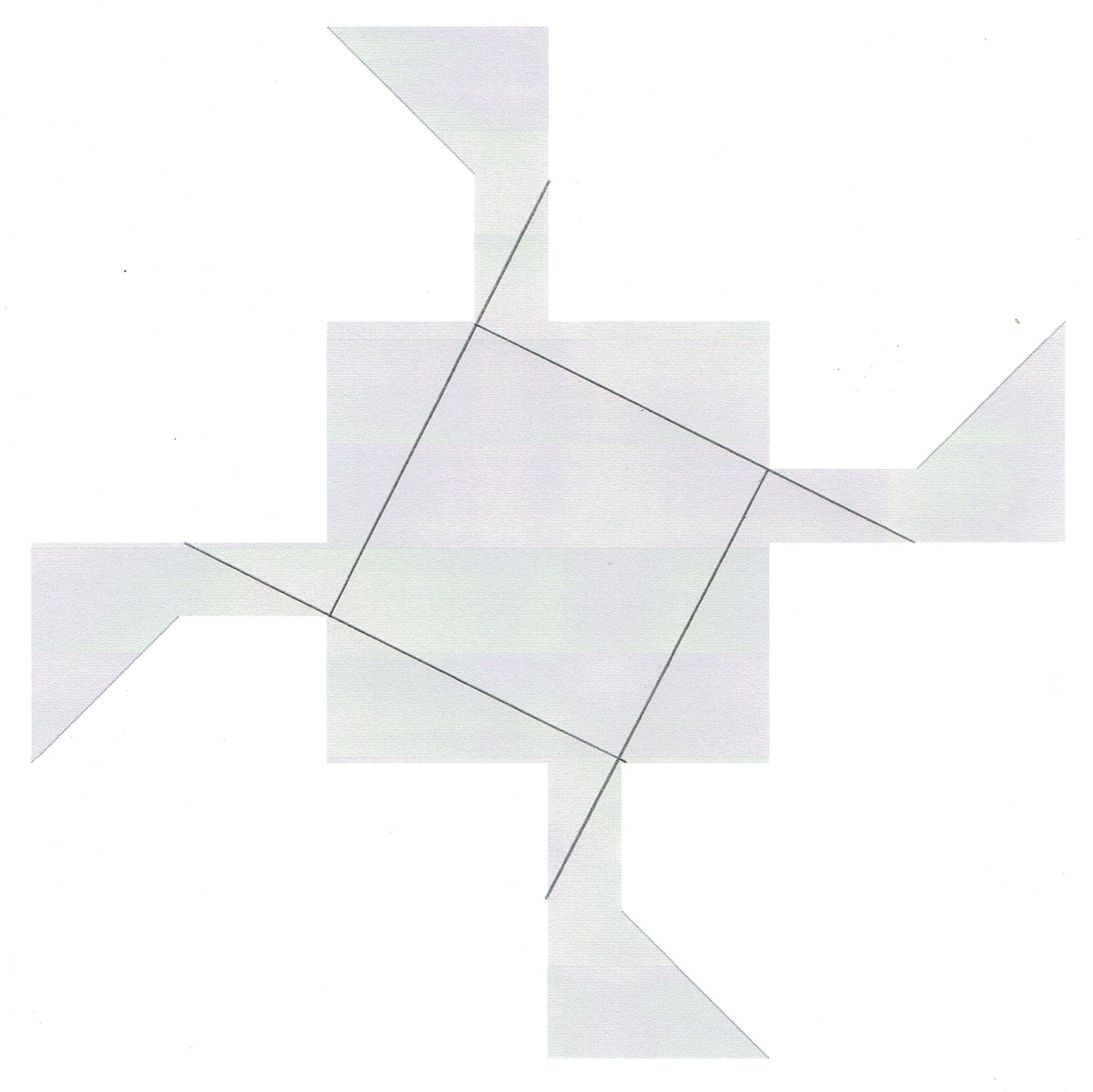 Here is one half

As can be seen, I made several attempts before I found a solution.
Here is the "finished" cube, which proves the solution although not very expertly crafted.
In each half four edges need to be joined, where the white sticky paper shows through. 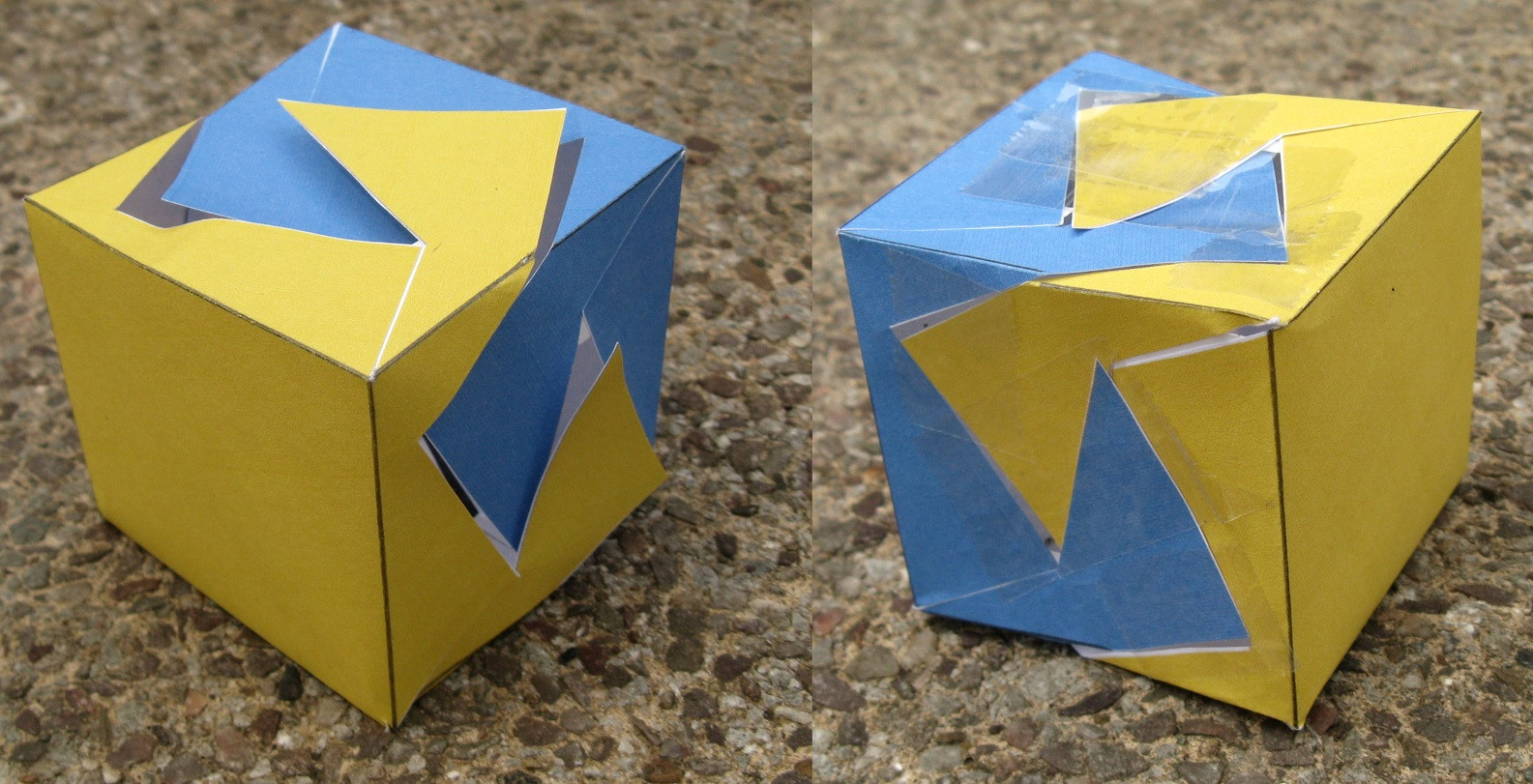 I noticed two ways to mark out the folds, below is another one. In both cases, at first I could only make a parallelpiped shape. Then I managed to make a half-ish right cube from the image below, like a broken eggshell. However the triangle on each of the four sides projected too far, and would not make a cube with another equal part. So I reverted to the first arrangement, and bingo. Originally, I had not thought to extend the four edges of the marked square, which gives the needed folds. 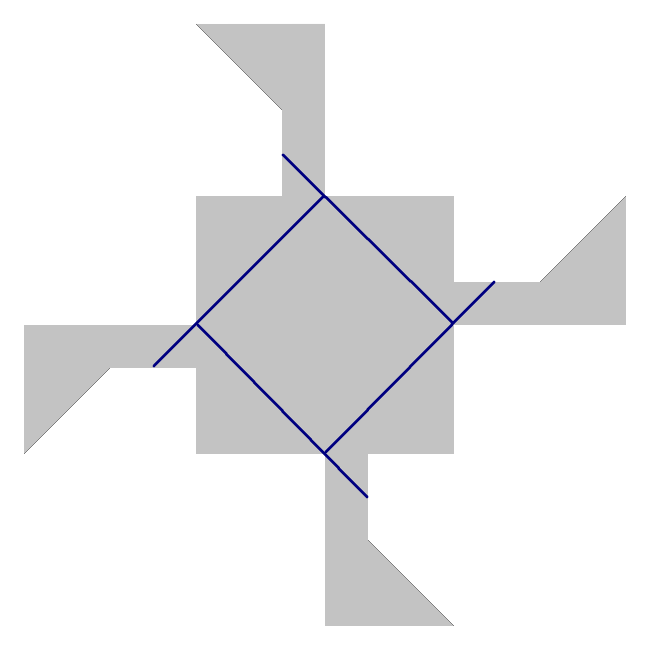 As @Bass points out, there are two solutions: one where the shapes are folded forwards along the crease lines; the other when the folds are made backwards. So each solution is the inside-out version of the other.

Not the answer you're looking for? Browse other questions tagged geometry three-dimensional paper-folding or ask your own question.

59
Can you perfectly wrap a cube with this blocky shape?

120
How can this shape perfectly cover a cube?
17
Can you cover a cube with copies of this shape?
26
How can this fractal shape perfectly cover a certain platonic solid?
59
Can you perfectly wrap a cube with this blocky shape?
15
Wrapping a Galaxy Around a Cube
25
A Slightly Moth-Eaten Integral Sign
12
Tri-bladed Boomerang vs. Octahedron!
4
Icosahedron-Wrapping Monstrosity
25
Wrap a squashed, bullet-riddled lowercase lambda around a cube
25
Two chunky pixelated X's locked in mortal combat!