Alistair and Roberta are playing a game of reverse dots and boxes. 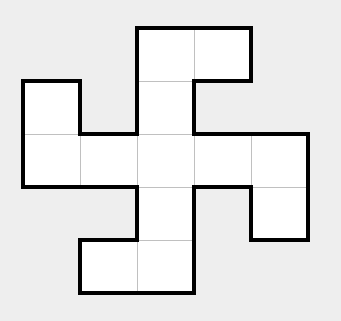 Which of the players can win the game played in the above grid? What strategy should they use?

Capture two squares from three of the four wings, then cut off the last wing. Player two can no longer make any moves that don't result in a capture.
This wins, 6-7. 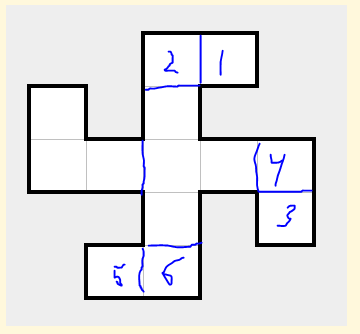 First player's first move, assuming they don't take any squares, can only be to split an arm with two on the end or cut off an arm, taking one of the sides on the middle square.

Second player takes an entire arm. That leaves the center with two edges marked. There are no more branches, just a chain of 2 or 3, and a chain of 7. Second player reduces the chain of 7 by taking the end of an untouched arm. Now there's a chain of 6. They split that in two.

They face chains of length 2,3,3 or 3,3,3. Either way, every move they take completes a square, so they take all remaining squares.

First player can force the second player to end the game on their turn. They take two entire arms and take the end of one arm, leaving a single chain of 6. They then split that chain in half, leaving the second player with chains of length 3,3. Second player must then take all the rest. First player still loses with 7 squares to second player's 6. But this strategy allows them to lose by the least amount.

Not the answer you're looking for? Browse other questions tagged strategy game game-theory pencil-and-paper-games dots-and-boxes or ask your own question.