Where shall we go next?

The following nonogram is about $92\%$ solvable. Also, the grid is not really like it should be.

All this feels somewhat annoying, but honestly, not that much, because this is most likely the last time it happens, and also because let's face it you will probably not need to even start solving it to answer the question that is asked. That is, the question in the title. 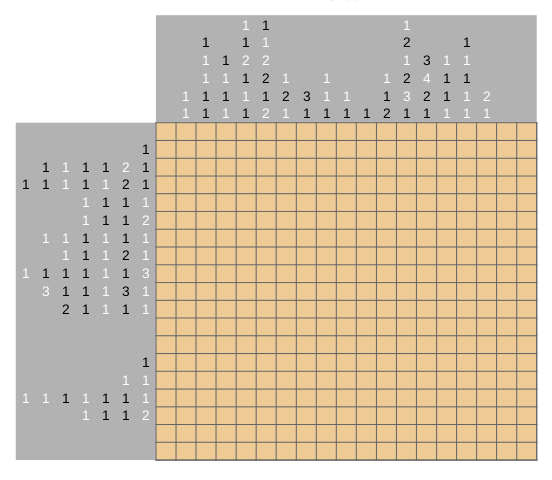 Note: two squares of different color do not need to be separated by an empty square.

Solving what can be solved of the nonogram will help you be certain that you have the correct answer, but it will most likely not be enough to find it.

You have to answer now. There is only 6 minutes and 16 seconds left.

The history tag would be perfectly appropriate. 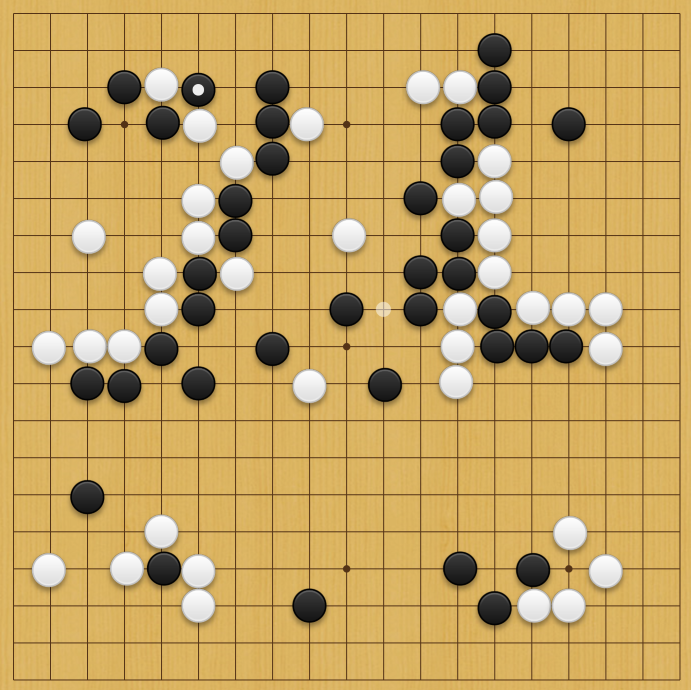 at the intersection near the centre of the board, marked by the small whitish dot

that humans still have a trick or two up their sleeves. This was Lee Sedol's brilliant tesuji on move 78 of his fourth game against AlphaGo, the only one of the five games in that match that he managed to win.

I was appreciably helped by reading a comment, now deleted, asking whether perhaps this puzzle was about "a certain eastern board game". I don't think I would have figured out what was (haha) _go_ing on without that, despite the 19x19 board, the presence of roughly equal numbers of black and white squares, and the "go" in the title. (That comment was deleted like a week ago! How come I only solved the puzzle just now? Well, I was wondering for obvious reasons about exactly when hint 2 was added, so I looked at the timeline -- a feature available to everyone though it only appears in the UI for ... I dunno, moderators? Users about a certain rep threshold? -- and saw the deleted comments there.)

I still don't understand hint 2. 6 minutes 16 seconds would be 376 seconds, which doesn't seem like a useful number. The game wasn't played on the 16th of June in any year, nor in either June nor the 6th of any other month in 2016. (It was actually 2016-03-13.) Perhaps that was the amount of time Lee had on his clock when he played move 78, but if that information is readily available I don't know where.

the grid is not really like it should be

Stones are placed on the intersections, not in the squares, of a go board. Obviously, presenting the nonogram that way would have been a giveaway.

this is most likely the last time it happens

AlphaGo (and other top computer go programs) have become even stronger since this match and perhaps no human will ever beat a top program playing at reasonable time controls ever again.

It's not easy to look up a go game given only a partial description of the board. (There is a "pattern search" tool available online but the small amount of playing with it I've done doesn't turn up any good way to ask it "please find me a position in which these intersections are in known states and these ones are completely unknown", though maybe I've just failed to find it in the UI.)

Still don't understand this, as confessed above.

Not the answer you're looking for? Browse other questions tagged knowledge history nonogram or ask your own question.

7
Additional solving techniques to diagonally symmetric Nonograms
27
I can be heavy, but I'll never sink. When I am ready, my glass is a drink
7
My Actual Final Song to Riley
9
Riddle - What does it mean?
14
How many possible starting positions are uniquely solvable for a nonogram puzzle?
8
Nono-cube - Ultimate Puzzle Giant
7
3D Nonogram - Spinoff of the Reboot
19
Introducing Tetronogram - Beginner's Version
9
Party Time with Captain Pun