I have recently bought a fair $10$-sided dice for generating equally distributed random numbers from the range $1,2,\ldots,10$. Let me describe this dice in some more detail. Consider a regular 5-gon $ABCDE$ in 3-dimensional space that is situated in the $xy$-plane so that its center lies in the origin. Consider a further point $F$ on the $z$-axis somewhere above the origin, and a point $G$ that results by reflecting $F$ across the origin. If one connects every corner of the 5-gon $ABCDE$ by two edges to $F$ and $G$, this will yield a polyhedron $P_{10}$ with 10 congruent triangular faces. My fair 10-sided dice is essentially $P_{10}$ with the sides labeled by the numbers 1,2,...,10. Throw it up into the air, look how it lands, and take the side on which it lands as your random number. (With a cube one always takes the top side, but $P_{10}$ has no top side). By the symmetry of $P_{10}$ it is obvious that all $10$ numbers are equally probable.

If I modify this construction and replace the regular 5-gon by a regular $n$-gon, I shall get a fair $2n$-sided dice with an even number of sides.

My question is whether there also exist fair $(2n+1)$-sided dice with an odd number of sides. By a fair dice I mean

You asked for the existence of a $(2n+1)$-sided polytope/die, so that all $2n+1$ sides are congruent and so that the probability of landing on each of these sides is precisely $1/(2n+1)$.

I do not see how to mathematically model the property that the probability of landing on each of the sides is precisely $1/(2n+1)$. This seems to need some assumptions from physics and/or mechanics. Instead, I propose a purely mathematical formulation of fairness:

Definition of fairness: A polytope is a fair die, if for any two sides there exists a symmetry of the polytope that maps one side into the other one.

This fairness definition works for the standard six-sided die (which is highly symmetric) and also for the 10-sided polytope that you describe in your puzzle. Note that the definition trivially implies congruence of any two faces.

I will prove below that for this definition of fairness, there does not exist a fair die with an odd number of sides.

Non-existence proof for an odd number of sides

(1) Suppose for the sake of contradiction that there exists a $(2n+1)$-sided polytope that is fair. Let $s$ denote the number of edges of every side. The polytope has altogether $2n+1$ sides, and every side has $s$ edges. Hence the total number of edges is $(2n+1)s/2$, as every edge is counted twice.

(2) Consider a side of the polytope. The side has $s$ vertices, and we let $d_1\le d_2\le\cdots\le d_s$ denote the number of edges that are incident to these $s$ vertices. A vertex with $d_i$ incident edges is a vertex of $d_i$ different sides. Hence, the polytope contains exactly $(2n+1)/d_i$ vertices of this particular type. We conclude:

Since $d_i\ge3$ for all $i$, we furthermore derive

(6) As all possible cases have ended up in a contradiction, we conclude that there is no fair die with an odd number of sides.

Start with a right cylinder with cross section a regular $n$-gon. To each of the bases, attach a pyramid (with regular $n$-gon base). The resulting polyhedron has $n$ rectangular faces and $2n$ triangular faces. If the cylinder and pyramids are tall enough, it will be impossible for the die to land on the triangular faces (the center of gravity would not be over those faces). So, although this die has $3n$ sides (so it doesn't exactly answer your question), it is only possible to land on $n$ of them, and by symmetry all $n$ are equally likely.

This die looks a bit like a pencil that's sharpened at both ends.

I can loosely prove that such dice exist for n > 1, though actually constructing such a die might be trickier.

Consider a pyramid whose base is a regular 2n-sided polygon, with a height h. This shape has 2n+1 faces.

A similar construction is also possible with a (2n-1)-polygon-prism instead of a (2n)-polygon-pyramid.

For practicality, you would just take a 2n die and treat opposing sides as equal on the lower half. For example, a 6 sided die could be used as a three sided die with two of each possibility, 1 and 6 are 1, 2 and 5 are 2, and 3 and 4 are 3. Die faces are properly labeled so that opposing sides total to the same amount (7 on a 6 sided die) and if you're using a D20 (opposing sides total 21) to roll for a D10 since you lost it under the couch or the roommate's cat ate it, you would use the rolled number if 10 or less or subtract it from 21 if 11 or more. Or you could alternately just relabel the sides before using it.

Geometrically, it is the TOP face that is the value, and a corresponding BOTTOM face that rests on a surface (a table). A die consists of numbered faces each of the same size. Since each side must have a corresponding face on the opposite sides, there is no circumstance where an odd number would not end with a vertex on top (unless somehow the die rested on its edge.) Instead, use the suggestion above and use an even number of faces that are labeled the same, i.e the top and bottom always are the same label. In this fashion you can make "fair dice" for any value >2

A similar solution to the one provided by Julien Rosen is when your sides are mathematically speaking not sides, because your dice is not a polytope. Rather, it has $n$ smooth surfaces as sides, with $n$ smooth curves as edges and $2$ vertices, and it looks a bit like a rugby ball or a straight banana. This is a fair dice that can (in theory) be made with any number of faces. 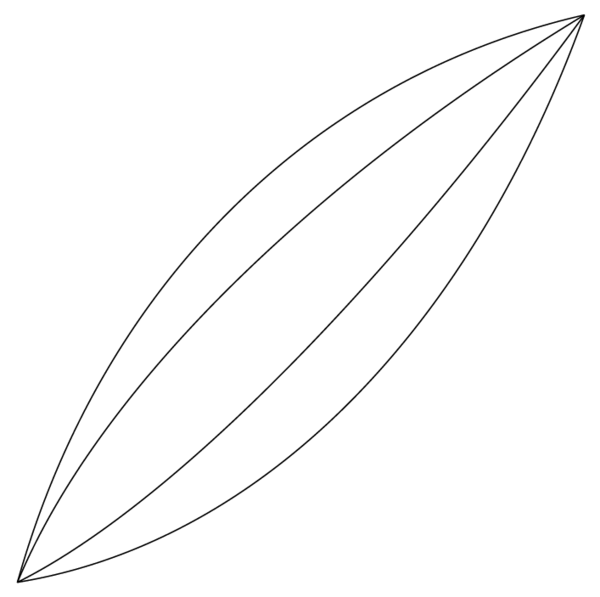