Not Just Black and White

Answer for this puzzle is one word. Have fun! 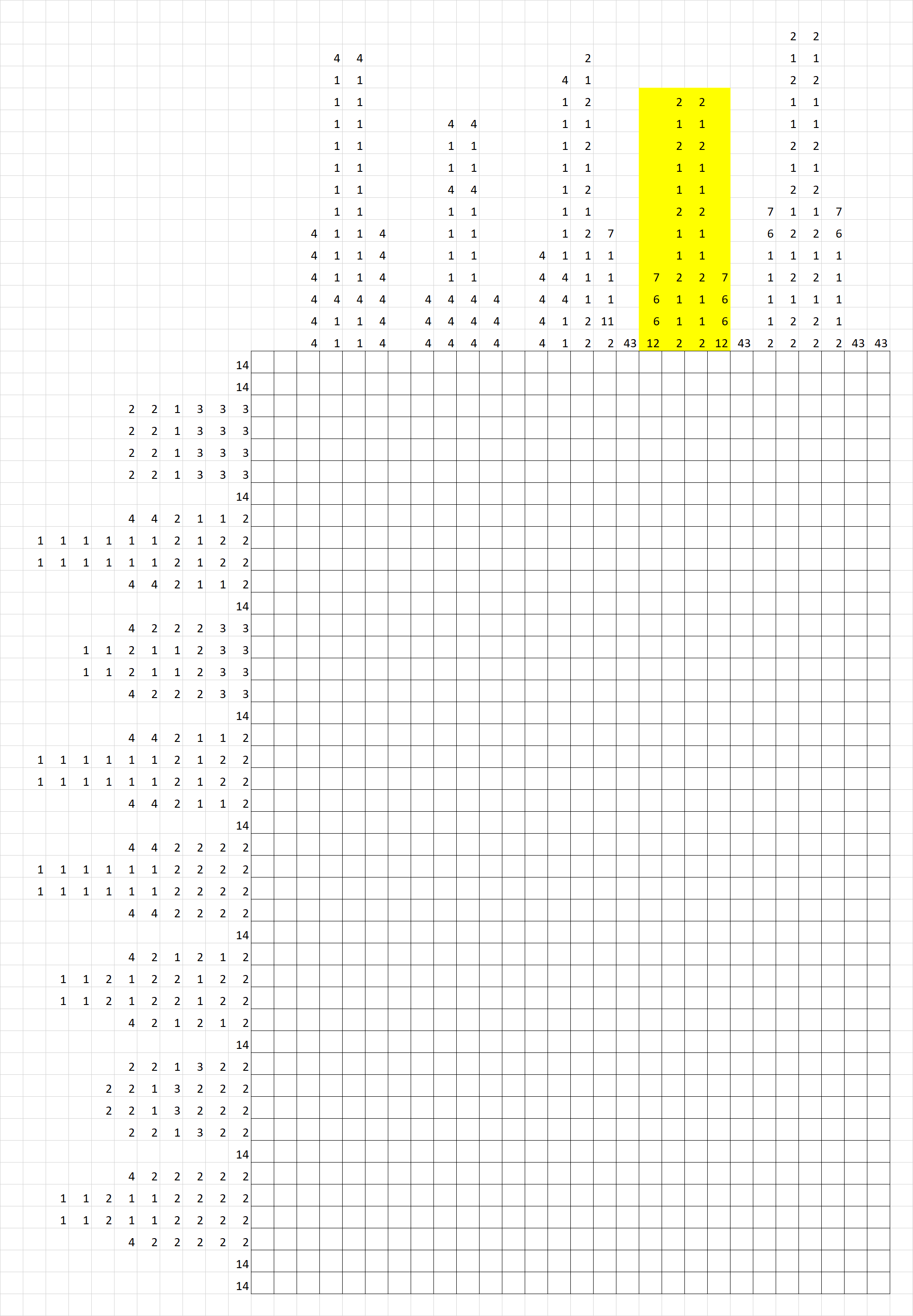 Highlighted parts are where I realised I have clued it wrong... Sorry for all this inconvenience!

The way of deciphering has been hinted in this post

athin should have used another colour instead of yellow. That would make things easier, hopefully...

This puzzle is a part of Ooohh, it all makes sense now! :D

After solving the nonogram (from @athin)

along with the binary found by solving the nonogram, clues Gray codes.

(Ok, maybe I interpreted the word "flip" too literally).
Anyway, I also wrote down the letters A-Z down the side starting 00000 (which makes sense given our code text contains some 00000's). Decoding the Gray code line by line gives the answer VANADIUM.

This is the completed nonogram: 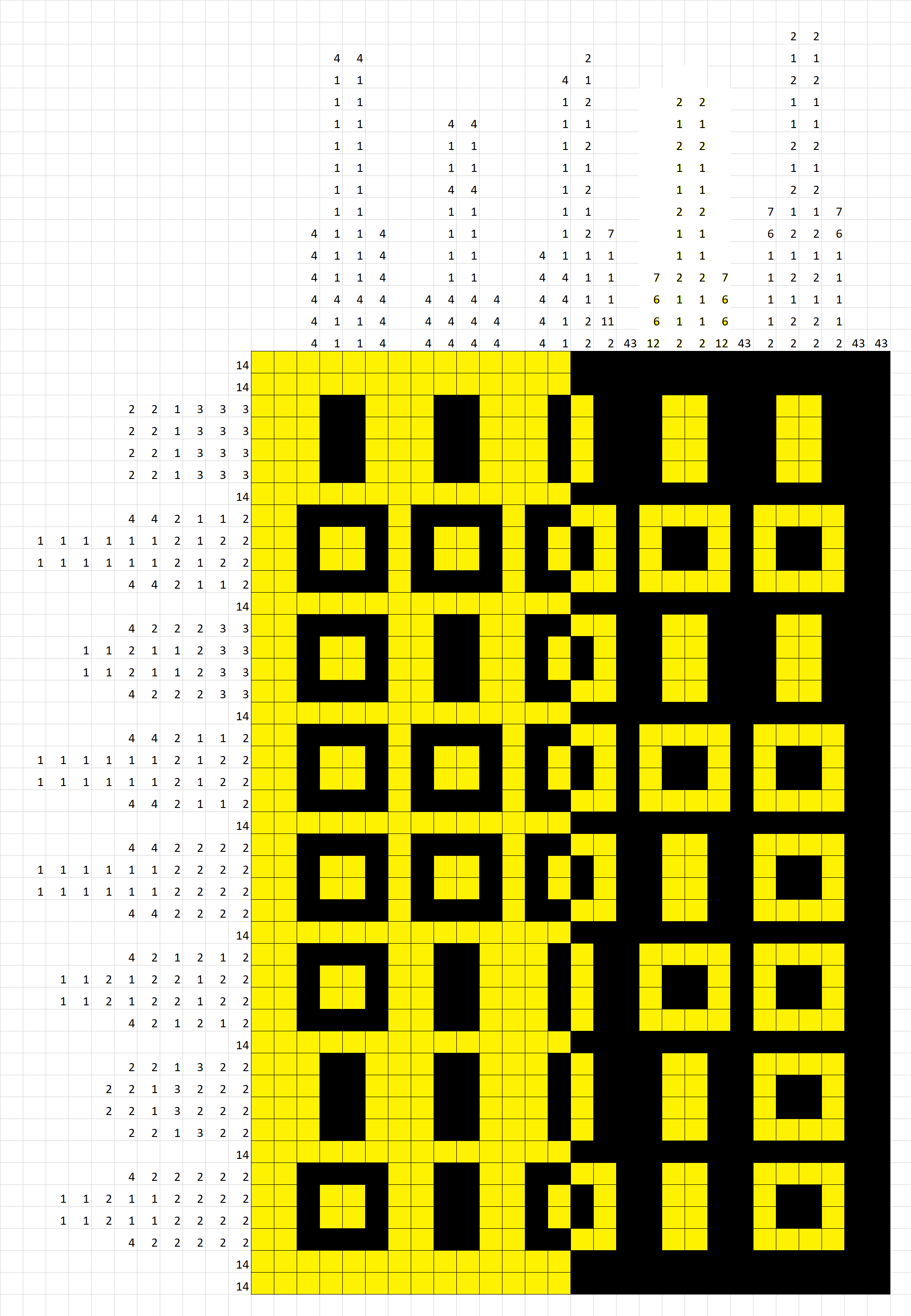 They are binary numbers, either read horizontally or vertically.
But I don't know what next as converting them to ASCII results random characters..

Not the answer you're looking for? Browse other questions tagged word cipher visual grid-deduction nonogram or ask your own question.

20
What is the central color?
4
White and black, white and black?
7
Word Web - A Hard One
8
Mono-Tonic Crpytic-Clues
14
Ooohh, it all makes sense now! :D
9
3D? No-no! 3 Sides
10
A Difficult Rhombicosidodecahedron Slitherlink
38
Q: What kind of logic puzzle would you like? A: Yes
3
Lasers: The Reflection (Level 2)