I flew on a lark, sang on a trill, crashed on a wing. What am I? I've tried to figure out this riddle posed in a comic book. There was no official answer, but it is visually suggested that it is comprised of only 2 letters (The context was a crossword death-trap, and the word in question was marked on the crossword by 2 green spaces). The best I can figure is LA, as in the musical note. To fly on could simply suggest that it is attached to lark, and those are the first two letters of the subject of that section, the lark. A trill is a vibratory sound, often musical in nature. These seem to make sense, except for the last part to "crash on a wing". I enjoy riddles, but I just can't handle not figuring out an answer. Help!

For copyright purposes: The riddle comes from All-Star Batman issue #7 by Scott Snyder and Francesco Francavilla. Property of DC Comics. 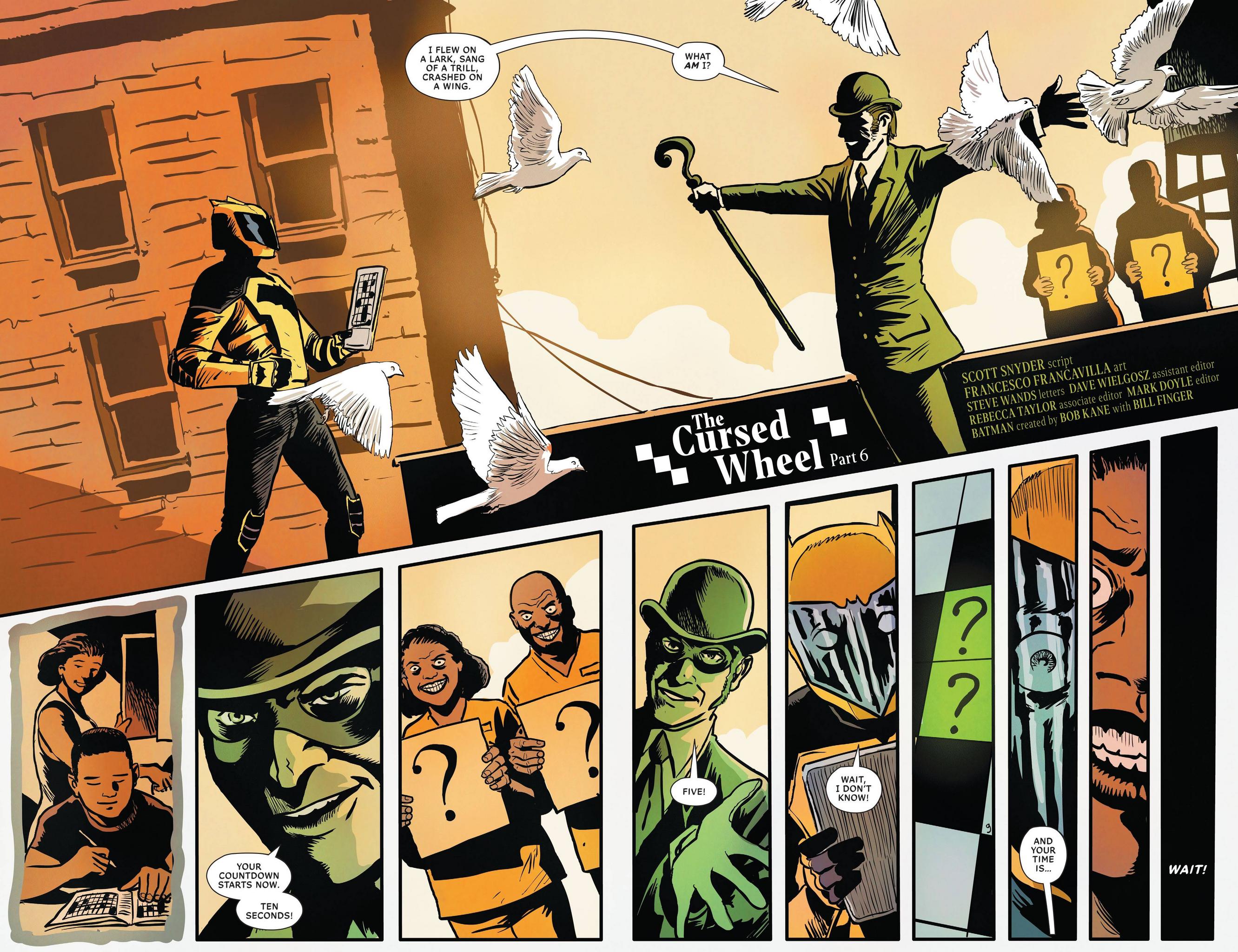 (fair use: de minimis use of one page of a larger work, for review or commentary purposes)

All-Star Batman issue #9, page 29, offers some additional and probably necessary context to this riddle. It says,

"Daryl was the key, Duke. The Rosetta Stone was Daryl's cell. One box over from Riddler's, but a hidden part of the puzzle. There's a hidden box to each word. A letter that doesn't fit. You have to think outside the box. It's an outsider puzzle. You have to see it differently. Then the answers... they all come fast."

The puzzle has no solution given (and maybe there isn't one). As a pure guess, perhaps:

Since the new information suggests the clue solution is the grid's 2 letters plus one extra letter,
but since only two letters have to be filled in to the grid,
perhaps different words that all drop a single letter to fit in the grid as the same two letters may work.

"I flew on a lark" perhaps a spur-of-the-moment vacation involving a plane trip from/to LAX
(or even LAM leaving suddenly after a caper?)
"sang on a trill" perhaps LAS, as in singing la-la-la-la-la
"crashed on a wing" perhaps ALA, an actual wing.

Unfortunately there's probably not enough to the riddle to make for any answer that isn't entirely speculative, but with the new information I've given here, maybe someone can come up with a bona fide solution.

3
This is a riddle
16
Riddle Me Riddle This
2
Is This A … Riddle?
4
Riley Riddle #12 - Blessed be this riddle
0
Help Me Solve This Riddle
2
Please solve this riddle
5
Room 213: Because of the Reindeer