A Humourous & Simple Selfmate In One

Here's simple and humourous chess puzzle that I created after a few non-consecutive hours. I had to prove the concept feasible while making it as economic as possible.

White To Move, And Selfmate In One Move: 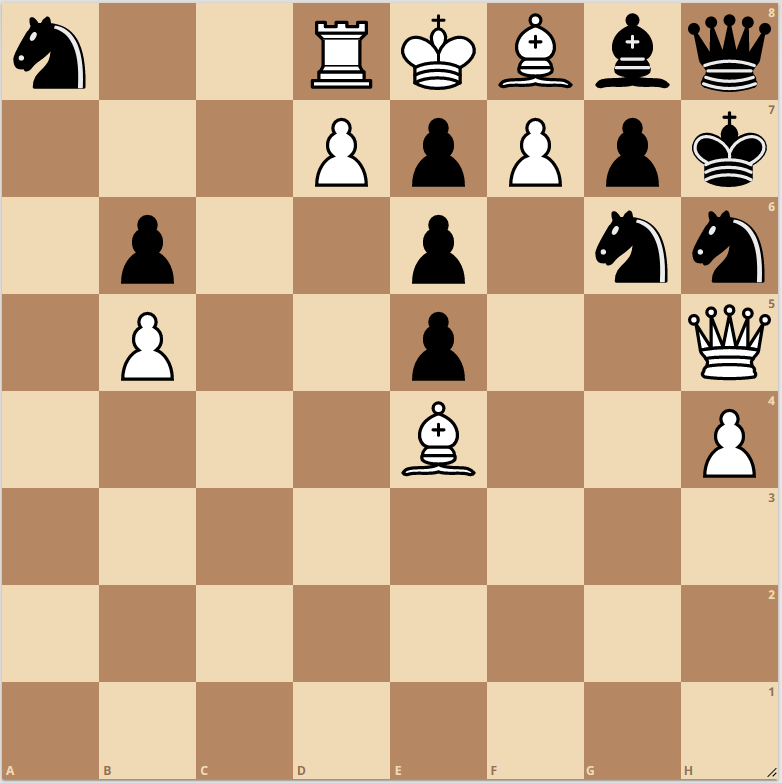 For Those Who Don't Know A Selfmate Is: Wikipedia

Many thanks to LeppyR64 for suggesting that I add that link in.

A Clarification: The board is from White's POV, so the black pawn e7 is on it's starting square, and thus it does not block the White King from moving to d8 tried in Zymurge's answer.

And remember, every piece has been meticulously placed with a reason. Every piece plays a role, no matter how small or useless it may seem.

(My phone just seems to hate picture uploading to the app. Should I contact the developers? It seems to be a problem.)

There is more to this than meets they eye. The obvious solution of 1. Bxe7 Nc7# or Bxf7# is just a sideline.

Can you solve the mystery of what the solution is?

Since we're encouraged to think outside the box,

fxg8 and illegally promote to any black piece. (Queen, rook, bishop, knight, king and pawn all work.) Black has no legal moves except to give mate, either with the newly promoted piece or with the knight in the corner.

This sort of "solution" is not without precedent. For example,

Wikipedia's Joke chess problem article contains an example where the "solution" is to promote to an opponent's piece.

Bxe7 then either Nc7 or Bxf7 is mate

Black only has two pieces that can move, which are the two mating moves above. The trick is that each move individually cannot be removed without also removing the subsequent mate. If we go Rxa8 to remove the knight, then the king escapes the bishop's check where the rook vacated. If the pawn takes the bishop, black has other non-mating options aside from the the knight move.

The key to moving the white bishop is that it allows a discovery check from the black queen when the black bishop is moved out of row 8.

Clever puzzle in that the solution is not the obvious elimination of options. Kudos for my son for helping me to find the answer :-)

1. fxg8=N Nc7#
This also mates in 1 although i am not sure if it is fundamentally as different from what was already found.

Bxg7 is also a valid self-mate

Going through all possibly moves:

The only piece I'm confused about the purpose of is the white pawn on h4.

The white pawn on h4 exists to prevent the Queen from moving down, which would also be a self-mate.

To submit something that no one has yet suggested, Rb2..Nc7# is valid but not mandatory for black because the option of Bxf7 is always in play unless black's king is placed into check.

The solution hinges on F7 because outside of A1, it is the subject square of which Black has the most options.

A1 tells us two things when combined with F7:

This makes my official solution as follows:

This removes the only other piece with freedom (aside from the knight at a1). We are left with a connundrum though. Any other piece we promote illegally has the option of moving (Nf6) or capturing (?xf8) which doesn't force Nc7#. By choosing a black pawn, we paralyze the queen.

Black is Forced to

Since you're now illegally promoting pieces you can actually pick any black piece. Rf8#, Qf8#, Qf7#, Bf7X, Nf6# (My favorite as I didn't see it before). In any situation, promoting illegally to a black piece does force a checkmate on the next move as black has no options that don't result in an immediate checkmate.

Very fun puzzle. Required no less than 10 minutes of analysis.

Not the answer you're looking for? Browse other questions tagged enigmatic-puzzle chess humor selfmate or ask your own question.