Shapes with 1/4 area of a quadrilatral

At least 6 such shapes are known to me 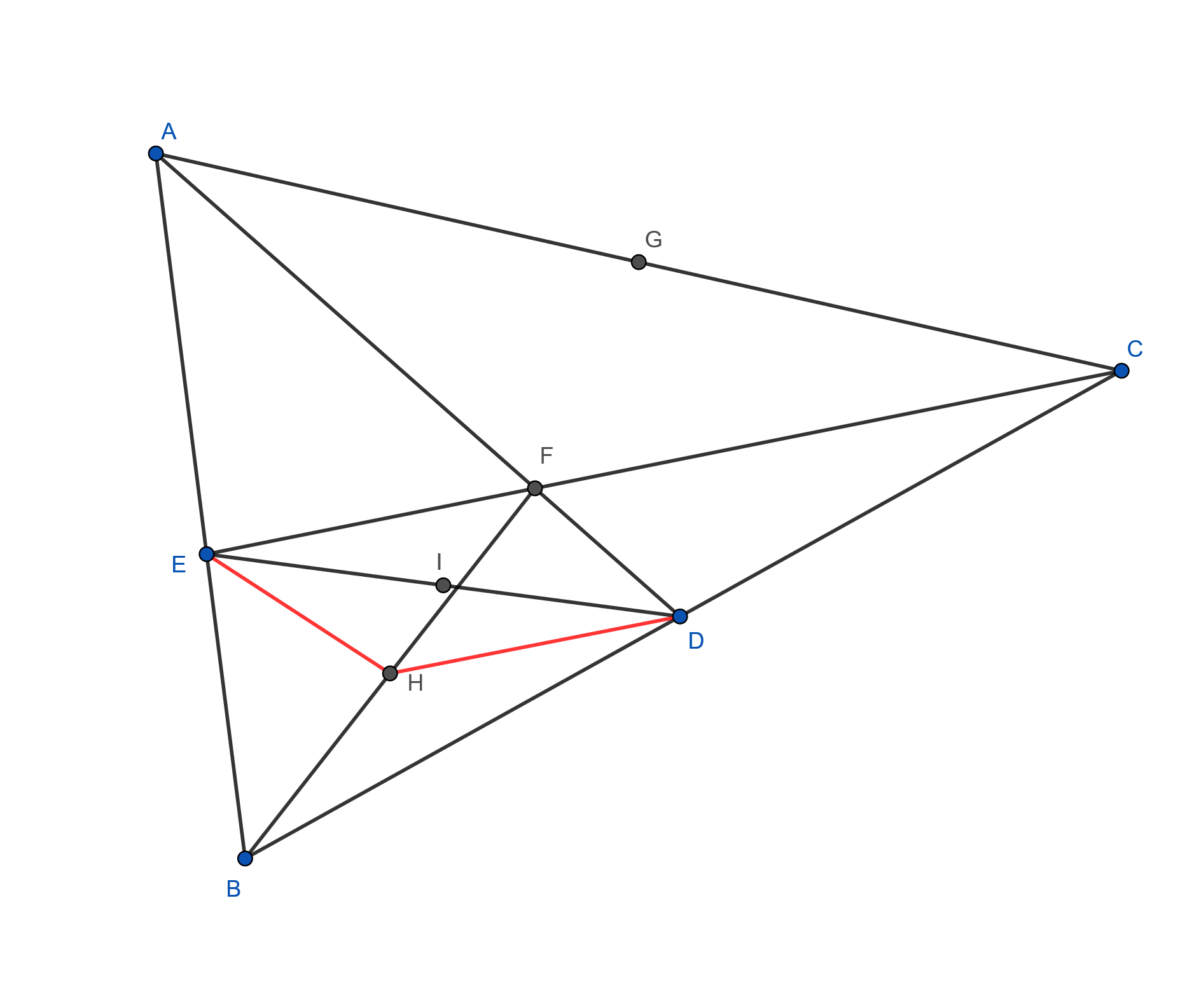 So here's the thing... given your choice in actual point locations, either DHIB or BIHE is going to be a self-intersecting shape. As drawn in the question, BIHE is that shape. According to certain math, that's not a problem, but it doesn't seem acceptable to this puzzle. That means I'm really at 5 shapes total, and notably I never used point G. I can't think of how to use it either... it is collinear with HI which seems to hamper its usefulness.

My attempt as some kind of proof:

For any triangle, if you draw a line from one of the corners to the midpoint of the edge opposite that corner, you will always bisect the triangle... exactly in half. So triangle BFE is cut perfectly in half when we add line segment EH. That's why adding segments EH and HD divide BDFE in half, because it it really two separate triangles being bisected. Because point I is still a midpoint of HDFE, we are able to divide that quadrilateral in half using the same technique, thus making the required 1/4 area.

We can change our order to get the other two "trivial" solutions. We start with BDFE, but this time start by cutting it in half using segments BI and IF. The first half, BDFI, can be cut in half just like before, which you might expect would add two answers to our list... but it actually gives us a repeat. We cannot count HDFI twice, so we really just have 3.

So here's where it gets weird, you might notice that when we divide BDFE into BDFI and BIFE, we can divide BDFI into halves but we cannot divide BIFE... except we sort of can. If you follow the dividing rules, we can make a self-intersecting shape BIHE. The order of letters is important now, so note how the line segments cross themselves. According to this math, which I vaguely remember learning about over a decade ago, the area of a self-intersecting shape is positive OR negative depending on traveling CW versus CCW. I had to use CAD to check this, but indeed the area checks out if you subtract the small triangle from the big one. 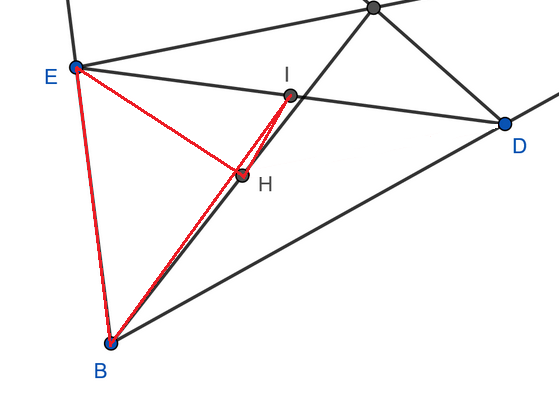 So alternately, instead of that weirdness, you could imagine the points being situated a little different such that BIHE is normal looking and BDFI becomes the self-intersecting shape. I don't know why that makes it better, it's just worth noting.

To make the other two answers, I guess I got lucky. I gathered, intuitively, that segment HI was important and thought that maybe connecting it to point A or C might do something useful. It turned out to be the exact thing I needed and I didn't think about it too hard until now. I can't for the life of me figure out why it works. Oh well, it's not like I'm getting massive upvotes anyway.

Partial answer. I assume it covers the trivial ones:

Edited: Here is another one.

1
Four similar triangles
7
5 equal area polygons
33
Slicing a rectangle
7
Why are these shapes impossible to draw with the given rules?
6
Independent Triangles with Straight Lines
6
A construction on an infinite 2d grid, part 1
1
Form Common Geometric Shapes
1
Bisect the given shape
8
Combine two squares into a square with the sum of the two
9
An $n$-sided polygon with area $n$