A sheet of graph paper and a code

Samantha sat down at the fifth computer in her university's computer lab, hoping to retrieve the data she had put into that computer a week previously. However, when she looks at the computer monitor, she sees the following message:

Not knowing the code, Samantha frantically looks around on the desk next to her, and notices an unusually marked sheet of graph paper. She takes a picture of it and sends it here, hoping that it might hold the clues to the three-digit code the computer requests. However, she can't make sense of it. This is where you come in. Can you figure the three-digit code out? 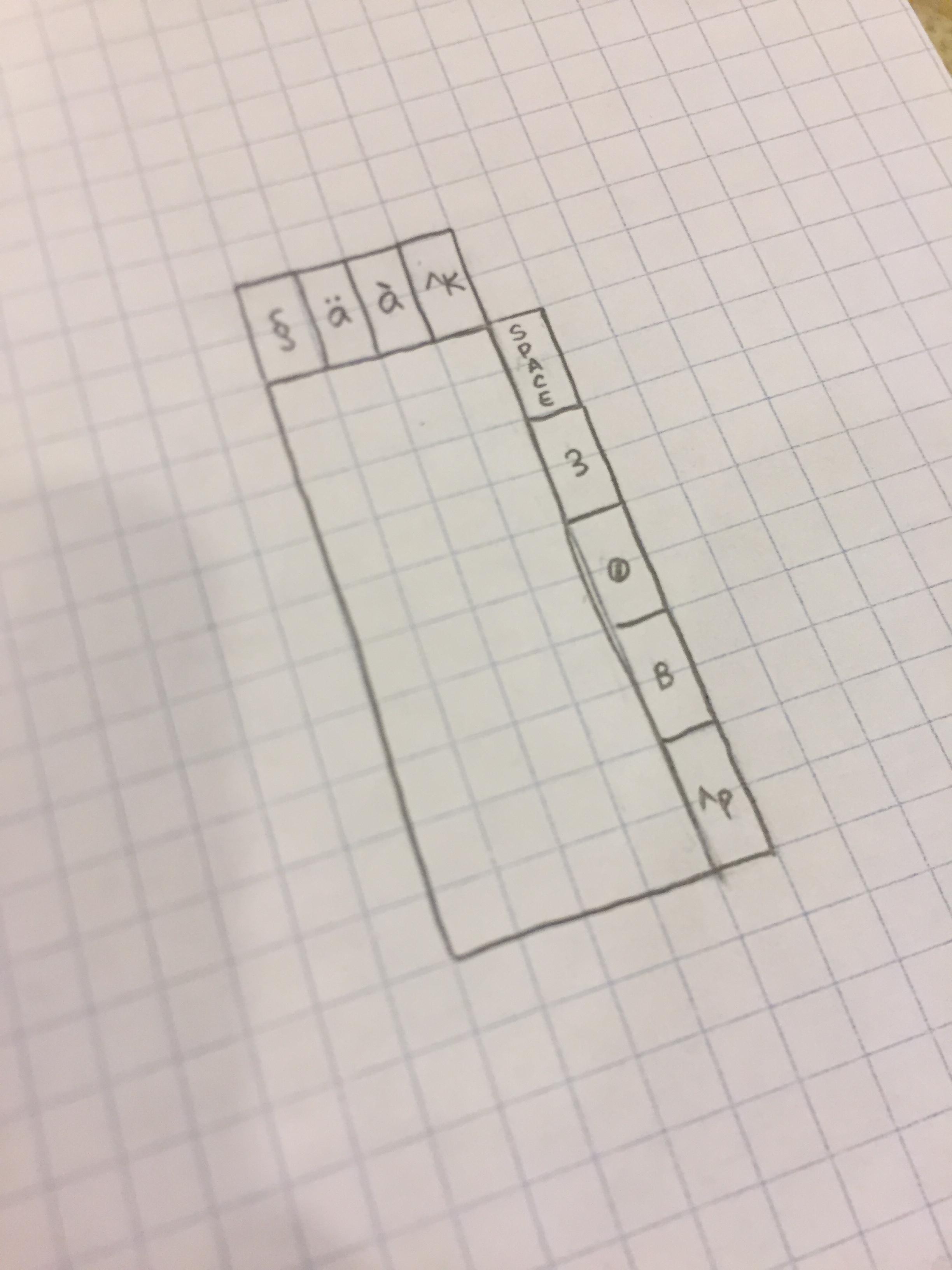 Transcription: The row at the top says: § ä à ^K

The row on the side says:

The first half is easy; you'll have to take small nibbles at the rest.

There are nine pieces with these characters on them. Nine... non-...

The final result should be a picture.

EDIT: It's been brought to my attention that the characters I used, ^K and ^P, aren't in wide use. They are equivalent to VT and DLE, respectively.

Translate all characters into Unicode and you find that they all require 2 hex values only. Given that they're on a grid, it implies that some sort of transformation between the 4 "column" characters and the 5 "row" characters needs to happen. A popular choice in cryptography is the XOR function. Given the 4 column characters create row nibbles, you can apply the XOR to each nibble of each row character. If you separate them out this way then you kind of get 2 matrices of hex values. The first matrix would represent the first possible hex value for a new Unicode character, and the second matrix would represent the latter hex value. Given that we're specifically looking for digits, we know that the first nibble must equal 3 as the Unicode numbers exist from 0x30 -> 0x39. Anything else is a red-herring. Given that there are only three such instances, this seems plausible. From this you look to the corresponding second nibble to complete the character.

Since no one appears to be making any actual progress with this, I'll post what I have. I'm pretty sure I know what the main mechanic is, but I haven't been able to make it work. Presumably I'm missing at least one important idea.

First of all, those hints:

First and second indicate that we are concerned with bytes and nybbles. (That was pretty obvious from the outset, given the presentation in the pictures.) Third is the key one: I think it means that we are dealing with a nonogram. Fourth says "it's the key" in binarized ASCII which I guess just means that we're looking for the 3-digit key code while gesturing towards character codes in case we were too stupid to think of that before. Fifth says we're looking for a picture, which fits with the nonogram thing.

the obvious thing to do is to look at the Unicode (or ISO-8859-1[5]) codes for those characters and look at their hexadecimal digits. This will give us pairs of digits along the top, and single digits down the right-hand side. We get: A7 E4 E0 0B along the top; 2 0 3 3 3 0 4 2 1 0 on the right. The fact that all those digits on the right are in the range 0..4 is encouraging. Presumably we will end up looking at it sideways and those 0s are gaps between the digits we're looking for. (Note that there are three blocks of non-zero digits.)

is that the digits on the rows don't really seem like they're compatible with an image showing three digits. At the top we have an isolated 2; maybe that can kinda-sorta give us a 1, but it would be a really short stubby 1. Then we have three 3s, which are going to give us a blob rather than a digit whatever we do. The last block (4,2,1) could make something digit-like, at least.

This is way less progress-towards-a-solution than I would normally want before posting something, but it's been weeks now and perhaps this will give someone else a useful idea, or shake out a hint that gives everything away :-), or lead the OP to notice a mistake that explains why I can't make it work (this is probably not the actual situation), or something.

This approach is quite different to my previous attempt so I figured I'd throw it up as a second answer.

Finally, the numbers 7, 3, 0, 0 indicate where to "toggle" blocks. Starting from index 0 and moving along gives:

Which reveals the answer 401

21
Hidden in plain sight - By what method do these images hide a prime number?
36
What is leoll2 trying to tell us?
31
What secret is this massive technical puzzle hiding? [riddles and data puzzles]
3
Help me, help my best friend please
49
Locate the hacker
26
Dotting the eyes and crossing the teas. But where is the PIN?
17
a strange array
14
--> "virus.exe" <--
7
Why did she choose O6G?
33
What is wrong with these puzzles?