This is a Statue View puzzle, an original invention combining two logic puzzle genres: Statue Park and Canal View. It is harder than my previous Statue View, so you may want to start there. 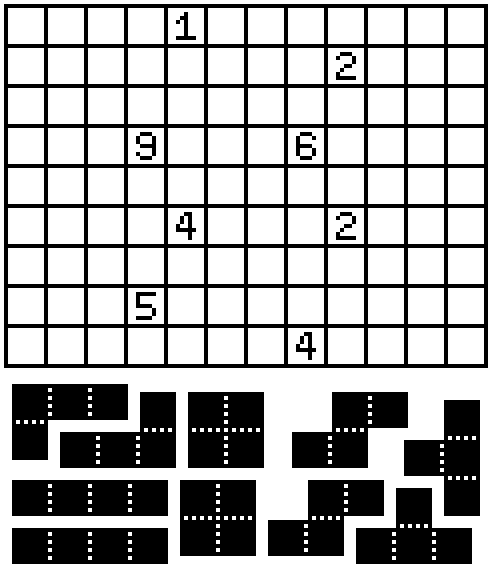 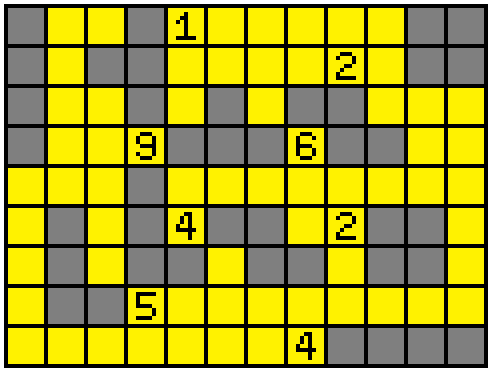 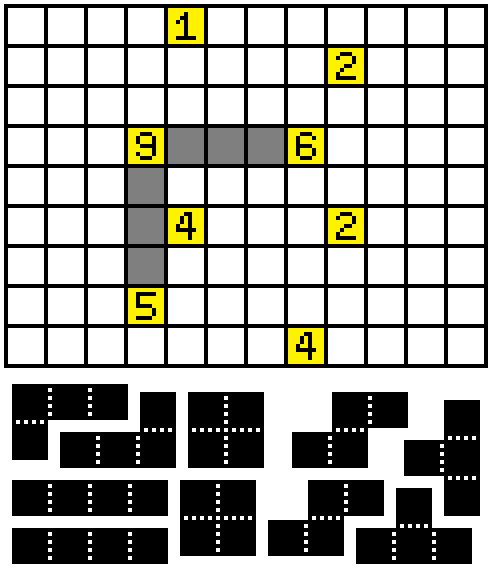 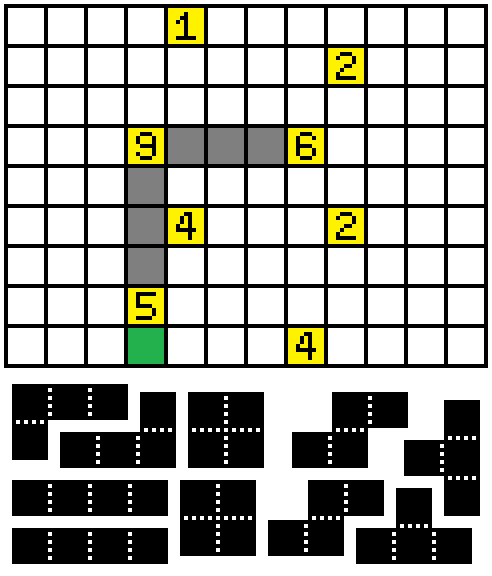 The marked square must be yellow, i.e. empty. If it were not, then since the 5 isn't satisfied yet, either the west or east adjacent square is filled as well. Believe it or not, this creates a closed space!!! (See below) 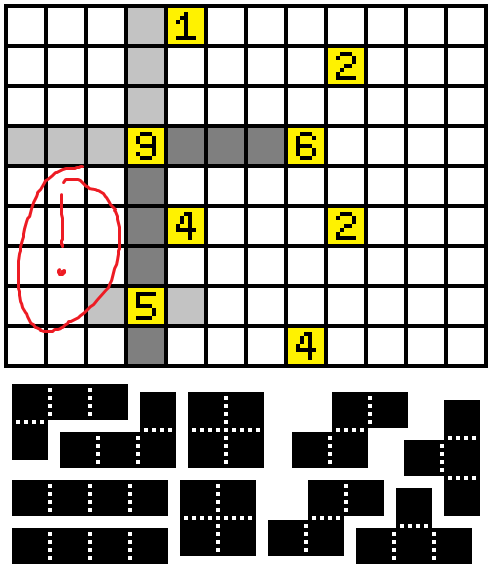 We begin a long proof-by-contradiction. Assume the marked square is gray: 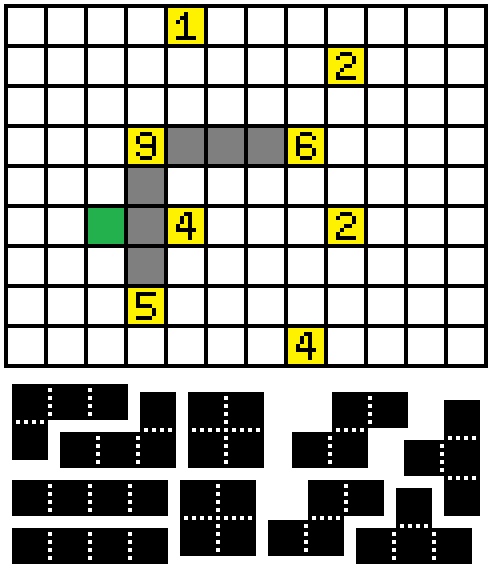 Then all of the following must be apparent: 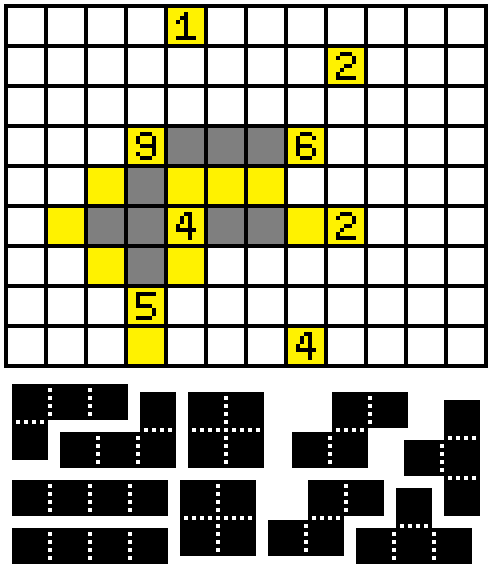 If the square west of the 5 was filled, then the piece taking up that square would inevitably create a closed space somewhere. So it must extend eastwards: 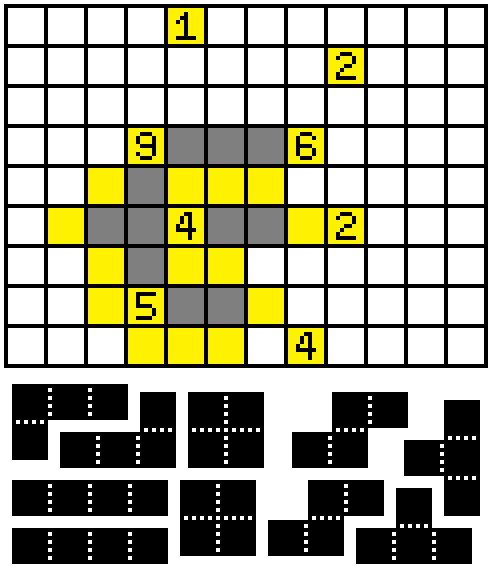 This is absurd. Contradiction. Thus the marked square was empty. 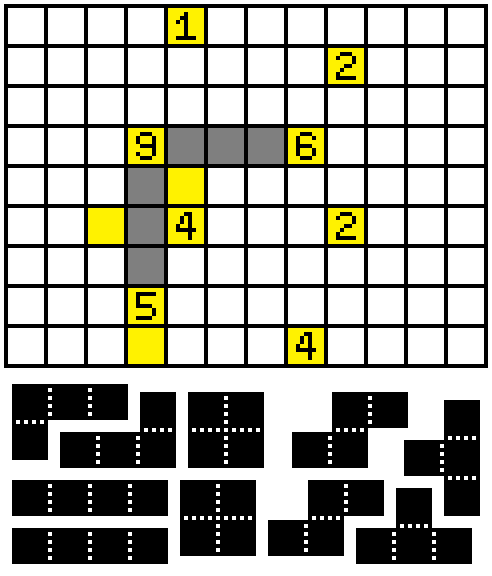 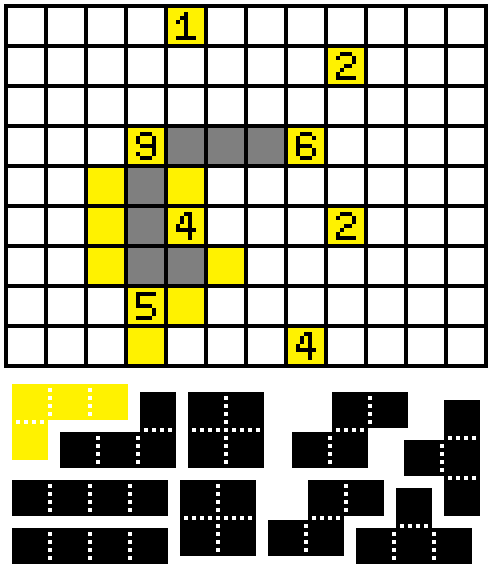 We can only extend the 5 west, and with only one possible piece without creating a closed space: 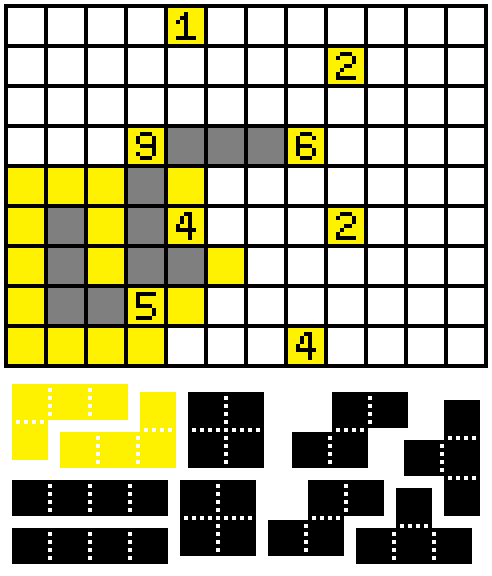 We must extend east from that 4: 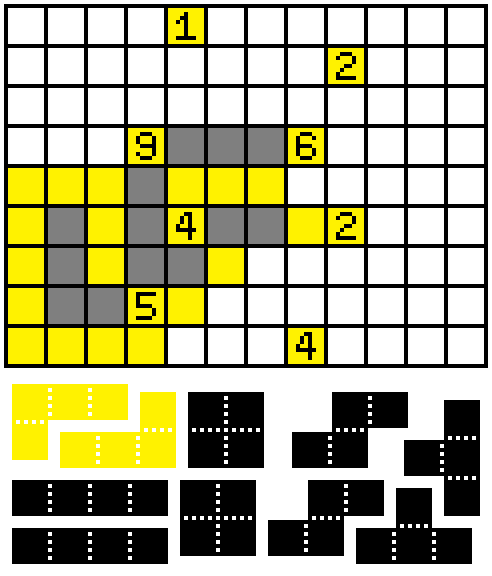 We used up both L pieces, so the only piece that can complete this section is the Z piece. 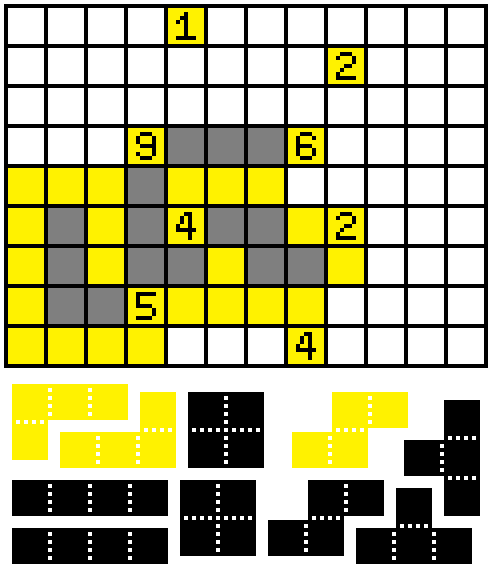 The group of 3 empty squares can't be filled by a single piece, and so the bottom 4 can only extend one way: 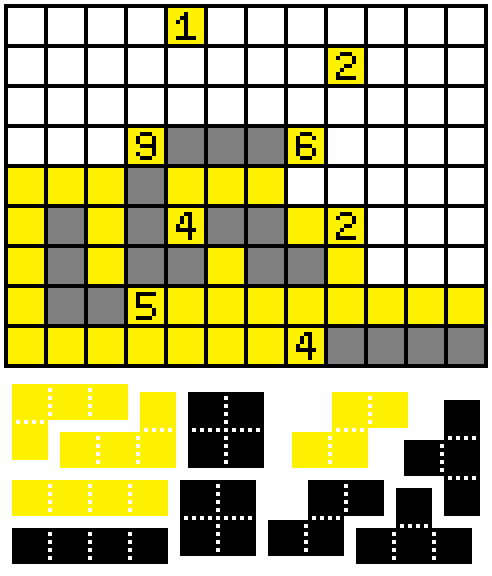 That piece in the center-ish must be a T piece: 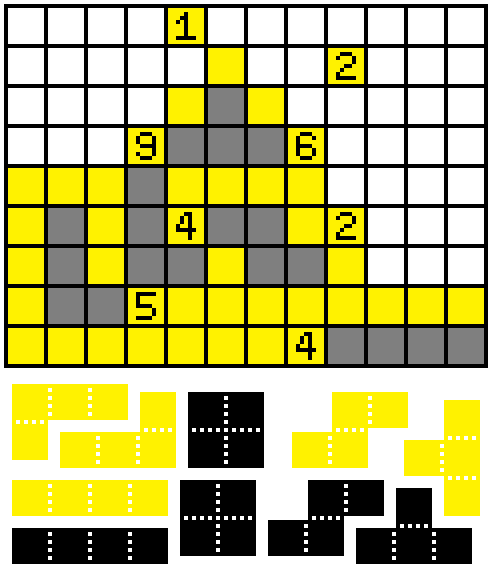 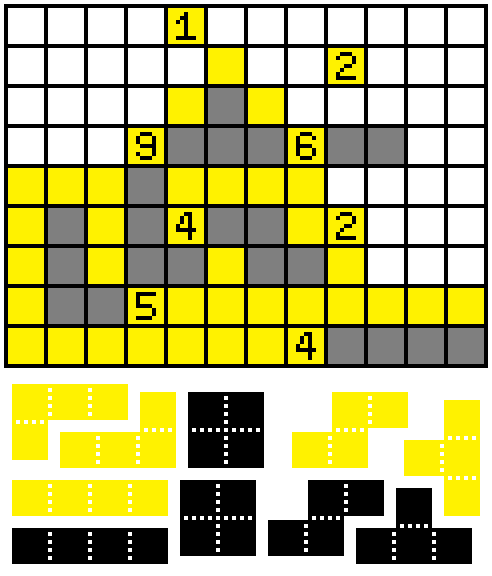 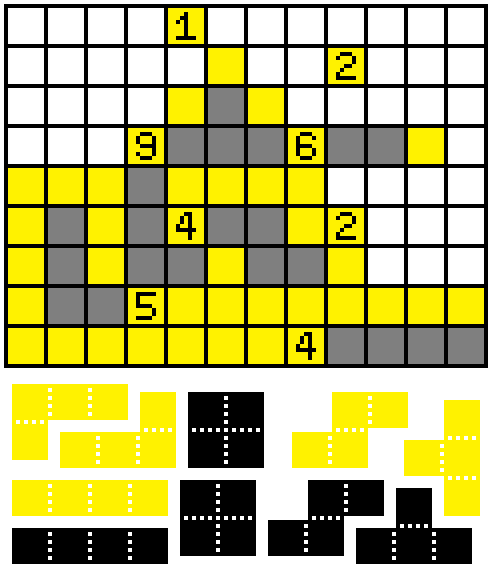 As it turns out, this branch must be exactly 2 squares in length. If it were 3 squares, then this is a contradiction because the last piece that has a 3-square base must be used for the 9 in the top-left corner. If it were 4 squares, this contradicts the 6.
Since this implies that the square north-adjacent to the 6 must be filled, this completes the piece: 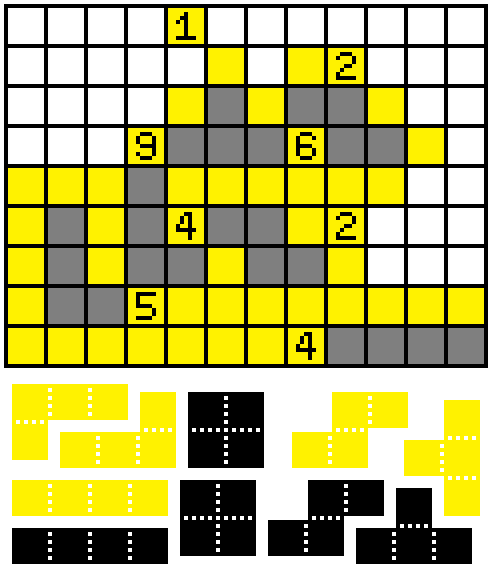 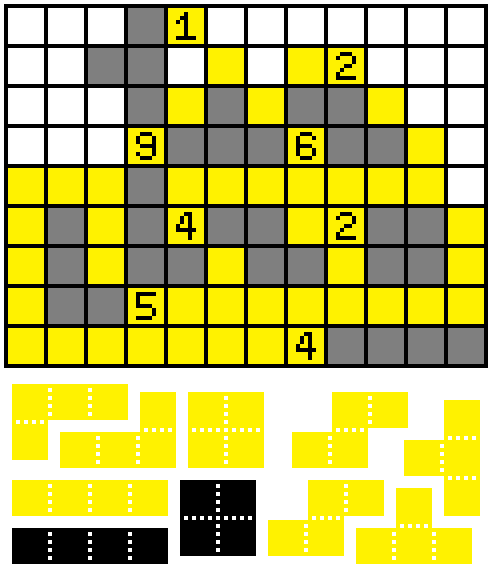 There's only one way to fit the rest: 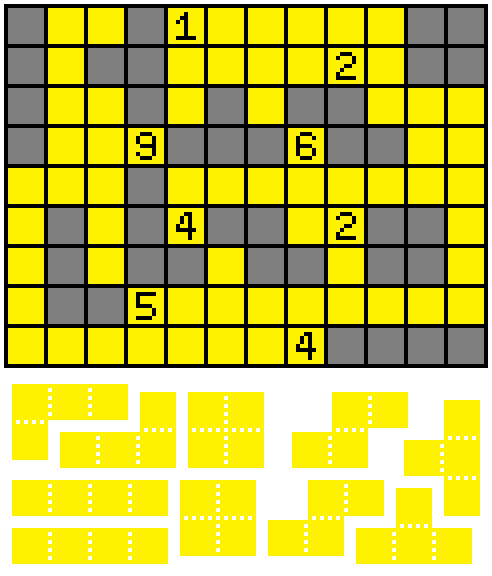