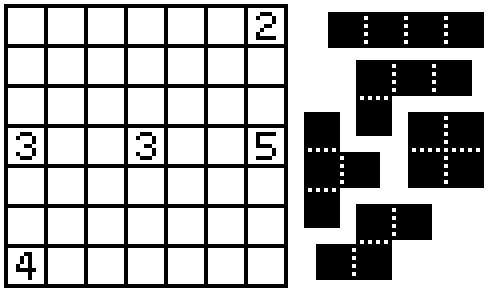 The 4 can have at most two cells shaded to the north, so the two cells east of it must be filled in.

Then, since the unshaded cells (including the numbers) must be connected, the cell north of the 4 is also unshaded, and the four cells to the east of the 4 must be the I-tetromino. 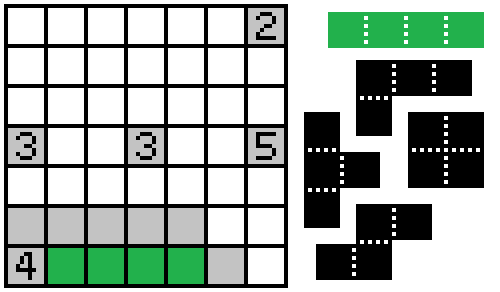 The 5 can have at most two cells to the north and two to the west, so the cell south of it must be shaded. 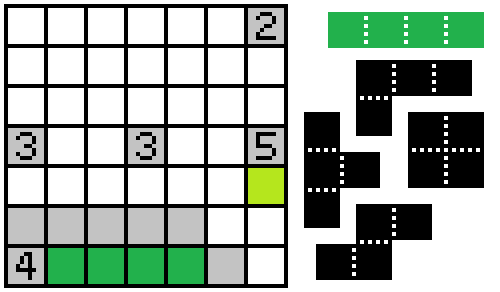 The lone unshaded square at the east end of the "I" doesn't have any way of connecting with the other unshaded cells just by going farther east, so the cell north of it must also be unshaded. 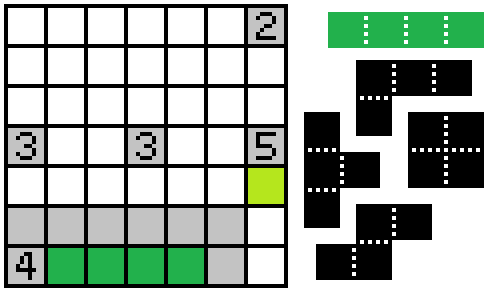 The 5 must also be connected to the other unshaded cells, meaning at least one orthogonally adjacent cell is also unshaded. That means two cells are connected to it going either north or west, and all three cells to the south of the 5 are shaded (this is the exact same logic I applied to the 4 and the 2, but for some reason I failed to apply it to the 5 until after it was pointed out by @Omega_Krypton). 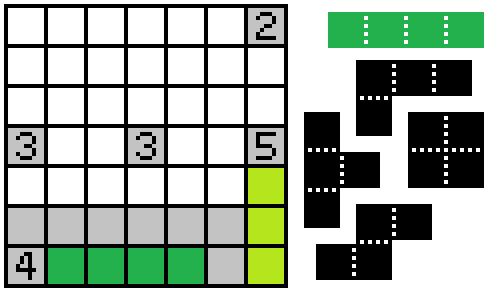 It's obvious that the only shape that fits into the bottom left is the L-tetromino, which means the cell west of the 5 is adjacent to it and unshaded, and the two cells between the 5 and the 2 must be filled in. 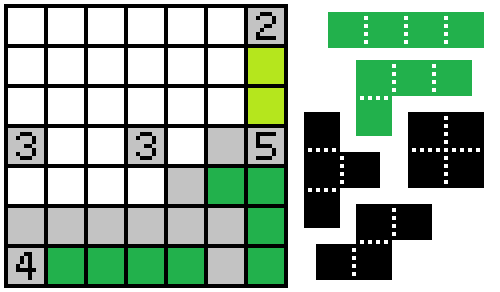 Again the 2 must be connected to the other unshaded cells, so the square to the west is unshaded, and the only shape that fits below it is the O-tetromino 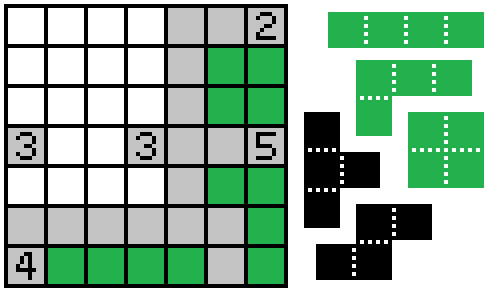 The T- and S/Z-tetrominoes are left to connect to the last two numbers, both 3s (in a symmetrical layout, no less). Now, if either of the shapes were to contribute to both numbers, it would be by sharing the two cells between them, meaning the final shape would have to connect just one cell to one or both of the numbers, which is just not possible in the space given.
Thus, the last two shapes each connect 3 cells to one of the last two numbers.

For the T-tetromino, this is only possible on the north vertical of either number. The S/Z can then sit a top the other number, with two cells shaded to its north and one to the inside, touching only the corner of the T.
However, if the T is north of the central 3 and the S is north of the western one, the block of unshaded cells in the northwest corner is disconnected from the rest. 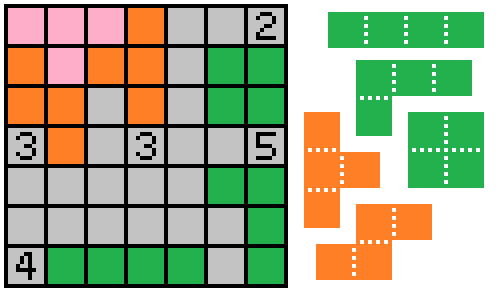 Thus, the T must be above the western 3, and the Z is above the 3 in the center: 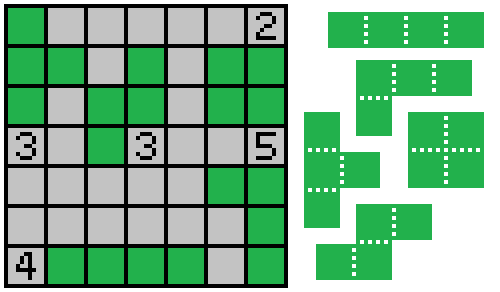 The answer has already been posted by @geekahedron, yet here is a simpler approach: 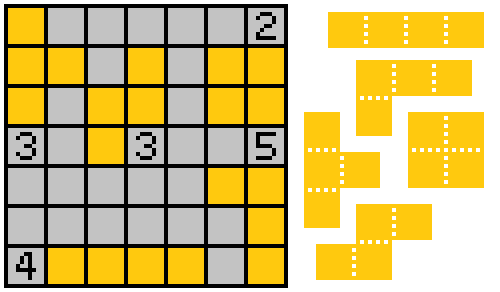 One simple yet crucial thing to note:

since all numbers are unshaded, at least one direction must be free (0)

Yet for the 5, up/left must be free so we can directly shade three blocks below the 5. 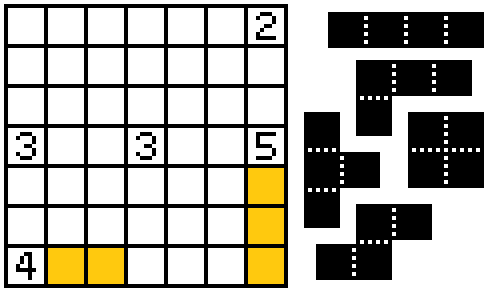 Then, the optimal way to conquer the 2 fast, while supplementing the 5 (just found out the note applies to 4 as well here, eliminated several grids: 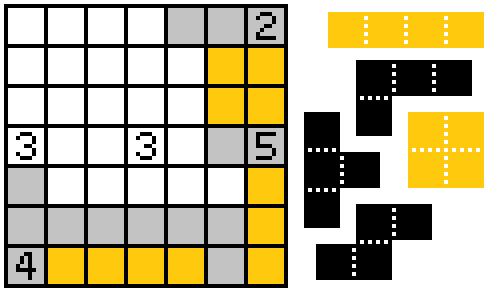 This clears the way for the piece below the 5: 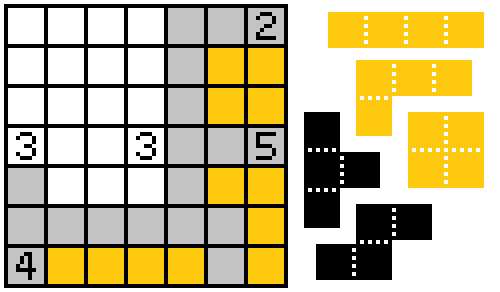 To prevent the piece connected to the 3 on the left to cut the grey part into two pieces: 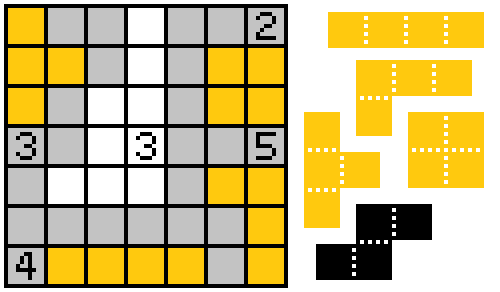 Finishing up... and we're done!