On a puzzling spree

This puzzle is part 18 of Gladys' journey across the globe. Each part can be solved independently. Nevertheless, if you are new to the series, feel free to start at the beginning: Introducing Gladys.

I had a big, history-themed tour today. There are so many fascinating things to see that it can get pretty overwhelming.

I have to admit that lately I've been spending a lot of time on a relatively small area. I have to pick up the pace a little for the rest of the trip. The final destination is still far away.

The answer to this one consists of two common 6-letter words. Have fun! 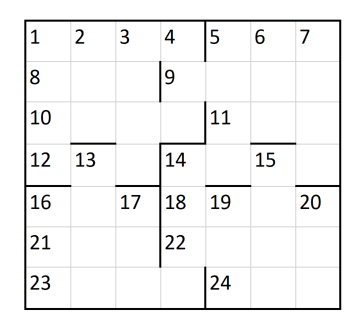 Gladys will return in "Drums and punctuation". 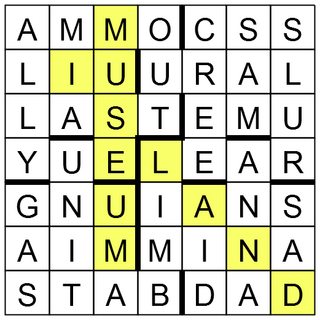 Some feedback on crossword cluing:

A lot of the clues don't really work according to regular crossword rules -- they describe actions that specific people do or qualities that something has, but don't really define it. For example, "Required for shooting" cluing AMMO -- that should be "Thing required for shooting". AMMO is a noun, so the clue has to be a noun too: in crosswords, clues should match in part of speech. Several of the clues here have this problem: 1A, 12A, 16A, 21A, 15D, and 17D.

Also, 2D and 5D have the opposite problems (cluing adjective answers as if they were nouns).

Not the answer you're looking for? Browse other questions tagged knowledge crosswords word-search or ask your own question.