Stuck on this Sudoku puzzle. Please Explain the logic 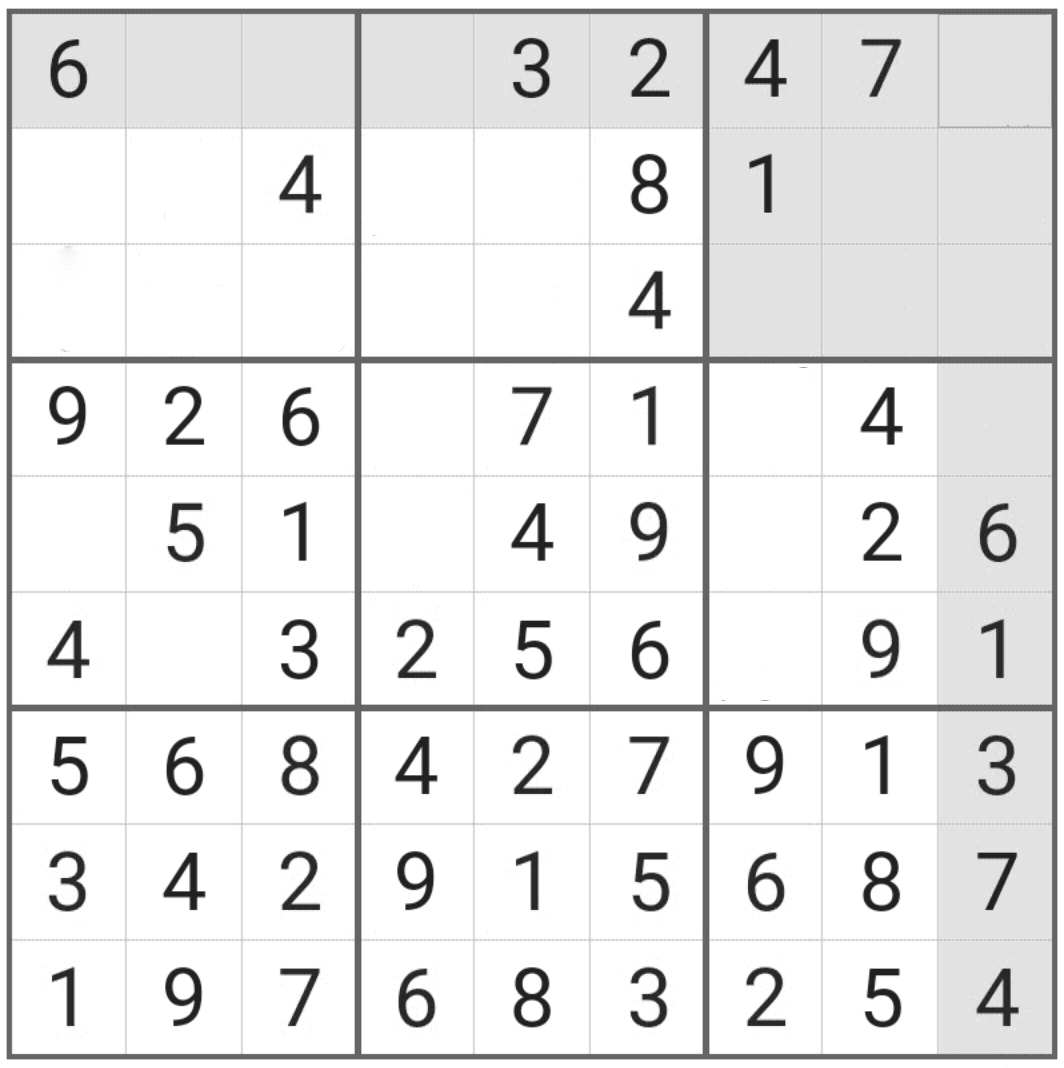 I have completed this puzzle with the help of hints from the app. But I am not able to figure out the logic. I normally proceed by placing sure (unambiguous) digits first. Then repeat. But here I am not able to get any sure digit.

Please help with the explanation.

This puzzle comes from the "Sudoku.com - Free Game" app for Android available on Google Play here:

This puzzle is one of the daily challenges for the date 6th May 2019. The first picture posted is a partially solved puzzle.

I know the partial solution is correct as I have the app configured to automatically report incorrect entry as soon as I fill it.

The unsolved puzzle is given below: 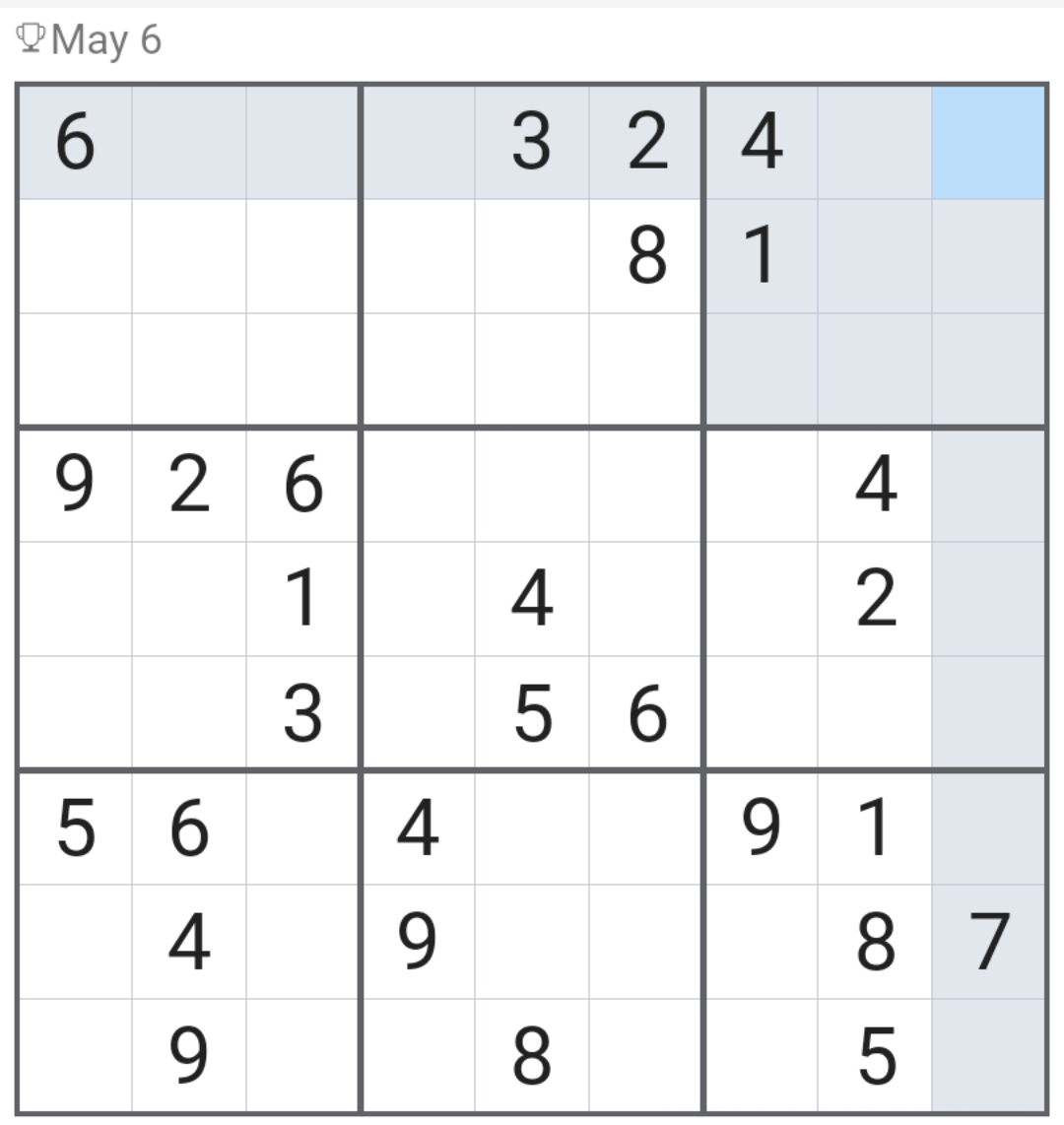 Yes, this is a Sudoku where you need slightly trickier techniques.

You have very few spaces in the middle row of boxes. They are mostly linked, so if you were able to fill in one of those cells, the rest would follow. After that, the first obvious cell you would be able to fill in would be cell C7 (third row, seventh column) because at that point it would be the only empty cell in column 7.

However, you don't (yet) know how to fill in the middle boxes, but it could be helpful to look at the reverse dependency, i.e. look at what the effect would be of filling in C7, because that would have a lot of immediate consequences on the middle boxes and the rest of the grid.

Fill in the possible black pairs as shown.
Then assume the left-hand digit is the correct one.
You can then quickly fill in some definite cells, but it comes to an impossibility.
So the right-hand pairs are the correct solution.

It is a useful technique: just pick one option and see if it follows through.
Later on, the red pair 18 is found. If you pick the 1 you again find a solution is impossible. 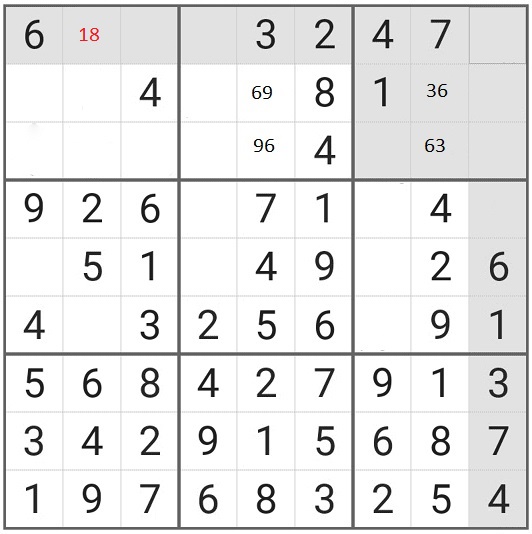