This puzzle is part 2 of Gladys' journey across the globe. If you're new to the series, feel free to start at the beginning: Introducing Gladys.

Today I spent the entire day outdoors. There are so many enjoyable parks and gardens in this area. Who says you can't enjoy nature in a big city? The puzzle I'm sending you is a word chain. The name of my destination consists of two words. Have fun! 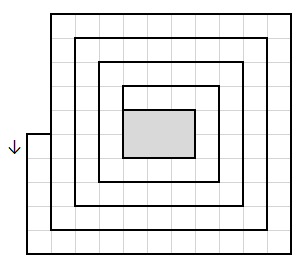 Gladys is in the

Many of these were also solved by @hexomino, but I haven't looked at their answers ... except that I wasn't able to figure out #10 and peeked at that one, which apparently was actually solved by Chris Cudmore in comments. Kudos to Chris!

Piecing these together we get:

There is one thing I don't understand:

the definition part of #16. The wordplay is clear enough, but the definition has to be "Kal-El's dad" and I am failing to see why that should be NICOLAS rather than either JOR-EL or JONATHAN. [EDITED to add:] Thanks to El-Guest for setting me straight on this one. It turns out that Nicolas Cage actually named his son Kal-El. Gosh.

1. A pope essentially munched alongside me during a period of fasting (7)
Solved by Chris Cudmore

Clement = munched + lent with me in the middle.

6. For every leading actor group, a prediction (8)

Forecast = For every + cast (actor group)

Seagulls = anagram of "a guess" around jolly