Can someone solve this kakuro?

Can someone solve this? Please tell me how you did it. 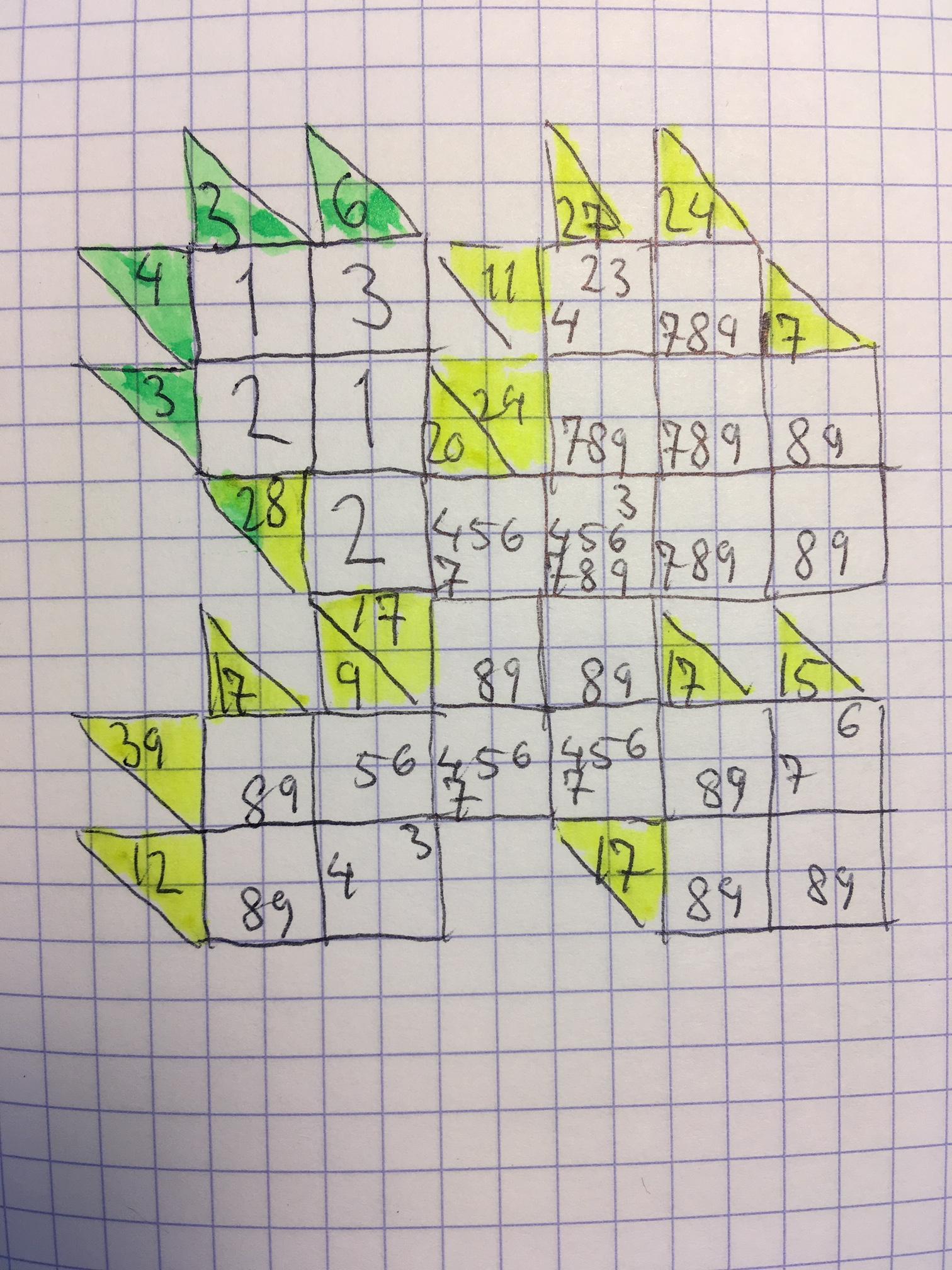 I play this game too! I think athin's answer gets you the bottom-right 2x2 and the bottom-left 2x2. I did a similar guess-and-solve to figure the rest. (The undo feature helps this, since it preserves your pencil marks.)